Bringing you the highlights from a vital cinematic movement

The new wave cinema movement emerged around the world from the 50s to the 80s as a rejection of conventional cinematic production techniques and narratives, which many young filmmakers saw as formulaic and played out. New wave films often eschewed conventional narrative patterns in favour of non-linear storytelling focused on feelings rather than a plot, used non-professional actors, and experimented heavily with the way that shots were framed and filmed.

However, Hong Kong's new wave cinema movement was arguably more restrained by financial considerations than its regional contemporaries, as the production of many films were financed primarily by pre-sales. This resulted in several key stylistic differences – a tendency to stay within traditional genres, the casting of celebrity actors, and a lack of the 'stillness' that made other new wave titles from abroad conceptually interesting yet challenging to watch. As such, films from Hong Kong new wave are more down-to-earth and accessible than one might expect; it's more than likely that you've watched many new wave films without even knowing it. But despite restrictions, these directors still produced progressive films that ultimately pushed the envelope for cinema forward. By Ethan Lam

RECOMMENDED: If you’re in the mood for – no pun intended – something else to watch, check out our lists of best rom-coms, comedies, horror films, wuxias, and even x-rated flicks.

Director Ann Hui is one of the most well-known and celebrated faces of Hong Kong’s first new wave, but Song of the Exile is often glossed over in favour of her other films like 1982’s Boat People. Song of the Exile touches on a whole host of social issues that continue to be relevant today. Revolving around the strained relationship between Hueyin (Maggie Cheung), an overseas university graduate returning to Hong Kong from London, and Aiko (Lu Hsiao-fen), her Japanese immigrant mother, Song of the Exile is a compelling inquiry into diasporic subjectivities, migration, belonging, and familial silence.

Anita Mui plays Fleur, an old-world ghost from the 30s returning to the real world 50 years later in search of her long lost lover (Leslie Cheung), who she failed to locate in the afterlife after their suicide pact. She eventually forges a – at times, uneasy – friendship with local newspaper writer Yuen (Alex Man) and his girlfriend Chor (Emily Chu), who promise to help her. Mui’s elegant and otherworldly performance here is one for the ages – to put it bluntly, she’s absolutely ghostly. It’s hard to imagine anybody else managing to convey the ethereally melancholic loneliness that Fleur feels. After all, who could ever possibly understand her tragedy and how she feels? She quite literally hails from a different era.

Director Stanley Kwan was one of the most prominent figures to emerge from the second wave, and thanks to gorgeous films such as Rouge, it’s not hard to see why. Rouge rightfully has a place as not only one of the best films amongst the new wave, but also one of the greatest Hong Kong films of all time.

If the entirety of A Better Tomorrow was exactly like its opening scenes, it would probably still be known as one of the best action flicks that the city has ever produced. The opening shots ooze effortless machismo and charisma, depicting Ho (Ti Lung) and Mark (Chow Yun-Fat) – two high-ranking triad members – ribbing each other in a padded limousine, entering their secret base, and watching gleefully as counterfeit bank notes are printed in front of them, all while sporting jet-black trench coats and shades. And of course, few shots in the past couple of decades are as iconic as Mark burning a USD100 bill to light up his cigarette.

A Better Tomorrow is not exceedingly deep, romantic, or cerebral – it’s ultimately just about a guy trying his best to do some good in his life – but that relative simplicity and the focus on its characters’ emotions are what makes us sympathetic to them. Over-the-top action scenes – think seemingly invincible combatants and gunmen dual-wielding pistols – are just the cherry on top. As such, A Better Tomorrow single-handedly set the stage for the ‘heroic bloodshed’ genre that has since become the global standard for action movies.

Potentially one of the artsier films on this list, Nomad is often held up as a shining example of Hong Kong’s new wave cinema. Two young couples – Louis (Leslie Cheung) and Tomato (Cecilia Yip), as well as Kathy (Pat Ha) and Pong (Kent Tong) – lead wandering and aimless existences together, living out their days in a collective haze.

It might be easy to write Nomad off as nothing more than a stylish and moody coming of age film – despite the fact that its characters are all young adults – but the film is more than that. Nomad is a reflection of the wistful ennui of youth, of how the existential dread of youngsters is often concealed by indulgence and acts of reckless abandon (sex on an actual moving tram, for example!) The film comes to a rather confusing and abrupt end – we won’t say too much, but it involves Japanese assassins – making it all the more unsettling.

Dangerous Encounters of the First Kind (1980)

A sociopathic teenage girl named Wan-Chu – who in a few scenes, quite literally tortures small animals for fun – witnesses three high school boys kill a pedestrian in a hit-and-run. She blackmails them into forming a tenuous friendship/criminal partnership with her, and not long after, the group find themselves accidentally caught up in an international arms deal that has gone awry.

By far the darkest watch on this list, the first version of Dangerous Encounters of the First Kind was so shocking and controversial that it was initially banned by the authorities, only being allowed back into theatres after a substantially less violent edit was made. And even then, it’s still hard to watch at times. But if you make it past the brutality, you’ll find a challenging work that reveals much about racial, economic, and cultural tensions present within the city at the time. If the other films on this list are odes to the city, warts and all, then Dangerous Encounters of the First Kind is the opposite – an outraged, indignant breakup letter that puts those warts front and centre and forces you to take a good look at them. 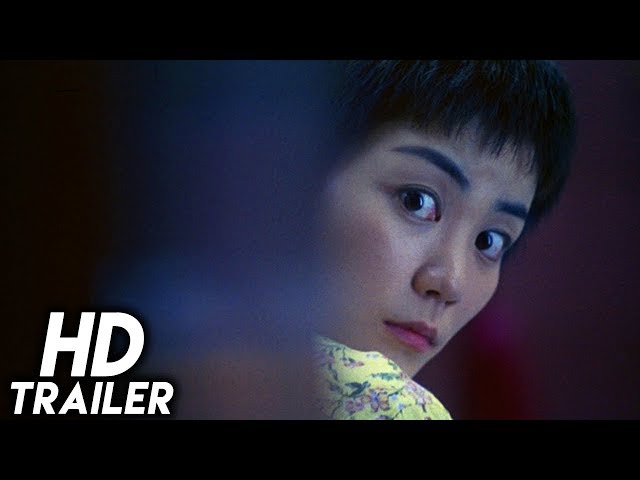 Having launched his career as a director at the very tail end of the new wave movement with As Tears Go By in 1988, there is some debate as to whether or not Wong Kar Wai’s work qualifies as new wave cinema. But there’s a reason that his filmography is so critically acclaimed and so popular even decades later. To many, Wong is the most important director to come out of Hong Kong in the modern age – his affinity for nostalgia and sentimental longing speaks to those of us who call this sometimes cold, sometimes too-fast city home.

Chungking Express is a favourite amongst both critics and crowds. It’s lighthearted and accessible, bearing the saccharine sweetness of pop culture – the film tells two parallel and loosely connected stories about lovesick policemen with odd quirks, and in Wong’s own words, “After the very heavy stuff, heavily emphasized in Ashes of Time, I wanted to make a very light, contemporary movie...” But it’s also the grounds for some daring experimentation – some of the most stunning examples of Wong’s signature step-printing technique are on display here, and the way that he frames shots through hallways, around corners, or even using mirrors is nothing short of stunning. And of course, the colours! Stuffed to the brim with fluorescent, isolating, despondent blues, and the warmest reds and orange tones imaginable, every still from this movie could easily be an art print. After all, there’s a reason that Chungking Express is cited as a fundamental inspiration by so many creatives, both in Hong Kong and abroad. 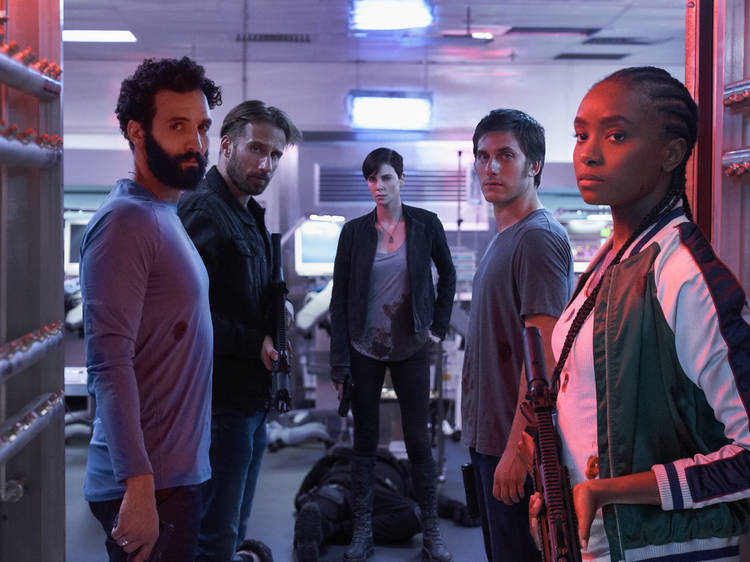 This month, expect feel-good reality shows, hilarious rom-coms, and action-packed movies. So, you know the drill – grab the popcorn, settle down on the couch, and let’s run through some of the best films and shows to watch on Netflix in July.