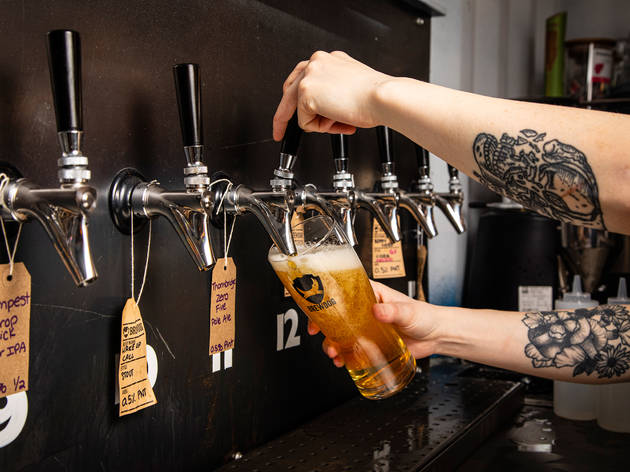 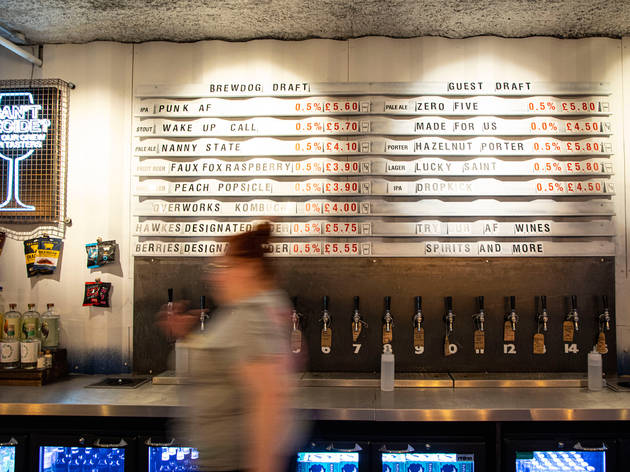 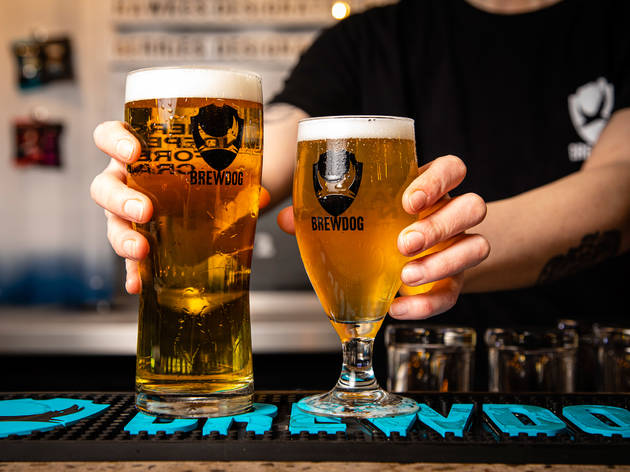 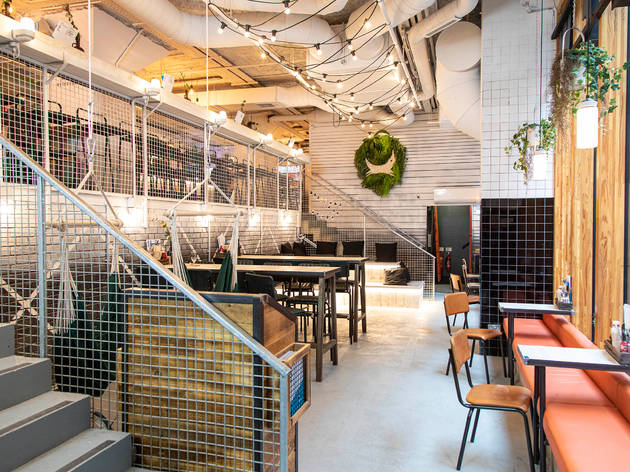 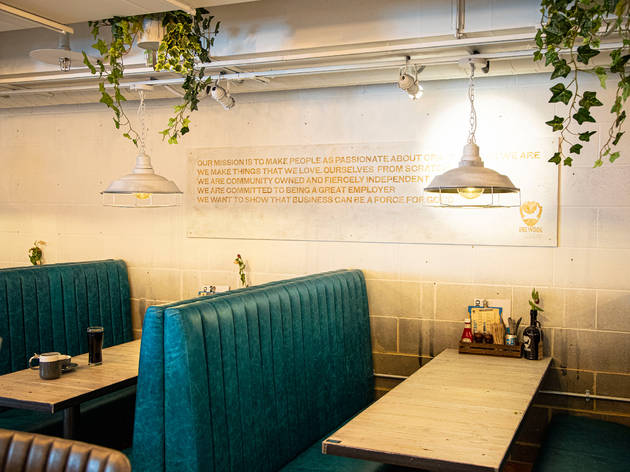 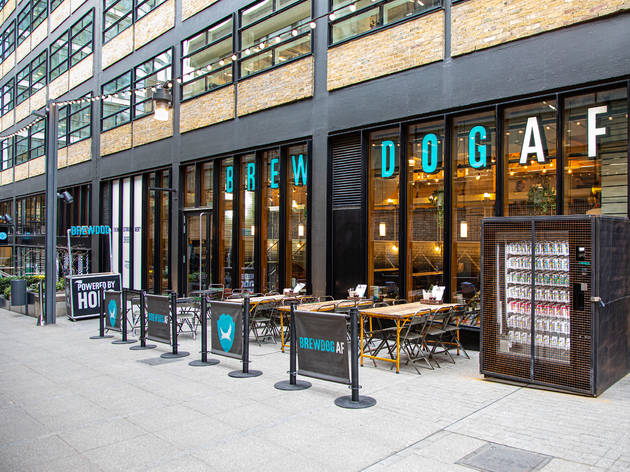 Aberdeen’s now-global beer brand has led its fair share of ‘disruptive’ marketing campaigns – from flagging the launch of its first London bar with a fleet of tanks rolling down Camden High Street to clunkily addressing the gender pay gap with a pink-branded beer for women. Even if it’s supposedly a world first, opening alcohol-free BrewDog AF Bar at the start of Dry January feels like a safe play by contrast, a bit like getting a mortgage in the suburbs after years of wayward partying in the capital. Especially as millennials and gen Zers are drinking less than generations before them.

And yet, sensible choices aside, drinking here feels revolutionary. The bar was totally packed when I visited during a month when the average Londoner has gone into hibernation, and the only seats left were an awkward pair of hammocks by the entrance. While the pure, white decor feels a little contrived, there was a genuine buzz in the room – only slightly more muted than you’d find in your average bar. As for the drinks, those scarred by past experiences of drinking alcohol-free beers that tasted more like – as my grandad would have put it – gnat’s piss, might be pleasantly surprised.

There are 15 taps (although one of them wasn’t functioning on my visit), and about half are dedicated to BrewDog – from old familiar Nanny State to a new stout and a hazy pale ale that nailed the hazy part, if not the juiciness that goes with a larger ABV. The Faux Fox Raspberry was a decently sour Berliner Weisse not dissimilar to BrewDog’s hibiscus kombucha, also on tap. The rest of the taps showcase strong (not by percentage!) options from peers – including Brooklyn’s Special Effects and Lucky Saint’s lager – while the fridges are packed with sodas and dry wines.

I was taken aback by the price of a half-pint of fruit beer (£3.90), but then I discovered that punters get free refills throughout January if they bring their receipt to the bar. It’s a shame they’re not doing this year-round. That would be one disruptive gimmick we could get behind.