‘I can’t stand to watch Africa be misrepresented. It hurts me too much.’ So says French-Senegalese filmmaker Mati Diop. Her acclaimed debut feature film ‘Atlantics’, which hits cinemas and Netflix simultaneously on Friday, is the perfect riposte to lazy depictions of life on the continent. Set in Dakar, it’s the compelling story of a teenage girl, Ada, whose lover goes missing. Diop’s hypnotic film mixes the spookiness of a supernatural chiller with the social punch of a neo-realist drama. It’s unlike anything else you’ll see this year.

The actor-turned-filmmaker was born into a multi-talented family. Her father is the musician Wasis Diop and her uncle was the prominent filmmaker Djibril Diop Mambéty (director of 1973 Senegalese classic ‘Touki Bouki’), whose presence Diop still feels. ‘I didn’t get to meet him because I was quite young when he passed away, but I think his films were very mythical. His was a magnetic and charismatic story.’

Her 2009 short film ‘Atlantiques’ explored the subject, showing young African men taking to the sea in flimsy boats. With ‘Atlantics’ she’s flipped the perspective from the men to the women left behind. ‘I was interested in the woman’s point of view,’ she explains. ‘I think that point of view came from me.’ For her leading actress in ‘Atlantics’, she was looking for ‘an extremely rare bird’, and after seven months, she found that quality in newcomer Mame Bineta Sane, who exudes an arresting combination of determination, vulnerability and enigma.

As an actor, Diop has those same qualities. They led French arthouse great Claire Denis to cast her in 2008’s Paris-set drama ‘35 Shots of Rum’. It was a formative experience for the aspiring filmmaker. ‘The more I make films, the more I realise how important the experience of becoming an actress for Claire Denis was,’ she says. She explains that it helped her better understand the eerie connection between actor and character. ‘At the end, the character is you,’ she explains. ‘I think it’s how I approach casting, how I approach the work with my actors. It’s a very mysterious and deep relationship.’

She’s uncomfortable with questions about being the first black woman to be nominated for the Cannes Palme d’Or – you get the sense she likes being categorised even less than her movies do. She says that promoting ‘Atlantics’ at the festival made her feel more like a symbol than a representative of her own film. ‘I think being first a woman, and also not being white, being called black or mixed or French-Senegalese or whatever, it obviously takes a lot of space.’ Despite those misgivings, she is keen to represent Africa, and the migration crisis, to as wide an audience as possible. ‘My film is talking about a very real geopolitical context,’ she says. ‘I want to give [people] the chance to experience a new relationship with Africa.’

She has another agenda in mind, too: to do with this mystical, impossible-to-define film what ‘Black Panther’ did with the superhero genre. ‘I made this film for black [people] to give them a chance to see themselves in the mirror. I also wanted to give the audience the possibility to identify with two black characters – to experience a black character and totally forget about his colour and his background. I want them just [to accept him] as a mythical hero.’ 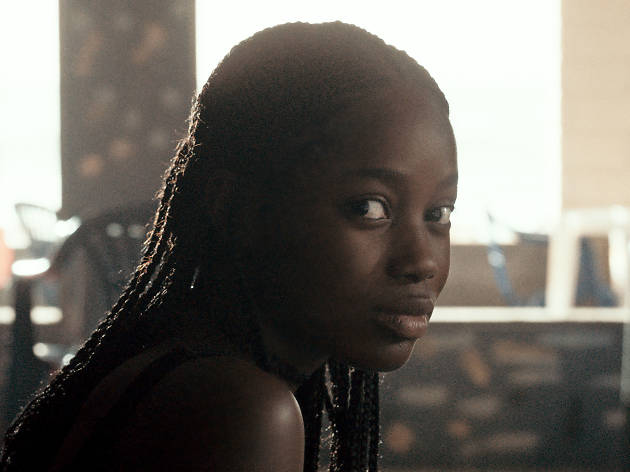