Never heard of Jessica Williams? Here are a few facts. She’s 27. She’s got a quarter of a million Twitter followers. She co-hosts the live podcast ‘2 Dope Queens’ with her BFF. And, until she quit last year, she was the youngest ever correspondent on ‘The Daily Show’, the US late-night news satire programme. Oh, and she’s absolutely crazy about Harry Potter. I’m pretty keen on The Boy Who Lived too, so it’s an effort to stop our chat becoming a fangirl sesh.

To add to her achievements, she earns her leading lady stripes this week, as the star of ‘The Incredible Jessica James’, a millennial romcom movie that lands on Netflix on Friday. Williams is Jessica, a struggling playwright in Brooklyn trying to figure life out after a break-up.

In real life, Williams is as warm and funny as her character. She has infectious energy; it’s no wonder writer-director Jim Strouse penned the script with her in mind.

What was it like having a movie written for you? Pretty cool, huh?
‘I was really flattered. I was like: Who, me? I’d only played supporting characters before. It felt really cool to be understood; by a white dude as well.’

How much is Jessica James based on Jessica Williams?
‘We’re pretty similar, but she’s a lot bolder than I am. Because of my work on “The Daily Show” people think I’m more extrovert than I am.’

‘People think I'm more extrovert than I am’

You went straight from college into ‘The Daily Show’. Did you skip having a mid-twenties crisis like your character has?
‘No, I totally had that “life might not do what I want it to” moment. Getting “The Daily Show” was a surprise for me. It was my first adult woman job. I had to learn a lot about myself and toughen up.’

There must have been a lot of pressure.
‘It was wild. It was also the first time I experienced really aggressive racism. The first time I was called “nigger” was on social media. It really bothered me. After every piece I would go online and be devastated that someone could be so mean.’

How did you cope?
‘I just stopped caring at some point. You can’t make people like you. You can be the orangiest orange but at the end of the day somebody is still going to want an apple.’

Was filming the sex scene in ‘The Incredible Jessica James’ awkward?
‘I grew up in a super-religious house. My parents were ministers but they have always been supportive of comedy. Watching the sex scene, I was gripping the chair, side-eyeing my mom. But we got through it! ’

Your mum told you to ‘never be average’. Is that part of what drives you?
‘It’s what gives me massive anxiety, but it speaks to the experience of being a minority. Being a black woman, often you do have to work harder to get something a straight white male will get easily. I didn’t know what she was talking about when I was younger, but it rings true.’

Did you always want to act?
‘No. I was quiet, an intense book-reader as a kid. I was lucky to grow up with the Harry Potter books. It’s the greatest gift. I learned so much, about right and wrong, choosing friends, being brave and what it looks like to be a tiny hateful person. JK Rowling made me fall in love with stories and what makes people tick.’

So, what’s next?
‘I sound like a dweeb, but I want to find out what makes my heart sing. I need to do some soul searching. Maybe I’ll climb a mountain and“Eat Pray Love” myself.’

How about a role in ‘Fantastic Beasts’?
‘Man, I would cry for like a week! It would be awesome to play a badass wizard. Obviously I already know my Patronus. And my house: I’m Gryffindor.’

‘The Incredible Jessica James’ is on Netflix from Fri Jul 28. 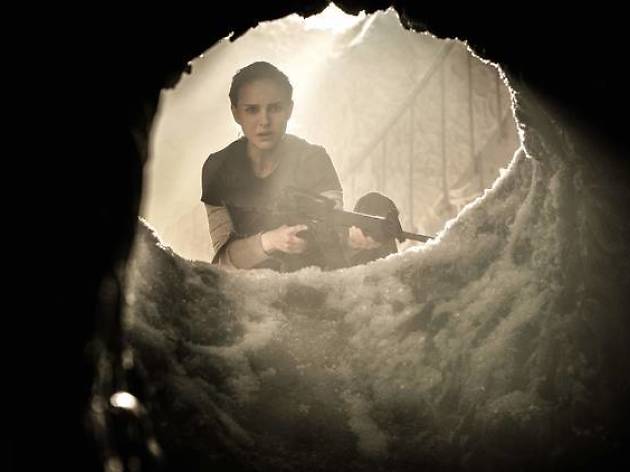 Here's our (regularly updated) pick of the 30 best films to watch on Netflix UK right now...