My Account My Profile Sign out
My Account
Search
Worldwide Europe United Kingdom England London Joaquin Phoenix: 'I was not gonna be the limping actor for most of a movie, I fucking hate that'

Joaquin Phoenix, barely awake, shoves open a window and gets smoking. It’s early on a Saturday morning in London and he’s groggy with jetlag – a man in his own time zone. In truth, he’s seemed like that from as far back as 1989’s ‘Parenthood’, which he made when he was only 14. An anti-movie star who marches to his own beat, he seems forever askew with the world swirling around him.

‘Gladiator’ made him a star, and ‘Walk the Line’ made him a superstar, but since then he’s skipped mainstream movies. Instead, he’s found directors – Spike Jonze, Paul Thomas Anderson, James Gray – who have enabled his most freewheeling, jagged performances.

Joining that list is Glaswegian Lynne Ramsay (‘We Need to Talk about Kevin’) for ‘You Were Never Really Here’. It’s about Joe, a traumatised ex-Marine who now works as a killer for hire and likes to dispatch his targets with a hammer. It’s a dark, dreamlike affair that leaves quite the stench. Packing a big old gut, Phoenix is a tower of power whose soul is almost lost. In person, he’s as reflective and intriguing as ever. ‘I read other filmmakers’ interviews sometimes and it seems like everybody’s had it all figured out,’ he tells us. ‘That’s never really been my experience.’

What were your thoughts on developing this character after signing up?
‘One thing we changed early on was [that] I was supposed to have been shot in the leg. To be honest, I just was like, “I’m not gonna be that limping actor for three-quarters of a movie, I fucking hate that in movies. Maybe he can get shot somewhere else, like the face.” I didn’t want to spend five weeks doing a fake limp, you know what I mean?’

This story could have been the premise for an action movie, but your film subverts that idea.
‘Yeah, the clichés of the genre made me nervous. From our first conversations, we wanted to make it authentic. We didn’t want Joe to be using violence to save a girl from violence. We were trying to get away from the idea of a man-hero rescuing a woman. I was repelled by that idea.’

Joaquin Phoenix as Joe in 'You Were Never Really Here'

Was your bulking up part of that? He’s not exactly a muscular action hero.
‘Yep. For the last ten years, virtually every character in these things is thoroughly ripped. If you’ve ever done that kind of work, you know that to have that body, you’re working out and doing these diets and doing shit to remove all body fat. This guy used to do that, but he’s not going to have a ripped body now.’

Do you watch the sort of films that do the things this one doesn’t – the Bonds, the Bournes…?
‘I’ve seen some of those movies. I mean, if you wanna have entertainment, there’s nothing wrong with them, but it’s time to have some variation. Though I think those films can be enjoyable [with a good] filmmaker. Paul Greengrass, who did some of those “Bourne” films, is a very good director. I will watch those kinds of movies, I don’t just watch Truffaut movies and shit.’

On a different note, Bret Easton Ellis recently mentioned that you’re taking karate classes.
‘That is absolutely not true. What I do is, and I made this perfectly clear, is yoga at a karate studio in which you use a traditional gi [uniform].’

How’s it going?
‘It’s horrible. I find no pleasure in it whatsoever. I can endure pain if I feel that I’m in control of it, and if it’s brief moments, but the idea of holding a position – that makes me uncomfortable.’

In your next film, ‘Mary Magdalene’, you play Jesus. Was playing him what you thought it would be like?
‘I didn’t really know what to think. I don’t know what it is! [Laughs] The focus of the movie is Mary. I imagine I just walk around in a robe and say a couple of things. [Laughs] Yeah, I don’t know.’ 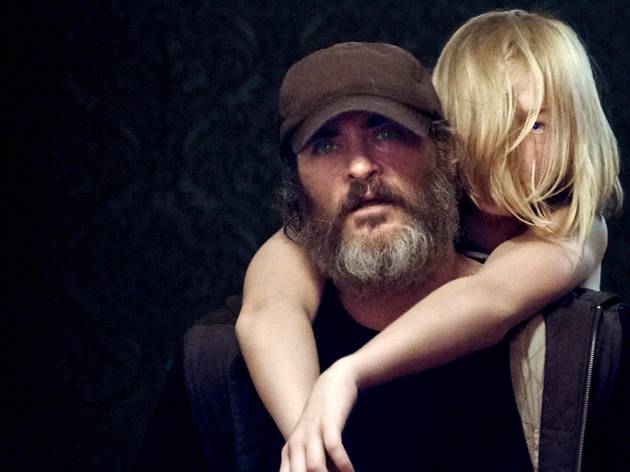