My Account My Profile Sign out
My Account
Search
Worldwide Europe United Kingdom England London Morgan Spurlock: ‘For seven months I dreamt about One Direction’
Advertising

He risked his health eating nothing but McDonald’s meals for a month for the doc ‘Super Size Me’ in 2004. He went on the hunt for the world’s most wanted man in ‘Where in the World is Osama bin Laden?’ in 2008.

For his new film ‘One Direction: This Is Us’, Morgan Spurlock went on tour with the boy band. Nothing risky there you might think – just lashings of cheeky backstage antics and heart-to-hearts. But he’s still got to reckon with the verdict of the sort of crazy-devoted 1D fans who attacked the magazine GQ over a recent cover interview (sample tweet: ‘GQ NEEDS TO SHUT THE FUCK UP BEFORE I BREAK MY GLASS NAIL FILE IN TWO AND STAB THEM IN THE EYES’). Is Spurlock ready?

Are you worried about death threats from 12-year-old girls?
‘Those GQ tweets were amazing. Hell hath no fury like a 12-year-old Directioner. I think we’re fine. I’ve made a film that the fans won’t be too angry about.’

You got liver damage eating junk food for ‘Super Size Me’. Any long-term side effects from going on tour with One Direction?
‘For about seven months I have dreamt about One Direction every night. No kidding. Just last night I woke up in the hotel. Again! This time we were in a van, and we had to get to a gig. Every night.’

What’s the biggest misconception people have about 1D?
‘There’s a few. That they have no talent. That they make millions of dollars without doing any work – they work fantastically hard on the road. And I think people love to think that when you get successful you become a dick. Which couldn’t be further from the truth with these guys.’

You’ve made docs about the evils of fast food and Bin Laden. Now 1D. Has anyone called you a sell-out?
‘I’m not selling out, I’m buying in! There’s a difference. I’ve had people joking with me, but 99 percent of my friends are like: “Why would you not make that movie?” It’s not going to stop me from taking the piss out of something next time.’

Like?
‘To see the launch of this global phenomenon. It’s their first world tour and we were there. I thought that was a good, compelling story. And the day this movie comes out, it’s going to be seen on more screens and by more people in more countries than have seen all my films combined.’

We meet 1D’s mums, but not their girlfriends. Is that so 12-year-olds can carrying on believing Zayn hearts them?
‘No! Early on, I was like: they’re 19 to 21. One of these girls might be gone. Liam had a girlfriend when we started, and halfway through they broke up. That’s why I didn’t want to put girlfriends in. For me it was about the relationship of the guys. They keep each other in check. They rely on each other. I think that’s why they haven’t had some Bieber-esque meltdown.’

So you didn’t edit out Taylor Swift?
‘There’s all this crazy shit that just gets printed all the time. The story came out: Harry Styles demands Morgan Spurlock take Taylor Swift out of the movie. We never even shot Taylor Swift. They were broken up before we ever started filming.’

We never see the band bicker – why?
‘That’s because they don’t.’

Seriously?
‘Anytime anything flares up, it’s over in seconds. It’s nipped in the bud. When you’re on the road for so long you can’t let things fester. I think they realised that really early.’

Was any of the film sneakily scripted?
‘Not one line of the whole movie. Plenty of people have said it’s scripted. But that’s absolutely untrue.’

There’s a lovely scene in Japan, where the band debate about what to do with miso soup, and we get a sense of how young they are.
‘They’d never been to Asia, they’d never been to Japan, I love the way they were so excited. Like when they met Cristiano Ronaldo. They were like kids, giddy to be meeting him.’

Who’s your favourite? Harry?
‘I love them all equally.’

Is that in your contract? Are you legally obliged to say that?
‘No it’s not! It’s not. It probably should have been.’

You let Simon Cowell off with a light grilling. Were you not tempted to go in harder?
‘No. The best thing about Simon Cowell is that when the cameras switch off he’s exactly Simon Cowell. That’s the best. You’re like: yes, you’re exactly the same person. He tells you exactly what he thinks. There’s no filter. He will tell you his opinion outright. You always know where you stand with Simon.’ 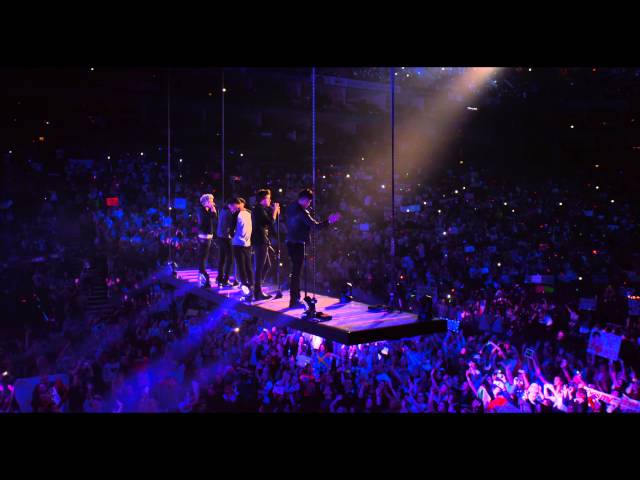 Read our ‘One Direction: This Is Us’ review 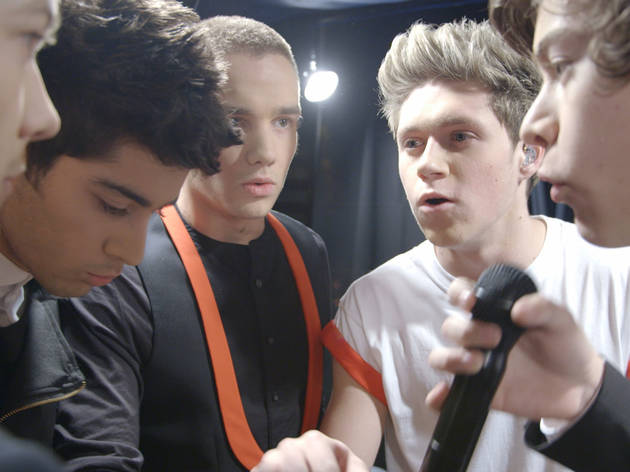 Read review
See the full ‘One Direction: This Is Us’ review
Recommended