'I was 19 and visiting my brother in Spain. I spotted the band walking through passport control. I tried to phone lots of people but no one was answering, so I grew a pair, walked back through security and went straight up to them. I had one of those old wind-on, cardboard, throwaway cameras and remember being mortified. Liam scooped me up and made Gem [Archer, then Oasis guitarist] take the picture. He was so nice and I’ll never forget that. I won’t let anyone ever say he’s a dick. Liam was always easy on the eye and I saw him the other day at a news conference. I still would.’

'Just after Liam married Patsy Kensit, The Sun printed their marriage certificate and it had their full address – so I went down. I spotted a fence and was curious what was behind it. I hoisted one leg over it and scraped my knee on a rusty nail. The scar never went away; it’s a constant reminder of what I did. I’m proud of it. Another time, I gave Liam a present: a small white tambourine with tassels. It was 1998 and I was 15. Years later, when I was at uni, I was phoning my mum when she randomly saw Liam in a shop. She said “You might know my daughter.” He took the phone from her and I told him about the tambourine, and he said “Was it white, with little tassels? I’ve still got that” Well, that really made my day. I still love them. I have that dedication. It’s ingrained, because it all happened at a certain age.’

Anthony Lanni. Got gold with it

'There were quite a few of us outside Liam’s house in St John’s Wood, and a mate told me to ring his bell. I thought it was a bit rude, a bit forward. Anyway, he answered the intercom and was a bit pissed off. We went back downstairs and waited. Twenty minutes later, Liam came to the window asking if anyone had a cigarette. He started chatting to us and you could see all these gold discs on the wall, so I said “Let’s have one of them platinum discs, Liam.” I was a bit of a cheeky git at school. He took it off the wall and said “If you don’t ask, you don’t get.” And he gave it to me. I was in complete shock. On the back he signed it “Elvis”. He said “I’ve done this nice thing for you, so don’t go selling it.” He didn’t have to ask; I would never sell it. The funny thing was everyone started to ask for stuff, so he gave my friend Paul a hole punch.’

Amy Smith. Was a champagne superstalker

On weekends, and sometimes after school, me and my best friend Tracy Jones would rush to St John’s Wood and stand outside Noel and Liam’s houses. It was 1995 and we were 14. Running batteries down in Walkmans, we would sing along to every song from “Definitely Maybe” and “What’s The Story…” right there on the pavement. Sometimes we chased cars, pretending Blur’s Damon Albarn was in them. When Liam sat outside, he’d have us in stitches, bitching about Robbie Williams and anything else he took aim at. Noel would sometimes open his window, so we could hear him practising. He once told Tracy we inspired the lines “Here’s another Sunday morning call, you hear your head banging on the door, slip your shoes on and then out you crawl”. They were so patient, signing stuff, posing for pictures and chatting. Those days were a rush – we’d chosen our team and were dedicated like only teenagers can be. I rarely play their songs now, but if I catch a snippet of an early Oasis song, it stops me in my tracks and I can’t help but smile.’

Read our review of 'Supersonic' 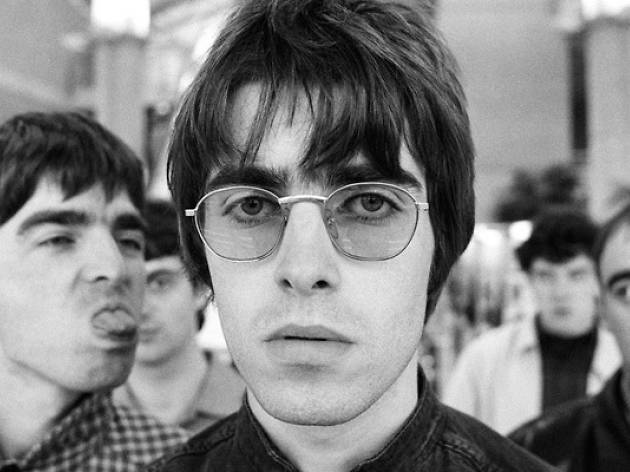 They were obnoxious and belligerent, the songs made virtually no sense and they sometimes seemed to be in it as much for the fame as the music – but good God, Oasis in their prime were something to behold.