A look at the proposed plans for Glendale's freeway cap park

Southern California has finally figured out that more freeways won't solve traffic, hence the massive push for Metro expansions. But what to do with the traffic-choked highways we already have? Top them off with green spaces, as a couple of cities have already proposed or even built. The latest serious contender: Glendale.

Space 134 would build a cap park—disappointingly not a cat park, as Glendale's deputy director of urban design and mobility Alan Loomis joked—atop the 134 freeway, at the same level as Glendale's city streets. Loomis presented an updated plan for the park in front of the Glendale City Council last week, where he sought to push the plans forward after a year of overwhelmingly positive outreach events. That potential approval will have to wait until March 22, after three members of the council return from a trip to Dallas to study the similar Klyde Warren Park. 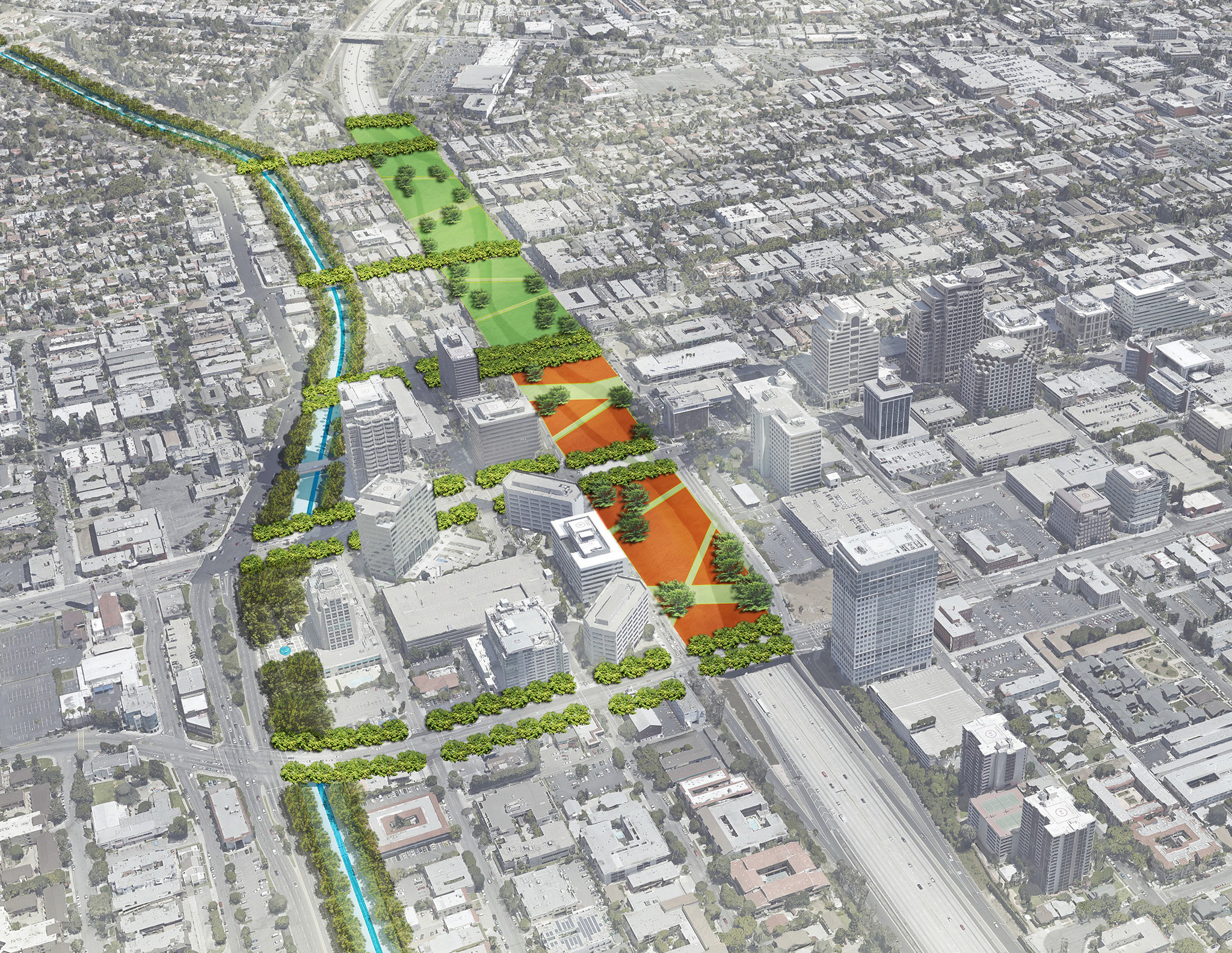 The plan calls for a 24-acre park (just short of three quarters of a mile along the freeway) that would be split into two main portions. The "heart," which would be the first phase, would bring an events-driven civic space with a multi-use pavilion, restaurant and concert area to the Brand Avenue-centered downtown area. Though there's no proposed cost yet, the park's developers cited the similarly sized Klyde Warren Park's $120 million cost as an example. Phase two, meanwhile, would focus on the "soul," a longer, more neighborhood-focused extension with community gardens, sports fields and a sculpture garden that would come later. 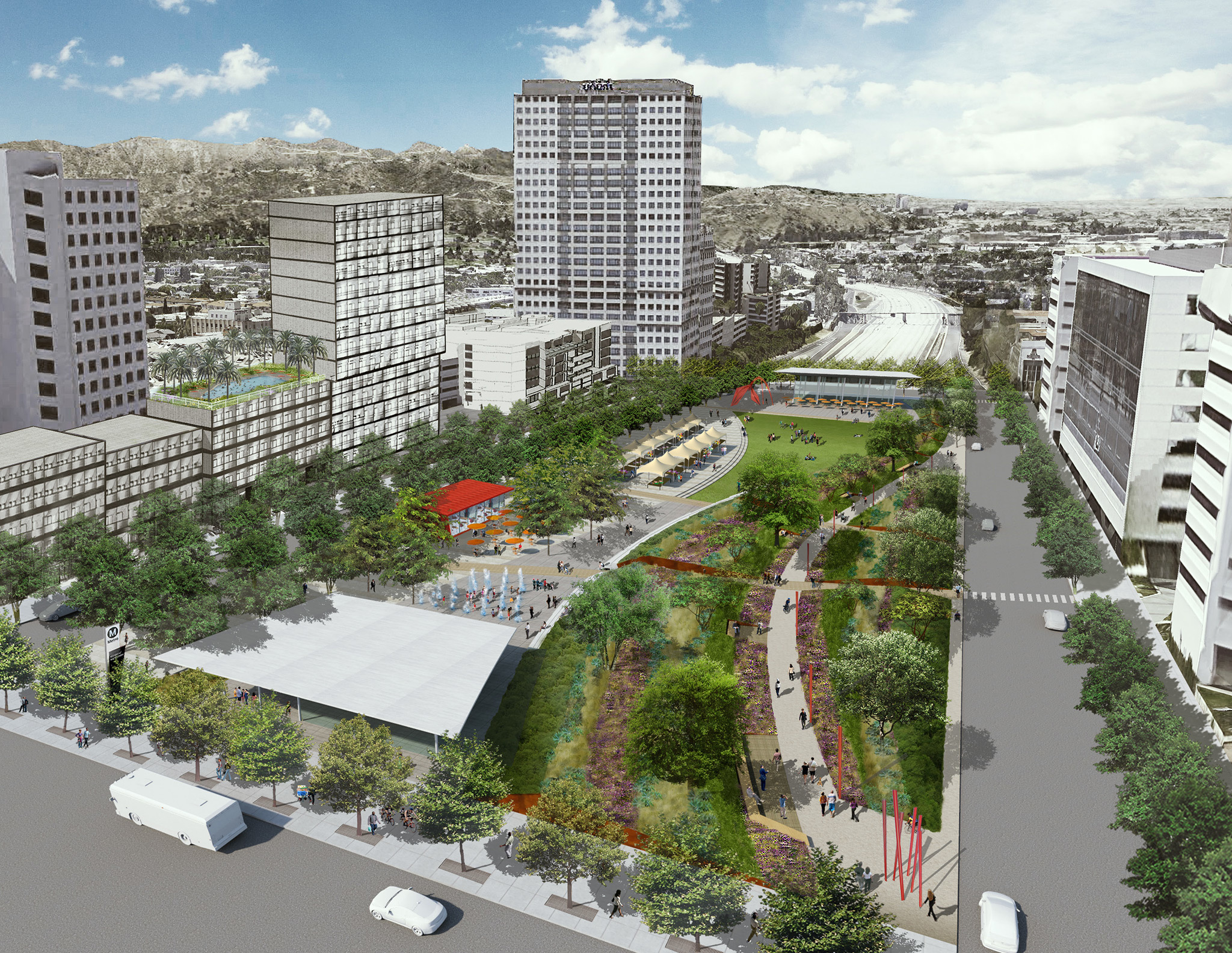 We should point out that none of these renderings reflect the actual design of the park, but rather what Space 134's organizers would like to include—like public transit connections and a bike repair and share station.

Cities don't typically build massive parks like these on their own; making Space 134 a reality will most likely require a partnership between government and transit agencies as well as local endowments and non-profits to cover operating costs. In the meantime, organizers are hoping to fund a feasibility study with $300,000 from the transit-boosting Measure R—though, as Glendale Mayor Ara Najarian pointed out, the project offers little more than a few reconfigured frontage roads to ease congestion.

If the council decides to move forward, final designs and approval aren't likely to arrive until at least 2020, with construction coming sometime after. It wouldn't be the first freeway cap park in Southern California—La Cañada Flintridge's modestly sized Memorial Park sits atop the 210—and it's certainly not the only proposed plan, namely the Hollywood Central Park plan over the 101.