The Whitney Museum of American Art in NYC guide 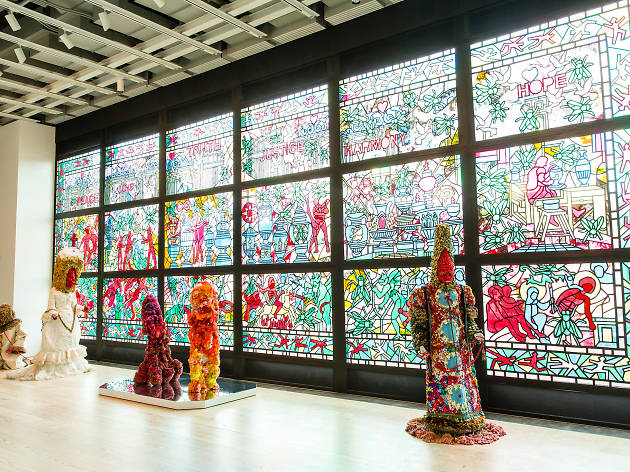 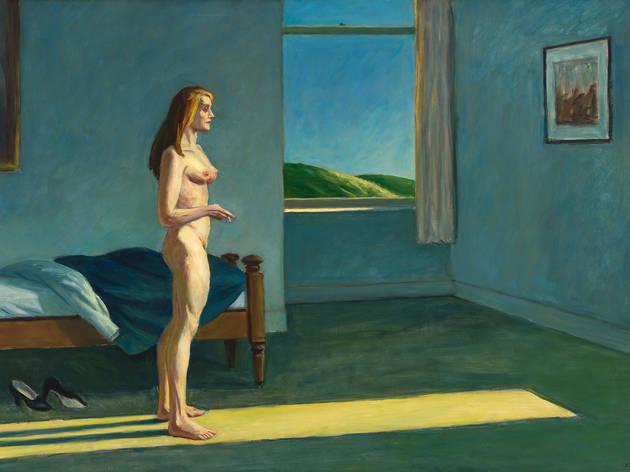 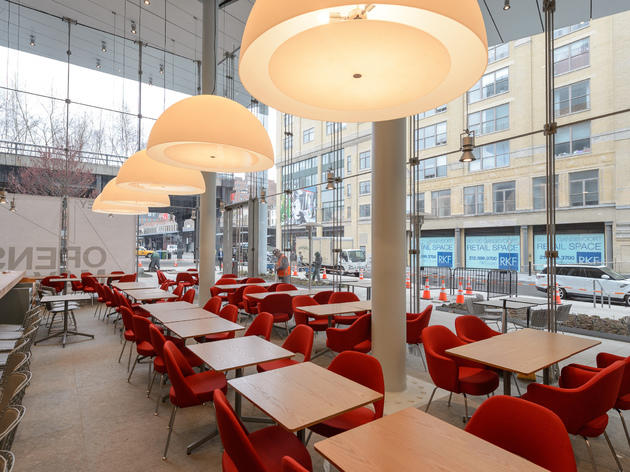 The thing that distinguishes Whitney from NYC’s other art museums is right there in its official name: Whitney Museum of American Art. While you will certainly find 20th- and 21st century American artists in the collections of MoMA, the Guggenheim and The Met, the Whitney made promoting them its principle focus immediately upon opening in 1931—a then quixotic proposition at a time when New York’s art scene was considered provincial compared to those of Paris and the rest of the Continent. But it is a tribute to the vision of the museum’s founder, Gilded Age heiress Gertrude Vanderbilt Whitney, that her namesake institution’s mission has grown to succeed beyond her wildest imagination. Today, Whitney collection stalwarts such as Edward Hopper, Alexander Calder and Georgia O’Keeffe are considered to be some of the most prominent names in Art History. And over the last half century, its signature show, the Whitney Biennial, has been the most important barometer in ascertaining the direction of contemporary art—especially the editions mounted at the Marcel Breuer-designed building on Madison Avenue, which served as the Whitney’s address from 1966 until 2015. That year, the Whitney moved to a gleaming new home in the Meatpacking District. Situated at the foot of the High Line, the Renzo Piano-designed edifice features an expansive glass and steel lobby stretching along Gansevoort Street, a ground-floor gallery free to the public, a Danny Meyer–run restaurant and elevators that are also artworks by Pop-Formica maestro Richard Artschwager. The Whitney’s holdings comprises approximately 15,000 pieces—including paintings, sculptures, drawings photographs and videos—by nearly 2,000 artists. In other words, the Whitney is bigger and better than ever with even more resources to maintain its vital role of shepherding art stamped “Made in the U.S.A.”

Where is the Whitney Museum in NYC?

The museum is at 99 Gansevoort Street in the Meatpacking District in Manhattan.

How do I get tickets to the Whitney Museum in NYC?

Tickets can be purchased online at the Whitney Museum website or at the museum entrance.

What’s the best way to get to the Whitney Museum in NYC?

See a map of the Whitney Museum in NYC

Visit the Whitney Museum in NYC

When Gilded Age heiress Gertrude Vanderbilt Whitney established the museum bearing her name in 1931, America was a cultural backwater, making her stated mission of promoting American artists something of quixotic undertaking. It proved prescient, however, when America emerged as a superpower after World War II and altered the direction of art history with such made-in-the-U.S.A. movements as Abstract Expressionism, Pop Art and Minimalism. Though the Whitney was hardly alone in championing that work (MoMA, the Guggenheim, and, to a lesser extent, the Met, did, too), it was uniquely positioned to contextualize it within the wider frame of 20th-century art in America. The Whitney was also the first NYC institution to mount a regularly scheduled survey dedicated to taking the temperature of contemporary art: The Whitney Biennial, a show that became crucial in setting the latest trends. Many memorable Biennials took place on Madison Avenue, in a landmark building designed by Marcel Breuer (now home to the Met Breuer), but in 2015, the Whitney decamped to a much larger quarters, designed by Renzon Piano, in the Meatpacking District,. You can find everything on view there in our complete guide to the best current and upcoming shows at the Whitney Museum. RECOMMENDED: Check out our full guide to the Whitney Museum, NYC

Take a sneak peek inside the new space, then look at some of the delicious dishes that will soon be served there 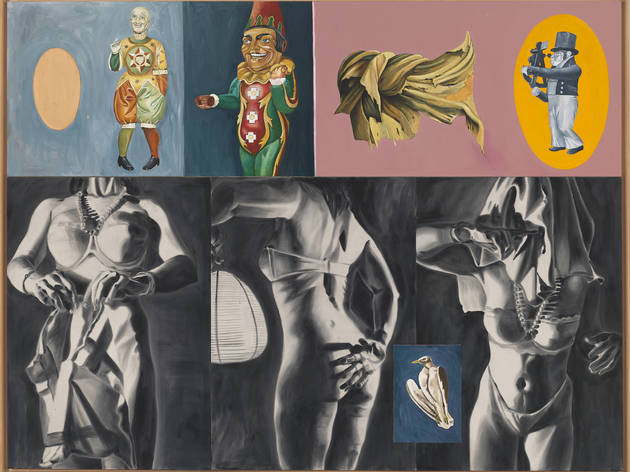 ★★★★     Robert Colescott, The Three Graces: Art, Sex and Death, 1981Whitney Museum of American Art with permission of the Estate of Robert Colescot         The 1980s are back, not just in terms of the appalling triumph of a certain short-fingered vulgarian but also given the increasing attention museums and galleries are paying to artists from that decade. The Whitney’s salvo in this ongoing reappraisal is a collection show highlighting the museum’s holdings of big names from the period, along with lesser knowns who are perhaps all the more intriguing because of their lower profiles.   Julia Wachtel, Membership, 1984Whitney Museum of American Art, New York, © Julia Wachtel, courtesy the artist and Elizabeth Dee New York         Painting made a big comeback in the ’80s, partially as a swing away from the Conceptual Art, video, performance and other modes that marked the 1960s and ’70s. However, without much curatorial attention to the historical circumstances—or even to the specifics of pigment on canvas—the focus here feels contingent on another factor that’s as relevant now as it was then: a booming art market.   Julian Schnabel, Hope, 1982Whitney Museum of American Art, New York, © 2016 Julian Schnabel / Artists Rights Society (ARS), New York         The medium’s roaring return nearly four decades ago came on a wave of Neo-Expressionism, represented in “Fast Forward” by variants that look toward art history on the one hand and to pop cult 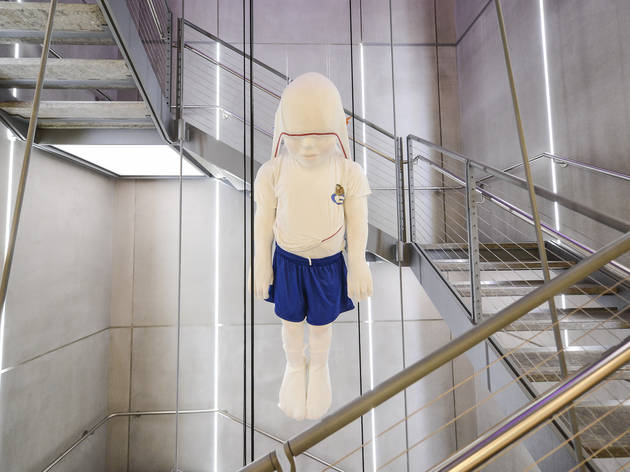 ★★★★ After an interregnum of three years, the 2017 Whitney Biennial has arrived and with it, the usual insistence by the city’s culture pages and art-world stakeholders that attention must be paid. Critics like yours truly dutifully attend, hoping for the best, but also wondering why a subjective selection by a handful of organizers necessarily constitutes a definitive snapshot of contemporary art, which is how the show has always been sold. It doesn’t, of course, though that hasn’t stopped people from thinking otherwise, especially since the Biennial has the felicitous effect of stove-piping careers into wider art-market and museum acceptance.   Raúl De Nieves, beginning & the end neither & the otherwise betwixt & between the end is the beginning & the end, 2016Matthew Carasella, collection of the artist courtesy Company Gallery, New York         This year’s edition is notable for being the first in the Whitney’s meat-packing district home and also for being a relatively intimate affair, with only 43 artists making up the roster. Though show’s total square footage exceeds that of previous Biennials that swallowed up the museum’s old Madison Avenue headquarters, the exhibit here takes up only two floors, plus the small public gallery off the entrance, giving the proceedings a sense of focus that is certainly welcome. Less is definitely more in this case.   Installation view Matthew Carasella         What else? At ages 36 and 34, respectively, curators, 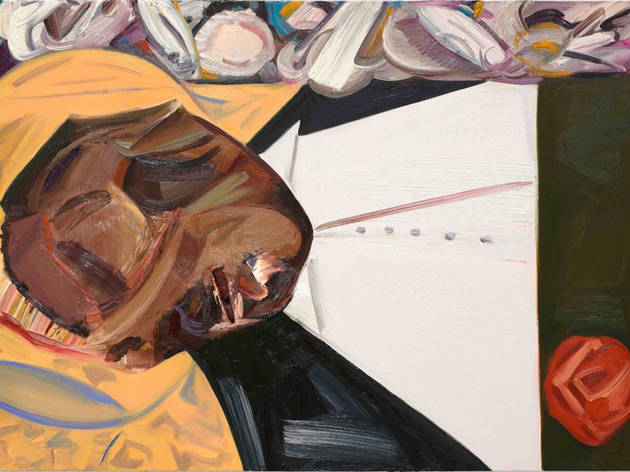 Open Casket is deeply flawed but should remain on view

What’s a Whitney Biennial without controversy? Actually, this year’s edition seemed too well behaved to generate one, but indeed it has, and the work at the center of the outrage is having a busy news day. The mishegas involves a painting by artist Dana Schutz titled Open Casket, which portrays Emmett Till, the 14-year-old African-American teenager who was lynched in Mississippi in 1955 for flirting with a white woman, one Carolyn Bryant Donham. (Just this February, she recanted the accusation that led to Till’s murder.) In addition to stringing up Till, his killers mutilated his body, a monstrous crime for which they were acquitted by an all-white jury. Schutz, who is white, portrays Till in his casket, focusing on his head and torso from directly overhead. Till is dressed in a suit and Schutz renders his disfigured features in abstract brushstrokes. The image has raised a hue and cry: A letter signed by 25 black artists has been sent to the Whitney demanding that the painting be taken down and destroyed for cashing in on the suffering of African-Americans. Protestors also attempted to block the painting from viewers during a demonstration at the museum. Schutz has defended the work by saying that it was meant to empathize with Till’s mother, and that, in any case, it wasn’t for sale (you have to wonder, though, whether or not that decision was made after the commotion). This morning, a letter purportedly by Schutz circulated on Facebook; in it, she writes that Open Caske 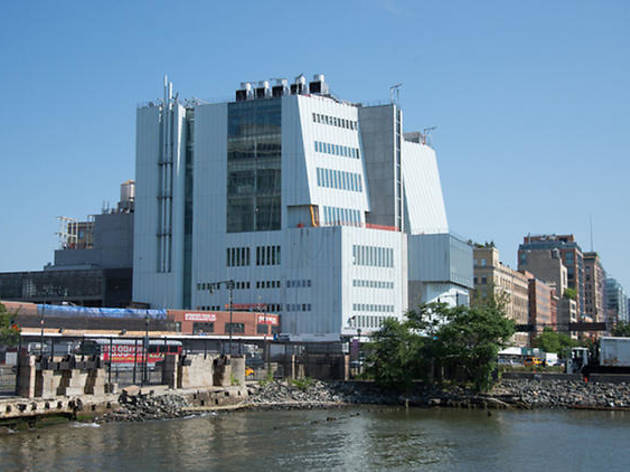 The Whitney is offering free admission on Saturday, but only to its lucky neighbors

Do you live in Chelsea, the West Village, Soho and other neighborhoods adjacent to the Meatpacking District? Wow, you must be able to afford a lot of rent. But maybe you'd like your pocketbook to get a break. If so, this coming Saturday is your lucky day: In honor of its first anniversary in its Meatpacking District home, the Whitney Museum will be offering free admissions to residents of the 10011, 10012, 10013 and 10014 zip codes, which includes the aforementioned neighborhoods and more. Tickets to "Neighbor's Day" as the Whitney calls it, will be available on a first-come, first-served basis at whitney.org/NeighborsDay. According to museum, it's all a big thank you for being welcomed "so warmly" to the area. (And not to sound too cynical, but also a chance, perhaps, to sell memberships to presumably affluent New Yorkers?) Anyway you lucky bastards, enjoy. As for the rest of you living in Brooklyn and other parts of the Five Boroughs, fuggedaboudit.

More from The Whitney Museum of American Art in NYC guide

When Gilded Age heiress Gertrude Vanderbilt Whitney established the museum bearing her name in 1931, America was a cultural backwater, making her stated mission of promoting American artists something of quixotic undertaking. It proved prescient, however,...