Horror cinema is a monster. Mistreated, misunderstood and subjected to vicious critical attacks, somehow it keeps lumbering forward, leaving a trail of destruction in its wake. For some, horror films are little better than pornography, focused purely on evoking a reaction—be it terror, disquiet or disgust—with little thought for higher aspirations. For others, they’re just a bit of fun: a chance to shriek and snigger at someone’s second-hand nightmare.

But look again, and the story of horror is also the story of innovation and non-conformity in cinema, a place where dangerous ideas can be expressed, radical techniques can be explored, and filmmakers outside the mainstream can still make a big cultural splash. If cinema itself has an unconscious, a dark little corner from which new ideas emerge, blinking and malformed, it must be horror. The question is—which are the best horror films?

By Derek Adams, Dave Calhoun, Cath Clarke, Sarah Cohen, Nigel Floyd and Tom Huddleston, with the generous support of everyone at FrightFest and Cine-Excess. 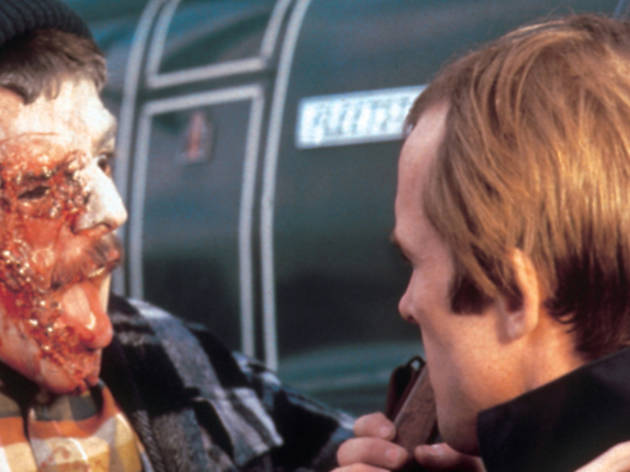 Now that’s he’s become a one-man zombie factory (with steeply diminishing returns), it’s hard to remember that George Romero was, at first, dubious about the idea of making a sequel to his 1969 game-changer Night of the Living Dead. But with his most personal project (and, perhaps, his masterpiece), Martin (see No. 87), failing miserably at the box office, Romero decided to bite the bullet—and reinvigorated his career in the process. Though Night changed the face of horror, this is the film he’ll be remembered for: the wildest, most deliriously exciting zombie flick of them all, and the movie which pretty much defines the concept of socially aware, politically astute horror cinema. Its influence has been felt in every zombie film since (and even on TV in The Walking Dead), and it remains a near-flawless piece of fist-pumping ultraviolence.—Tom Huddleston

Buy Dawn of the Dead now on Amazon 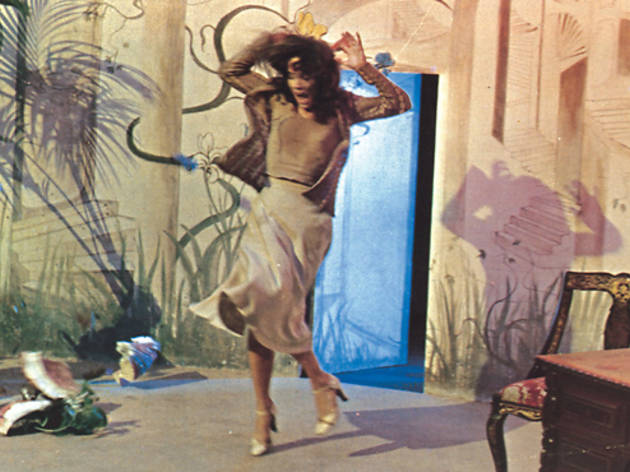 Its violent set-pieces staged with baroque extremity and heightened further by Goblin’s clamorous prog rock score, Suspiria influenced directors from John Carpenter through to Darren Aronofsky, whose Black Swan explicitly references Argento’s first fully fledged horror film. American dance student Harper’s arrival at a German ballet school coincides with a shocking double murder. Amid a hothouse atmosphere of adolescent hysteria, hints of occultism give way to the revelation that the school’s tutors are part of an ancient witch’s coven. By using colour filters and forced lighting, the Mario Bava-influenced Argento pushed the artificiality of the old fashioned Technicolor stock to extremes, creating a cinema of pure visual and aural sensation.—Nigel Floyd 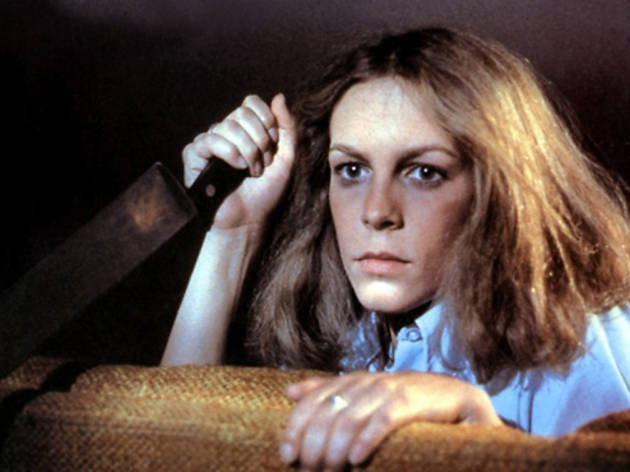 John Carpenter doesn’t put a foot wrong in this seminal hack ’n’ slasher. From the opening scene of young psycho-in-the-making Michael Myers greeting his parents with bloodied knife in hand to his inevitable return to wreak more havoc a decade later, Halloween ticks every box. The opening sequence is a masterclass in how to unsettle nerves. Utilizing the then new Steadycam system, Carpenter was able to give us a perspective from the killer’s point of view. To say it ups the creepiness to new heights is an understatement—it’s watch-from-behind-the-sofa terrifying. But Carpenter didn’t stop there: making full use of his musical talents, he also wrote the main theme, an Exorcist-style piano ditty that sets the teeth on edge. For me, this is unquestionably the most visceral, terrifying and tense film in this poll.—Derek Adams 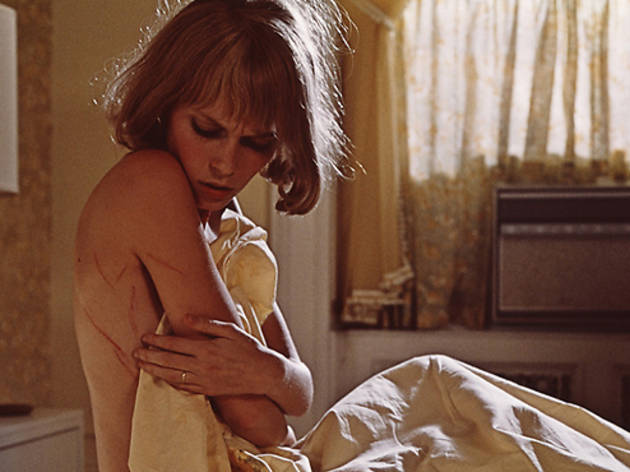 It’s hard enough moving into a flat and trying to start a family without having to wrestle with the enveloping suspicion that your new neighbors might be satanists dead-set on parenting a demon child via you. This is the intelligent, subtle face of horror, as Polanski limits the specifics to a minimum and keeps us guessing as to how much is going on merely in the mind of Mia Farrow’s character as she comes to believe she’s been impregnated by a creepy bunch of well-to-do Manhattanites with a connection to the occult. There are some more explicit key scenes—a potential nighttime rape and a chilling climax—that serve to get right under our skin without making the whole premise seem ridiculous. Farrow and Cassavetes’s performances as a couple disintegrating serve Polanski well in his attempt to make the potential alienation of everyday family life feel horrific, and the faux-naive score, evoking lullabies, makes the whole affair feel doubly creepy in the most heady way possible.—Dave Calhoun 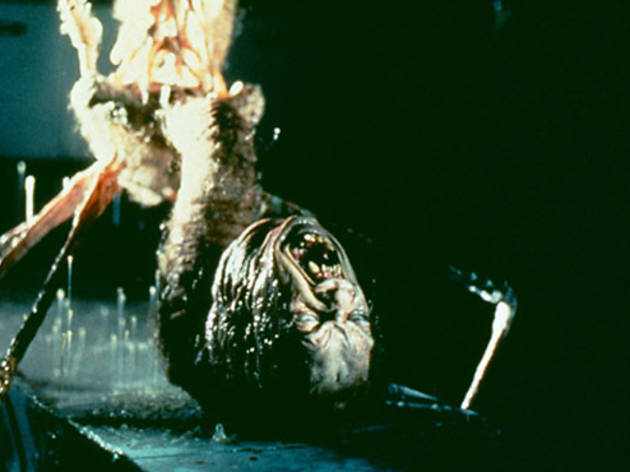 Time travel has many enticing possibilities, but one of the most enjoyable would be to travel back to 1982 and tell John Carpenter that his new movie would someday score sixth place in a list of the 100 best horror movies – even beating his own iconic Halloween. Like many future horror classics, The Thing was hated on first release, dismissed as an Alien clone more interested in pushing the boundaries of SFX than in character or tension. It was a disastrous flop, and threatened Carpenter’s once unassailable reputation as the king of the new horror. It’s hard to imagine now: with the benefit of hindsight (and, more importantly, repeat viewings), The Thing has emerged as one of our most potent modern terrors, combining the icy-cold chill of suspicion and uncertainty with those magnificently imaginative, pre-CG effects blowouts.—Tom Huddleston

Watch The Thing now on iTunes 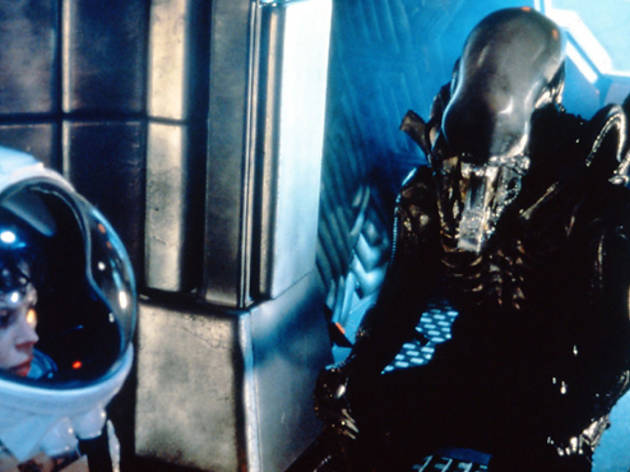 “Nothing happens for 45 minutes,” a studio boss sniped to Ridley Scott about Alien, failing monumentally to get that its opening is menacing as hell. Aboard the commercial spaceship Nostromo, the crew answers a distress signal from a nearby planet. That it’s so natural—they drink coffee, bitch about overtime—only adds to the suspense. Of course, we’re all waiting for the ‘chestburster’, who makes his entrance at around the one-hour mark. Scott filmed the scene in one take, not telling his cast exactly what to expect as John Hurt thrashed about on the table, convulsing in spasms, about to give birth to HR Giger’s infant alien creation. Alien had been pitched to the studio as “Jaws in Space”. Later writer Dan O’Bannon openly admitted, “I didn’t steal Alien from anybody. I stole it from everybody!”. Horror films have been paying Alien the same compliment ever since.—Cath Clarke 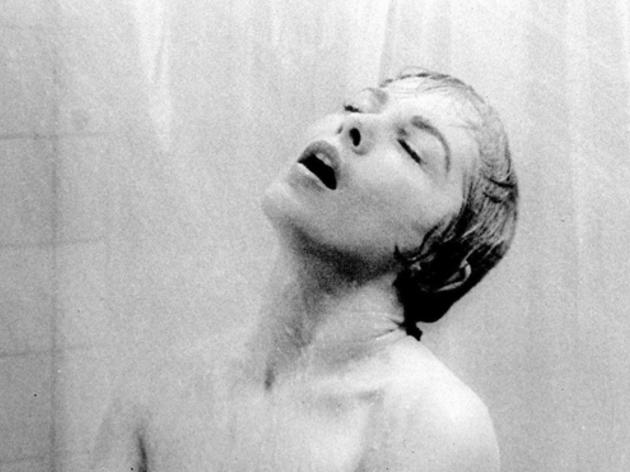 Alfred Hitchcock was a restless innovator, and Psycho gnawed at the edges of taste and decency by being way ahead of its time: the combination of the film’s independent, criminal and sexually forthright young blonde (Leigh), its slasher scenes and its lone male perpetrator (Perkins), crazed and motivated by a disturbing family background, gave the film a modernity that sets it apart from most of Hitchcock’s films both before and after. Psycho deserves a place so high on this list for its influence alone: its legendary shower scene still shocks, but at the time such brutal bloodletting, albeit suggested via the trickery of Hitchcock’s camera and editing and the power of Bernard Herrmann’s score, was groundbreaking and immediately copied. Psycho kickstarted a shift in the appetite of mainstream audiences for experiencing the extreme and inspired other filmmakers to exploit gore with less high-minded motivations ever since.—Dave Calhoun 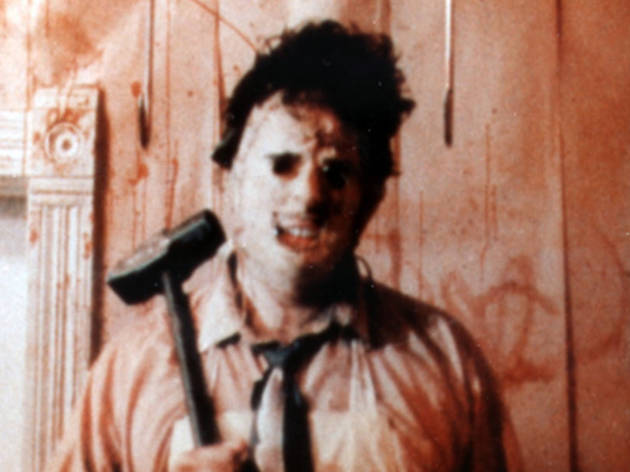 There are horror films which bend the boundaries of the genre, which deal with the psychological, the suggested or the subtly thematic—and then there are the sheer, in-your-face, terrifying horrors which threaten to drain your body of sweat and lock your jaw shut forever. This is one of the latter. There have been sequels and remakes and plenty of pretenders looking to steal the film’s terrifying demonisation of those strange folk who live in the woods with a link to the local abattoir, but this is where it began. Its methods are basic: innocent kids (a guy in a wheelchair! A blonde girl!), a creepy house in the forest, nighttime chases through the trees, the sound of the chainsaw, the killer’s mask…This is high-energy peril, right up until the frenzied final scene on the road as dawn arrives. Simple and sick.—Dave Calhoun 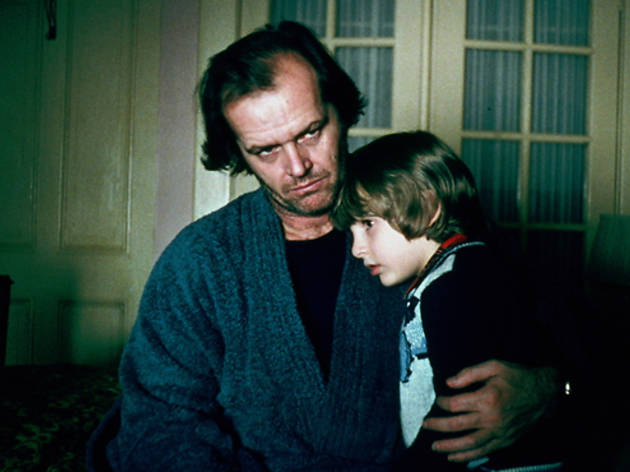 The scariest moments in The Shining are so iconic they’ve become in-jokes: Jack Nicholson leering psychotically from posters on the walls of student bedrooms everywhere…“Here’s Johnny”. Even so, Stanley Kubrick’s masterpiece of execution and claustrophobia still retains the power to frighten audiences out of their wits. Nicholson is Jack Torrance, a writer working as a caretaker at the isolated Overlook Hotel in the Colorado mountains over winter. Stephen King, on whose novel the film was based, was famously unimpressed. The problem, he said, was that ghost-sceptic Kubrick was ‘a man who thinks too much and feels too little’. He resented Kubrick for stripping out the supernatural elements of his story. Torrance is not tortured by ghosts but by inadequacy and alcoholism. And for many, it’s as a study of insanity and failure that makes The Shining so chilling.—Cath Clarke

Watch The Shining now on iTunes 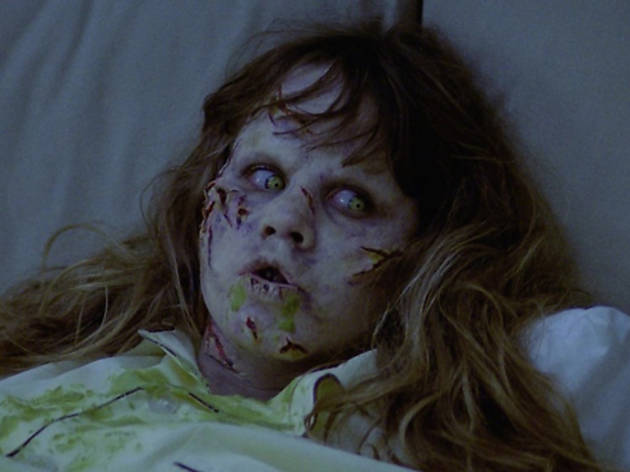 By the ’70s, horror had divided into two camps: on one hand, there were the ‘real life’ terrors of Psycho and Night of the Living Dead, films that brought horror into the realm of the everyday, making it all the more shocking. On the other, there were the more outrageous dream-horrors popular in Europe, the work of Hammer Studios in the UK and Mario Bava and Dario Argento in Italy, films that prized artistry, oddity and explicit gore over narrative logic. The first film to attempt to bring the two together was Rosemary’s Baby, but Polanski’s heart clearly belonged to the surreal. The first to achieve that blend with absolute certainty was The Exorcist—which perhaps explains its position as the unassailable winner of this poll.

In cutting from the clanging bazaars of Iraq to the quiet streets of Georgetown, in blending dizzying dream sequences with starkly believable human drama, Friedkin created a horror movie like no other—both brutal and beautiful, artful and exploitative, exploring wacked-out religious concepts with the clinical precision of an agnostic scientist. And make no mistake: The Exorcist is most definitely a horror film: though it may be filled with rigorously examined ideas and wonderfully observed character moments, its primary concern is with shocking, scaring and, yes, horrifying its audience out of their wits—does mainstream cinema contain a more upsetting image than the crucifix scene? That it still succeeds, almost four decades later, is testament to Friedkin’s remarkable vision.—Tom Huddleston

Watch The Exorcist now on iTunes