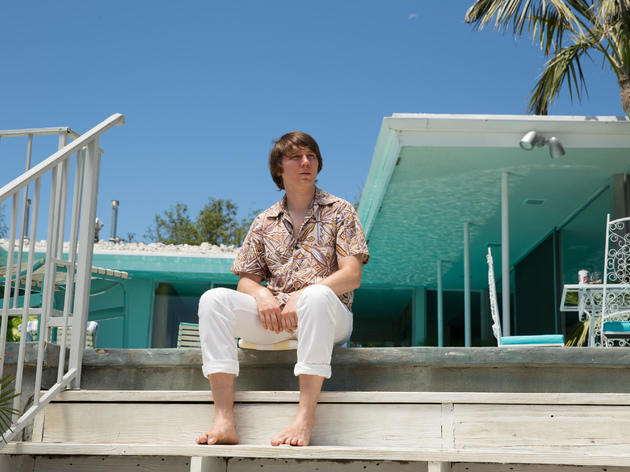 Beach Boy genius Brian Wilson loved being nestled in the recording studio, especially, as Love & Mercy suggests, when the other guys were off chasing Barbara Anns in every port. To watch the delicate Paul Dano (a magically right choice with a beautiful voice) steer his ace session band through what would become Pet Sounds is to have a piece of essential rock history recreated right before your eyes. Bobby pins rattle charmingly on piano wires, bicycle bells chime, and “even the happy songs sound sad” (per pissed-off bandmate Mike Love). Wilson, a pop savant, was chasing some kind of dragon, and as the movie toggles years forward to the scared, overmedicated Wilson of the 1980s (John Cusack, absorbingly strange in the tougher part), you sense that the dragon bit back.

Half the film moves toward mental breakdown, the other half toward emancipation. Best seen as an LA psychodrama that sometimes plays like Boogie Nights or Safe, sometimes like its own beast, Love & Mercy does an exquisite job with the interior spaces: cosy vocal booths, locked-off bedrooms, air-conditioned safety zones. (Not for nothing is a two-minute Wilson masterpiece called 'In My Room.') The script is by Oren Moverman, who performed a kind of jujitsu on Bob Dylan in Todd Haynes’s I’m Not There – his Wilson story is a lot more traditional, but more moving as well. There are some too-obvious metaphors (ie, Brian struggling in the deep end of a swimming pool), but you forgive them.

As stunning as the two lead actors are, the film is hijacked by a pair of external antagonists: Elizabeth Banks as the older Wilson’s salvation, Melinda, a coolheaded California girl who makes him feel young again; and Paul Giamatti as the infamous therapist Eugene Landy, watchdog and captor. Both have a stake in Wilson’s well-being, and it’s a tribute to Love & Mercy that the two characters play like real people trying to make Wilson smile. Of course, relationships are never that simple, but you already knew that, from 'God Only Knows' - and 'Heroes and Villains.'