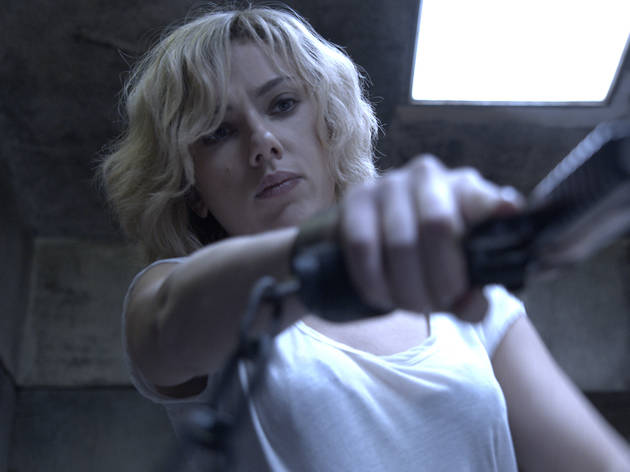 We begin, as in 2001, at the dawn of man – no joke – with a vaguely humanoid simian scooping water into its mouth. Where does Luc Besson’s so, so stupid (and not in a good way) sci-fi thriller go from there? Millions of years forward to modern-day Taipei, where sorta ditzy Lucy (Scarlett Johansson, doing a for-dummies riff on her alien turn in Under the Skin) is forced to be a drug mule for a stoic Korean gangster (Choi Min-sik). But after a particularly rough night, Lucy’s surgically implanted narcotics packet starts leaking into her system. And let’s just say it’s some primo shit – an experimental stimulant that unlocks corners of the brain never used by humankind.

Sounds super awesome, right? If only. The action sequences are few and far between, and all of them are rendered in that mind-numbing Besson style that’s heavy on the lugubrious slo-mo and winking fetishisation. There should be a charge watching Johansson shoot her way into a penthouse suite while classical music blares, but you can barely manage a shrug because it never rises above cool-factor calculation.

Besson’s more interested in the tale’s Z-grade intellectual components, anyway: as Lucy’s egghead confidant (Morgan Freeman, befuddling his way to a paycheck) tells us, most humans only use ten per cent of their brain – in reality, a widely debunked urban myth. But what if we could access all 100 per cent of our cerebral capacity? Apparently we could make gun-toting henchmen levitate, time-travel with the ease of flipping pages on an iPad, and collect every scrap of wisdom from here to eternity on a truly universal USB drive. The funny thing about all these sub-Matrix shenanigans is that they’re genuinely meant to stoke thought and reflection. Frankly, though, few movies have left me feeling as shorn of gray matter.