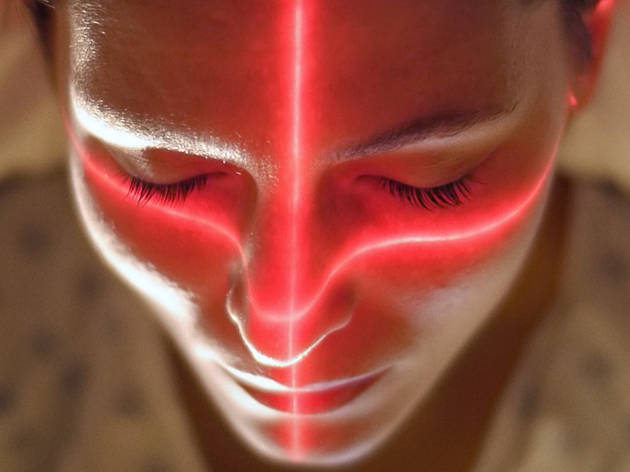 By one way of looking at it, every filmmaker is a frustrated scientist. Decades before space boots touched down on lunar sands, Georges Méliès kicked up dust in A Trip to the Moon (1902), making the journey in a matter of edits. Our fantasies are filled with lovable pseudoscience: flux capacitors, body snatchers and – a personal favorite of mine – the oscillation overthruster that allows a Ford pickup to drive through solid matter in The Adventures of Buckaroo Banzai Across the 8th Dimension.

Shane Carruth, a fiercely independent director (and dreamer of weird dreams), fits this company perfectly, but doesn’t seem to be having much fun doing what he does. Primer, his 2004 debut, turned time travel into not a liberated adventure (as did Rian Johnson’s recent Looper), but a tedious endeavour pursued in oil-stained garages. Vexing and impossible to follow, the movie nonetheless beguiled a brainy Sundance jury and even won Carruth a $20,000 science prize.

Upstream Color, the director’s second movie after a Malick-like period of suggestive silence, again cribs from textbooks of Carruth’s own devising – but thankfully, there’s a bit more emotion this time. The film starts off in an ominous mood, as a burgundy liquid is extracted from grubworms in a suburban lab. (Get used to this kind of thing.) Soon, a Bluetooth-earpieced businesswoman, Kris (Amy Seimetz), is attacked outside a club and forcibly made to ingest the juice. Scarily, she becomes a hypnotized mindslave to a mysterious home invader never identified by name, who has Kris empty her bank account and construct art projects on her kitchen table. She drinks copious amounts of water and does what she’s told.

At this point – and please don’t get a case of the giggles or the spell will be broken – Carruth shifts to another parallel of secret experimentation, adding confusion on top of confusion. Even as Kris awakens to find her life in ruins, there’s a helpful doctor ready to hook her up intravenously to a baby pig and rid her of the parasitic worms coursing under her skin. (Was I kidding?) Meanwhile, a different haunted soul, Jeff (Carruth), connects with our heroine – are they both victims of the same cult? Who knows? They kiss magnetically, embrace in a bathtub while fully clothed and prepare for a cosmic reckoning.

No one is going to explain any of this for you – and the slightly snobby implication of Upstream Color is that explanations are for suckers. Perhaps so: Carruth, serving as his own short-focus cinematographer and brooding synth composer, is chasing after a free-form thriller, narrative be damned. The effort is majestically single-minded, even if the overall vibe tips dangerously toward preciousness. Kris and her lover emerge as ecowarriors obsessed with Walden and orchards; the whole movie might be a distended riff on Thoreau’s reclamation of the soul or, per Dr Strangelove’s Jack Ripper, a cautionary tale about “precious bodily fluids.” Leave the inner cynic at home; it’ll help.