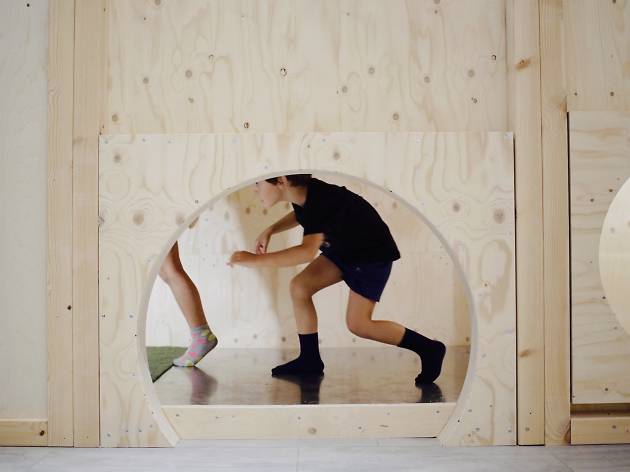 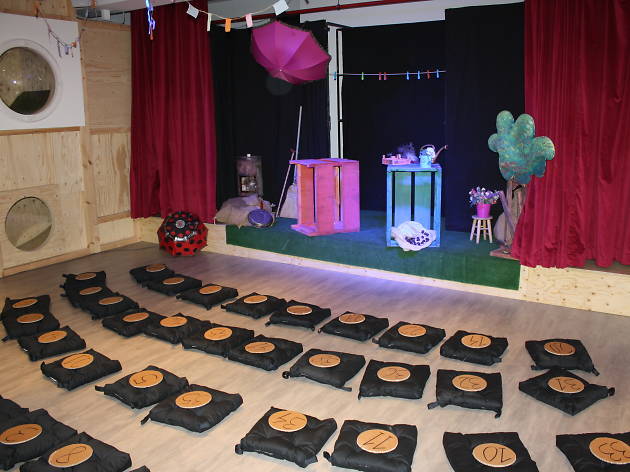 We've found it! A space created with family fun in mind – and that doesn't mean just for kids while the grown-ups stand around checking the clock every two minutes. It's called El Cau, and even though that means something along the lines of 'lair' or 'den' for animals, this is anything but a dark cave – in fact, it's quite the opposite. This space of more than 200m2 is dominanted by white and light wood, and a good time is in store for all. El Cau is doing very well for itself, so we recommend you book yourself a time in advance, especially at the weekend.

Loren felt a place like this was missing – a place where you can have fun with your kids, and instead of waiting for someone to come up with the idea, he decided to make some changes to the priorities in his life and head out on this adventure. 'Our motto is “Have a good time, and respect others”,' he says. 'It's a place to spend some time and play with your child.' First things first: leave your shoes at the door. Kids are always playing on the floor, and the little ones have a tendency to put everything in their mouth, so it's best to keep the ground as clean as possible.

The big favourite at El Cau is a type of passageway created by a wall put up about 2 metres from the building's wall. The passageway is about 20 metres long, and kids have access via openings at the bottom. Inside is a slide, games, hanging cloths they can climb up, steps, different textures to touch... If your kids are three years old or younger, don't worry, you can go in with them as well. The morning hours of operation are for the littlest children. You'll find zones made entirely of soft materials, toys that stimulate psychomotor activity and a café area for parents. It's a way for kids who aren't in school or day care to learn to socialise with other kids as well. In the afternoon hours, the bigger kids rule, and Loren assures there's a lot of respect among them.

At the back of the room is an area with a stage where they put on small plays and puppet shows, and there are guided activities, and birthday celebrations. The staff are always on hand to keep an eye on and help the children as well as to encourage them to do loads of fun stuff, so parents can have a rest as well. “I put on music in the café for adults, so parents, grandparents and minders can also have a break from listening to endless childrens's songs for a while,” says Loren, with a laugh.