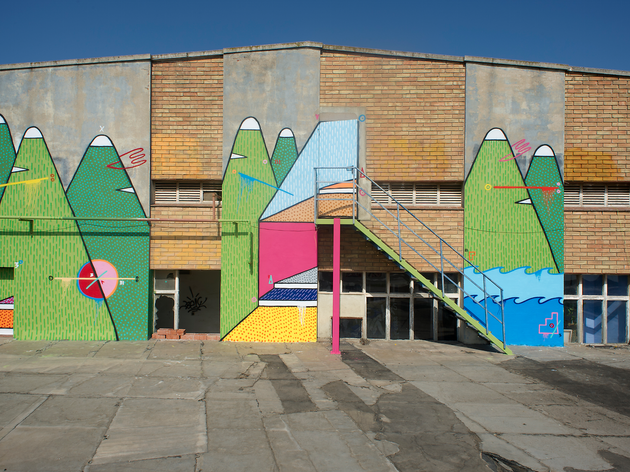 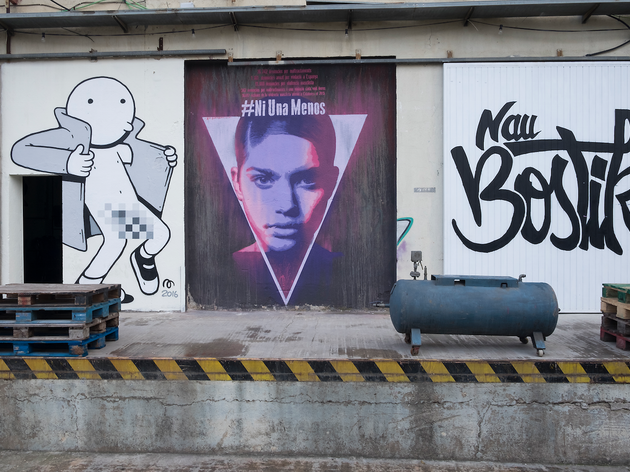 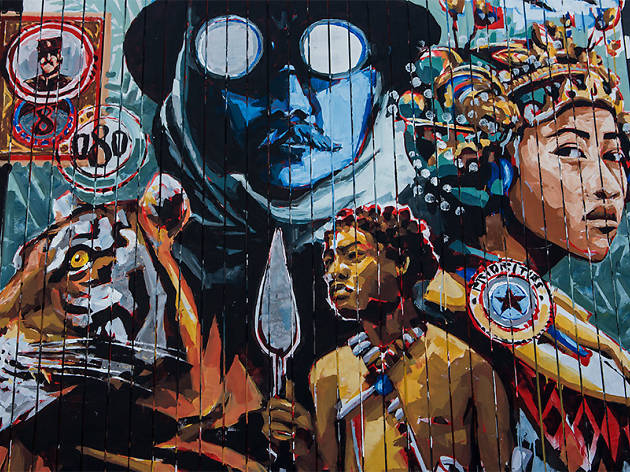 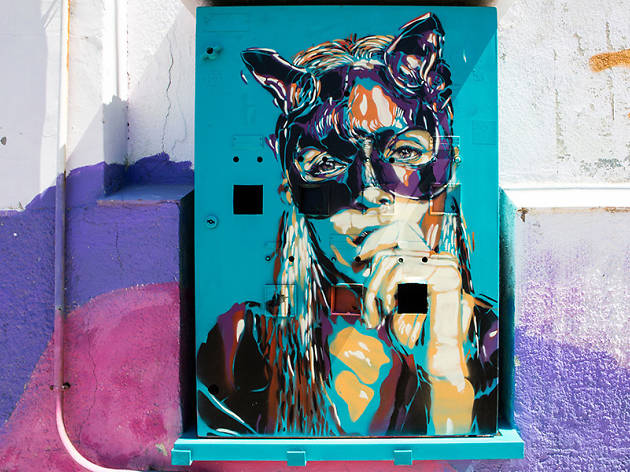 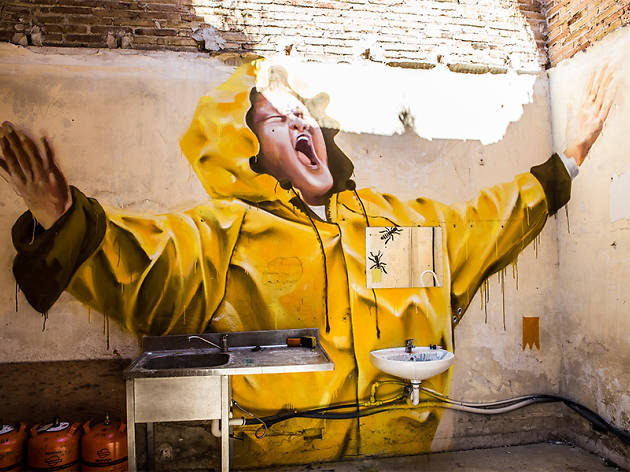 Museum art and urban art at first seem like opposing concepts, since urban art is designed to be in the city streets and not to be classified within the parameters of a museum institution. But Bostik Murals – the first urban art museum in Barcelona – does away with those ideas. Behind the project is Difuser's Xavier Ballaz, who is also responsible for the Open Walls Barcelona festival and who thought up Bostik Murals to be a place of creation and reflection on urban art. 'We went to Nau Bostik looking for a site for Open Walls and, seeing the spaces and the possibilities that it gave us, this new project came up,' explains Ballaz. 'But they are totally independent from one another.'

We're not talking about painted walls torn from streets and buildings, as happened to works by English graffiti artist Banksy, who saw his pieces auctioned without his consent and without receiving a penny. At the moment, more than 20 artists have given life to the exterior spaces of Nau Bostik. 'It's a site that's still underexploited,' says Ballaz, 'and in the future we hope to be able to add one of the other buildings when they're not being used.'

Things have changed a lot in recent years. Barcelona has gone from the prohibition and persecution of artists who painted in the streets to a time of expansion, both in the presence of graffiti art in the city and in major events with artists dedicated to painting murals. In this sense, what's on offer at Bostik Murals is similar to that of a conventional museum. 'We commission artists and bring in relevant muralists whether they're local, national or international,' says Ballaz. Strolling through Nau Bostik, you'll find murals by Sixe Paredes, Sheone, Sebastien Waknine, BToy, Fasim, Manu Manu, Sam3, and more.

In addition to featuring works by renowned muralists, Bostik Murals offer their walls to students and artists from other disciplines who want to try their hand at murals. And to promote the debate on urban art, Ballaz says, 'activities like those of other museums will be offered; that is, explanations of the works, talks, presentations and workshops.' He doesn't want the 'urban' concept to make anyone feel this is any less of a museum. 'We will decide what is to be conserved and what is not,' says Ballaz. 'These works will have more visibility and continuity than other murals around the city. It can be really frustrating to go to a site where you want to see a certain work to find it's no longer there because it's been painted over. That won't happen here: you'll come to Bostik Murals knowing what you'll see. All the current information will be on our website.'