The Boqueria Market has been establishing itself as a clear point of reference of the kind of fresh, quality produce the city has to offer, with its wares going not only to camera-toting tourists, but also to local household chefs and cooks who want to show off a bit. But lately it is becoming a benchmark of what these chefs are able to do with the products they have to hand.

And who better to specialise in fresh market cuisine than a restaurant with the Boqueria at its doorstep. Casa Guinart, a tapas bar and  full restaurant in the same place where the local grocer’s has been serving the choosiest clients on a quest for the best domestic and foreign produce. Oscar Manresa (Torre de Alta Mar, Kwai, Los Sopranos, among others) and David Moya (Guinart’s grandson) teamed up to create something that the Boqueria was missing, when most people thought it was already the model of perfection.

Not only is Casa Guinart in an excellent  location, it’s also naturally got incredible ingredients and selections on the menu, and it of course draws a great crowd from the gawkers and shoppers in the market. If there are already three or four quality eateries in the Boqueria (the impossible-to-find Pinotxo, Kim, and Sant Josep), this newer addition comes with the added plus of being able to sample the offerings of chef Josep Nicolau (formerly of Roser 24) in a comfortable second-floor spot with views of La Rambla and the market itself, or from a strategically placed terrace at the foot of the steps.

It’s a great stop after taking in a show at the theatre or to pop in for an afternoon snack while doing your domestic errands or exhausting sightseeing rounds. It’s one of those places where, as soon as you take a load off at the bar, you realise you’re in just the right place. The servers are also happy to be there, which can be something of a miracle in these parts.

We started off with the sautéed mushrooms, fresh and perfectly prepared, and it was a fair portion, just the thing to whet the appetite for the rest of the meal, which was exceptional thanks to the quality and originality of the place (which is also decorated in a sober and tasteful fashion). When in doubt between a tender veal, a visibly delectable pork jowl and a ventresca tuna steak, the chef recommended the fish.

It was a great choice, well prepared and with the simple accompaniment of a good homemade olive oil and a mild Modena balsamic vinegar – nothing overpowerful. Those who were familiar with the Guinart shop will recall their fresh pasta made daily. Their new house carries on that prestigious tradition to a point, in their weekly fresh homemade pasta, which, on the day we were there was a green spinach ravioli, filled with ricotta and topped with an upmarket and lively creamy pesto.

In addition to the usual selection of tapas, you’ll also find broad beans cooked with ham and truffled cannelloni, although the callos (tripe) stew takes the prize.

Highlights among the meats include grilled foie gras with PX and the sirloin steak. Among the fish dishes, which are among the best of the kitchen’s best offerings, try following some oysters or grilled shrimp with scampi flambé or grilled prawns. They also care about their wine, something else that sets Casa Guinart apart, and they’re sold by the bottle as well as the glass ­– even the cava. 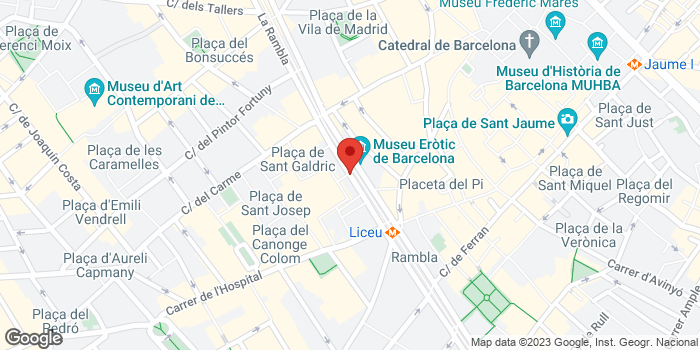