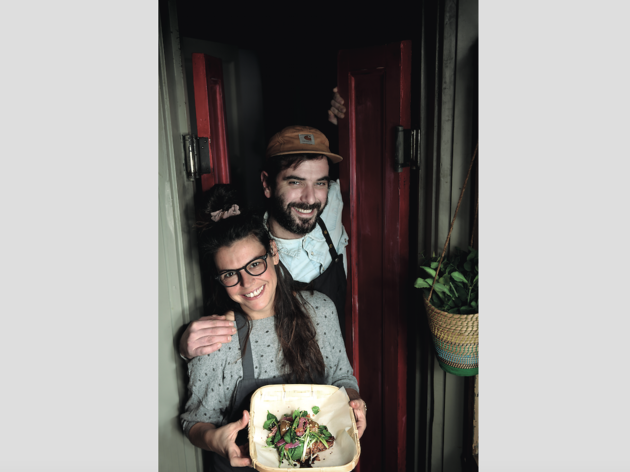 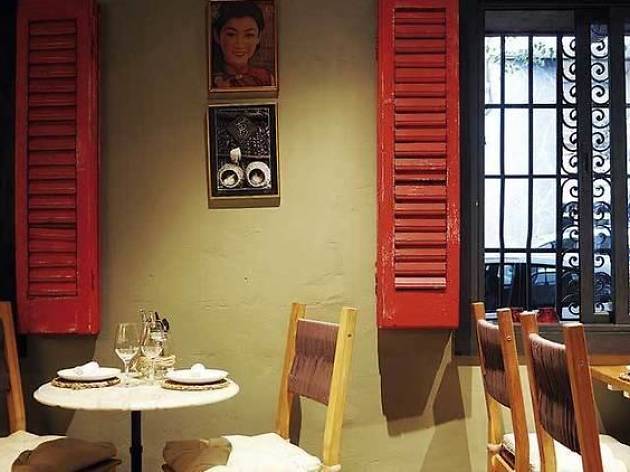 There's a saying in Spanish that translates roughly to 'Small house, big heart', and the owners of Casa Xica (which means Small House in Catalan), Marc and Raquel must have very big hearts indeed. Following an intense period living in China and some delicious and difficult life experiences together, the couple got married and set up this little jewel of an eatery with a bit of help from a third party, Esteve Puertas, a childhood friend and a professional in the world of good service.

Marc and Raquel's long trips in search of flavours and palate pleasers you see on the menu in Casa Xica serve as a passport for your taste buds that you can use to explore without leaving your chair in Poble-sec. The easiest way to describe what they do is to call it fusion cooking. But that term has become so overused, and in their case it's more of a compilation of tastes they've learned in faraway lands with their own touch added to tempt even the fussiest of diners. Take, for example, the tabbouleh: it's delicious, healthy, made from local ingredients and enhanced with fish practically taken right from the sea – you can't go wrong. The day I went it was the dish of the day, and it was fantastic, but unfortunately they don't have it every day because some can find it quite heavy. What's more, you can try the dish of the day along with a drink and dessert for less than €10.

The menu invites you to study it and decide what you'll have this time, and when you'll come back to try the next item that's caught your eye, whether its origins are the shores of the Mekong or under the Japanese sun. But Raquel, who suffered under a particularly finicky French chef in London, has created a rabbit rillette: in addition to opening your gastronomic world up to this farm animal that's healthy to eat and priced right, she's also managed to take this dish that's usually made with duck and is often on the heavy side and change it into something flavourful and satisfying. You'll also find a salt-marinated mackerel with Japanese radish vinaigrette that's served with chopsticks so you can slow down and enjoy it. Of course, there are also forks and knives on the table for anyone who thinks slow is one thing, but impossible is another.

I'd love to see Casa Xica open up their wine list a bit, since such a great menu deserves more of a choice of good wines to pair it with. That said, I loved the place, and promised to return because there are just so many gorgeous items left to try. I won't say which – you'll just have to go and be temptingly surprised.