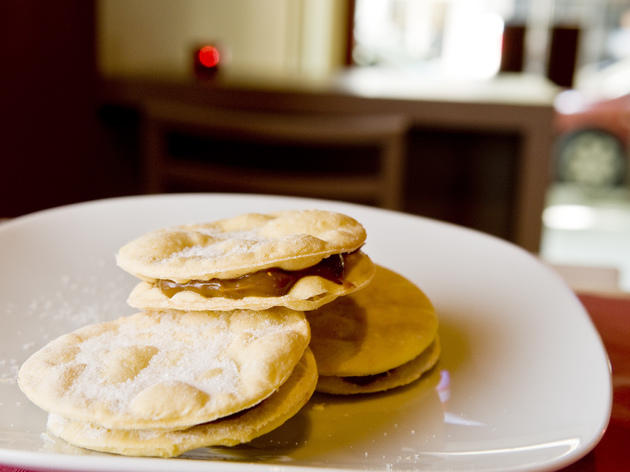 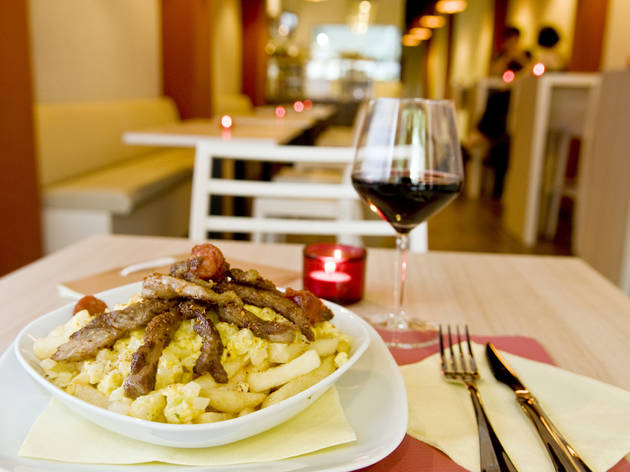 'Merquén' is a tasty condiment made ​​from roasted peppers, a legacy of the Mapuche culture that spread to Argentine and Chilean Patagonia. In Chile it's used for seasoning dishes of the finest Andean cuisine. It looks powdery with small reddish flakes and is made of the dry and spicy 'cacho de cabra' variety of chili and mixed with coriander seeds, although the Mapuche also include other ingredients.

Merquén is also the name Chilean Rolando and Catalan Laia have given their restaurant with Chilean soul and Mediterranean flavour. While there are a number of well-prepared Chilean dishes, Laia puts the Catalan touch on things in the kitchen. Especially when it comes to the tapas.

We started off with the exquisite 'empanadas' (meat and/or veg pies) baked to perfection. The fillings vary, but don't leave without trying the amazing chicken and merquén one. Tasty, a bit spicy and succulent, this pie is the perfect opening act to the culinary show to follow, featuring prawns or clams with Parmesan, for example.

After that we try the strips of meat called 'chorrillana', also available as a tapa. Chorrillana, the origins of which are disputed among Chileans, Argentineans and Peruvians, is a dish that probably had a lot to do with the discovery of America. They're chips, with strips of meat and eggs, and sometimes cooked with a bit of onion.

The mix of Andean and Catalan cuisine means changes in the menu as well, and on the day we were there, we had a good Catalan 'botifarra' sausage with white beans, and the more American-style seasoned chicken fingers drizzled with merquén. The space itself, with its understated decor, has high tables in front of a TV screen, set up to watch Alexis Sánchez in his Barça kit, while you tuck into tapas of chorrillanas, clams, prawns and empanadas. The wine list is not extensive, but it meets the prerequisite of a good Chilean red.