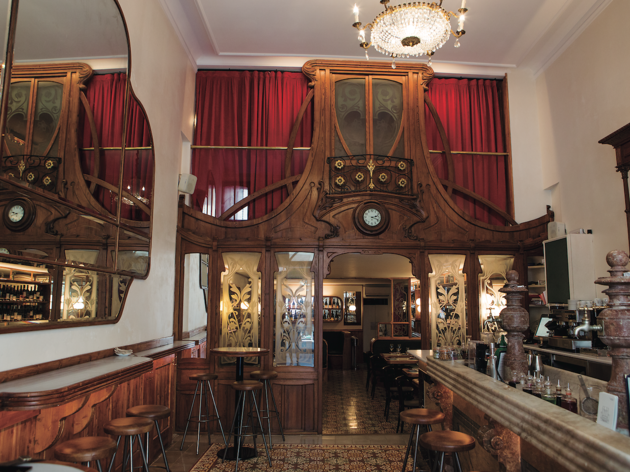 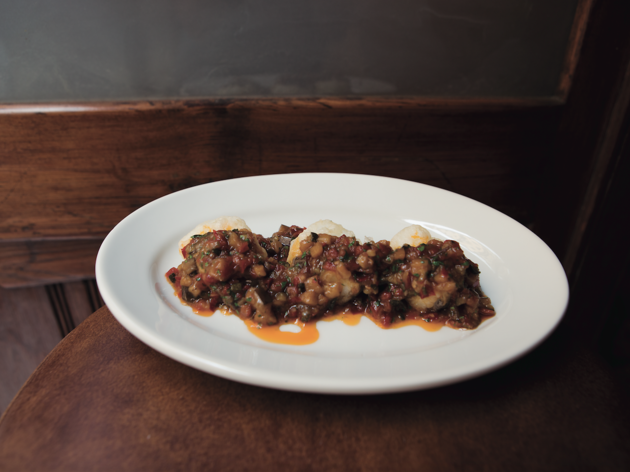 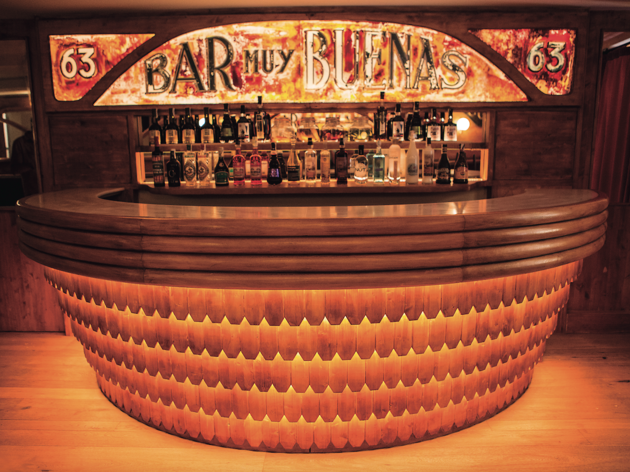 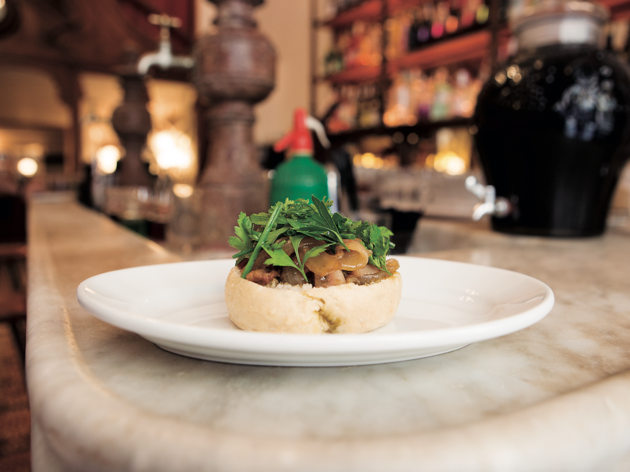 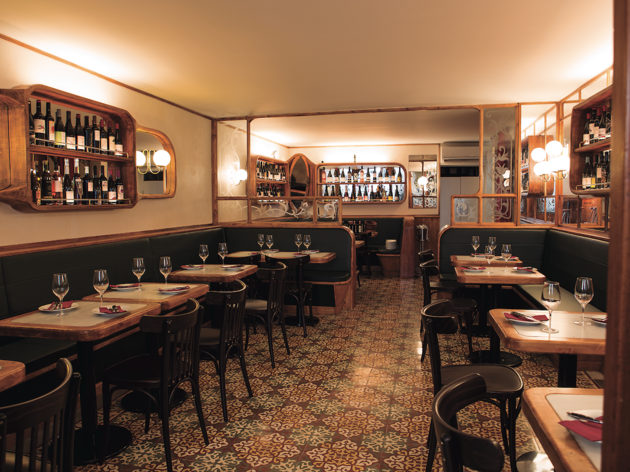 In the 13 years I lived in the Raval, I went about once a week to Muy Buenas – a place that was inaugurated in 1896 as fish shop and then opened as a bar in 1924. And in all that time I never dared to order anything other than a coffee or a rum and Coke. The black grime on the furniture and in the air had its charm, but it didn't do much to whet the appetite. But in mid-2017, Enric Rebordosa and Lito Baldovinos – the same experimental archaeologists of bars and restaurants who rehabilitated La Confitería and opened El Paradiso and Dr. Stravinsky – worked some magic and turned Muy Buenas into an eatery with plenty of surprises. But first, when the previous tenant's lease was up, the guy had the nerve to steal the iconic modernista Muy Buenas sign, the glass room divider and the entire stretch of the bar. The City Council managed to get everything back and it all ended up in pieces on the ground for a year.

Rebordosa recalls that a craftsman they worked with at La Confitería told them that Muy Buenas was in trouble and they should go have a look to see what they could do. Three years later – half of which the space was closed down and the other half under construction – Muy Buenas reopened. Rebordosa says they decided that the screen represented such extraordinary artwork that the rest of the space had to be done in the same way. Some people complain it's no longer authentic, but before there were mojitos, ramshackle wood and Cuban and later Palestinian cuisine (both dubious). What was all that doing in a bar with modernista decor? Now, with Aurelia Teichoa (Disfrutar) and Daniel Martínez (Raúl Resino) in the kitchen, the goal is to find a balance between good, home-made cuisine and comfortable surrounds.

Some dishes are perfect for sopping up with bread, and I do just that with the meatballs with cuttlefish. The flavour of the sea in the sauce combined with the spiciness is intense in just the right way. I keep dipping in the juice from the omelette with green beans, black 'botifarra' sausage, bacon and potato, which is finished off in the oven and with broth. And I even get to top my bread with the salad of curly endive, tomatoes and bonito. When it's time for dessert, there's flan, bread with oil and chocolate, and 'flaonas' (a kind of cream empanada from Figueres).

At lunchtime, they offer a dish of the day for €13 (Mon, cod; Tue, 'capipota' with chickpeas; Wed, 'trinxat' with bacon; Thu, rice with rib; Fri, 'fricandò') with salad, drink and dessert. Go for the modern Catalan cuisine that will satisfy your taste buds. As for their bars at the entrance and upstairs, they use only Catalan liquors in their dedicated cocktails. If you can’t decide on which drink to try, consider the Queen Joan Capri – a gin cocktail infused with cucumber, beer, lemon, rosemary honey, sugar and lime.