Today, movies can recreate any time or place they want simply by applying digital technology to special effects. But undoubtedly reality is always much better—and more captivating—than any virtual environment. So when looking for a visual reference to recreate the Middle Ages reliably and with an emotional impact, film and TV companies have come to Catalonia to find unique locations to shoot scenes or for complete projects. This has been going on for decades, and with magnificent results. Romanesque Catalonia provides a superb set for all kinds of audiovisual productions looking for castles, monasteries or sumptuous old stone buildings.

This constant presence of the Catalan medieval architectural landscape makes discovering Romanesque art even more rewarding: when looking at a bridge, church or fortification, not only do we have centuries—sometimes even a millennium—of living history before us but a cultural reference that goes beyond its era and connects with our audiovisual emotions. Here we provide a guide to the most emblematic Romanesque buildings in Catalonia where major films have been shot. 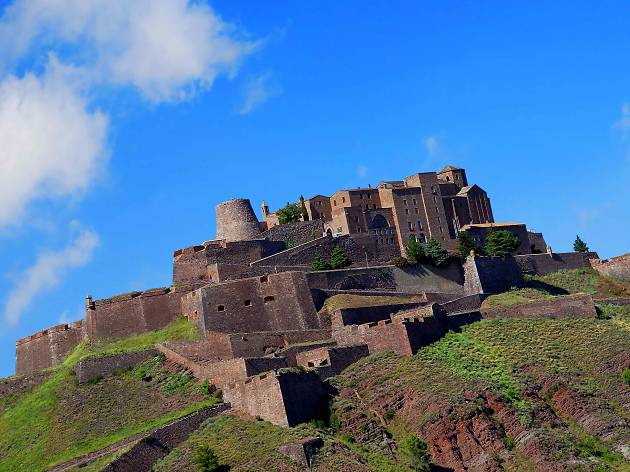 Orson Welles was completely enamored with Spain, and whenever he could he left the United States and came to work here. And in 1964 he was developing a major project: a film he was going to call 'Chimes at Midnight', inspired by the play 'Henry IV Part 1' by William Shakespeare, for which he needed a castle as a backdrop for much of the action. He could have chosen an English castle and from a more modern era—the play is set in the 15th century—, but Cardona Castle won him over immediately, and he decided to move the shoot there. And that’s how one of the jewels of Catalan Romanesque art was immortalized in his film.

This is where the actress Jeanne Moreau and the filmmaker and protagonist, who usually directed himself, worked. It is one of Orson Welles’ most celebrated movies, and the castle is not a mere facade but was also used for interior shots, creating an even more complete and spectacular effect. 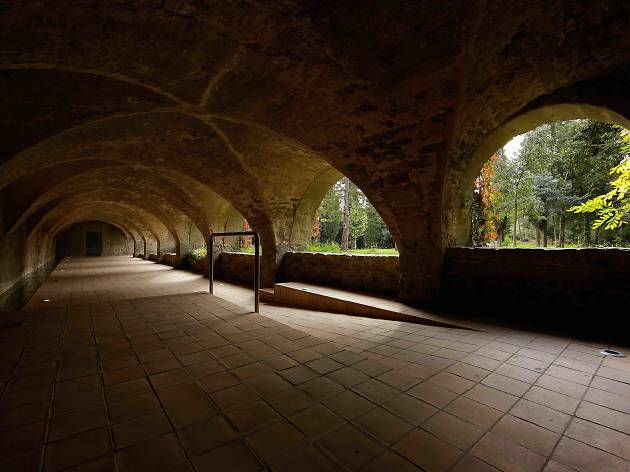 'The Tulse Luper Suitcases' is an ambitious and highly complex trilogy directed by Peter Greenaway, one of the key figures of British avant-garde cinema in the 1970s and 80s. Greenaway has always been a craftsman of film, a cultured man who likes to give his frames a pictorial and architectonic dimension, and for this movie—as baroque as the rest of his previous work—he wanted to work in a historical setting with the power of the Monastery of Sant Benet, in Sant Fruitós del Bages, and brought a stellar cast featuring Ewan McGregor, Morgan Freeman, Jordi Mollà and Isabella Rosellini.

The crew spent just over a week filming, particularly in the cloister—for night shots—to achieve scenes in which the old stones sparkle. This is not Sant Benet’s only appearance in the cinema: it was also the setting chosen by Paco Plaza for some scenes of 'Romasanta'. 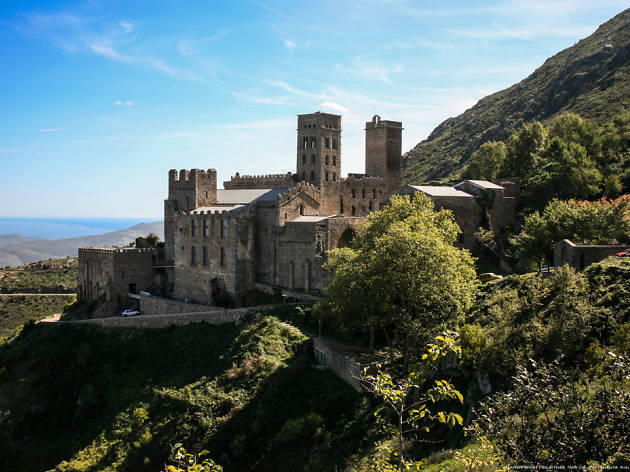 The synopsis of 'Cutting Heads' says that the action takes place in a castle in the third world. In 1970, Catalonia was not exactly poor, but it had something that the Brazilian director Glauber Rocha found extremely interesting: sites where time and place became a strange nebula, as if emerging from an indeterminate reality. At the time, Rocha was the most important voice of the new wave of Latin American cinema, and he went to Sant Pere de Rodes—where a magnificent and imposing monastery resembling a castle stands—to work on a story that would become 'Cutting Heads'.

In fact, what Rocha wanted was to portray a kind of feudal world, so he needed a medieval setting. He worked with a fundamentally Spanish cast—Paco Rabal, Emma Cohen, Luis Ciges, Marta May—, and the result is one of the Brazilian director’s most politically profound movies, and probably the best portrayal of the magnificent Monastery of Sant Pere de Rodes. 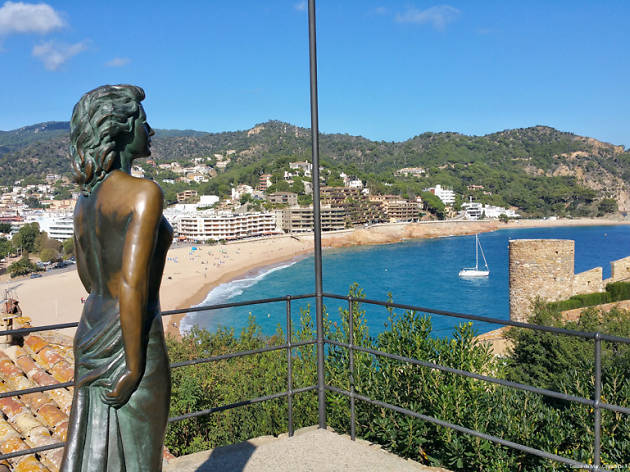 In Tossa de Mar there is a statue of Ava Gardner looking towards the sea. The presence of this bronze figure here has an explanation: it was in Tossa de Mar where the actress, better known as ‘the most beautiful animal in the world’, starred in the movie 'Pandora and the Flying Dutchman' with James Mason, directed by Albert Lewin. It’s a personal version of the myth of the Flying Dutchman, a damned man who cannot die until he knows the love of a woman, which has been turned into everything from operas to novels. And Tossa, whose Romanesque walls are perfectly preserved, was chosen as a maritime location.

The best known anecdote from the shoot is that Gardner had a romantic fling with the torero Mario Cabré, who also appeared in the film. But if you’re interested in Romanesque art, then you should know that some scenes were filmed in Tossa Castle, an original 12th century fortress built over the sea. 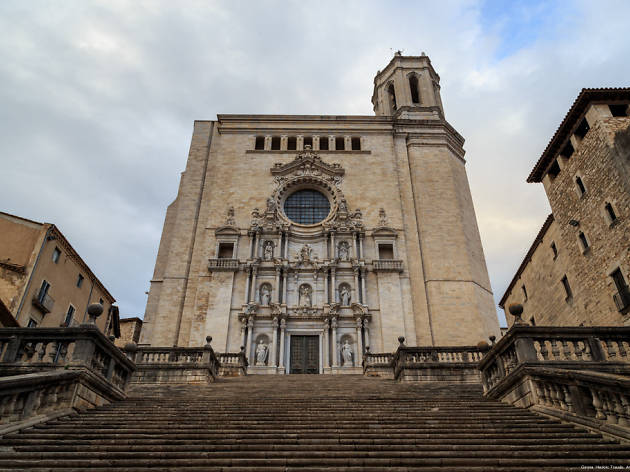 'Game of Thrones' is the big epic production of our time, and to bring the novels of George R.R. Martin to life—which are set in a fantasy world very similar to medieval Europe—, the producers of the HBO series had to find locations with a decidedly aged and rocky look. And Girona became an outstanding shooting location thanks to the Romanesque site in the city center, which was the setting for many scenes that took place in King’s Landing, the capital of the Seven Kingdoms, and more specifically the Great Sept of Baelor, which used the main facade of the Cathedral and its steep steps.

'Game of Thrones' also shot several scenes in neighboring Besalú, a small town with medieval constructions, used for sequences set in Oldtown, the capital of wisdom in the Seven Kingdoms.