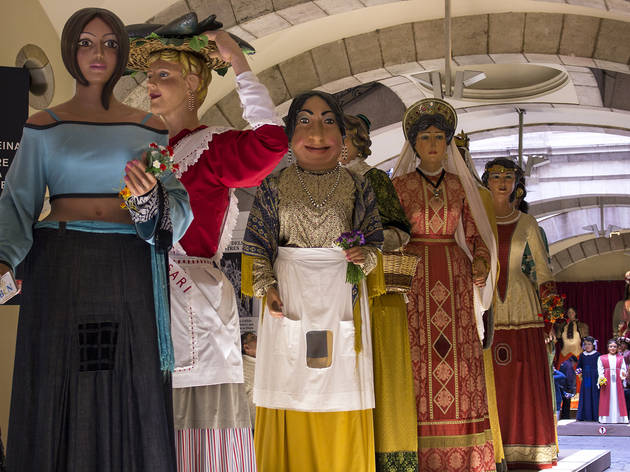 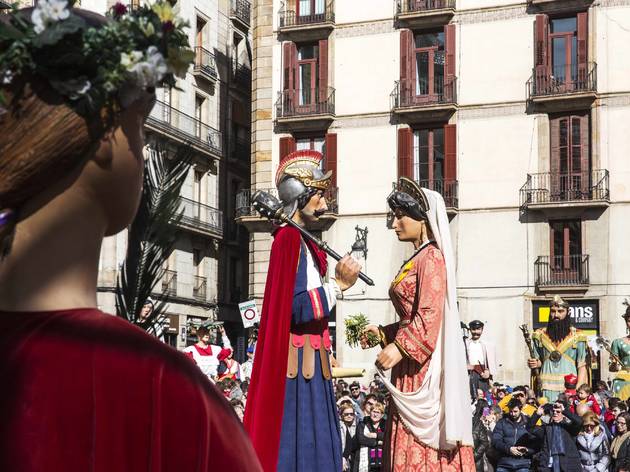 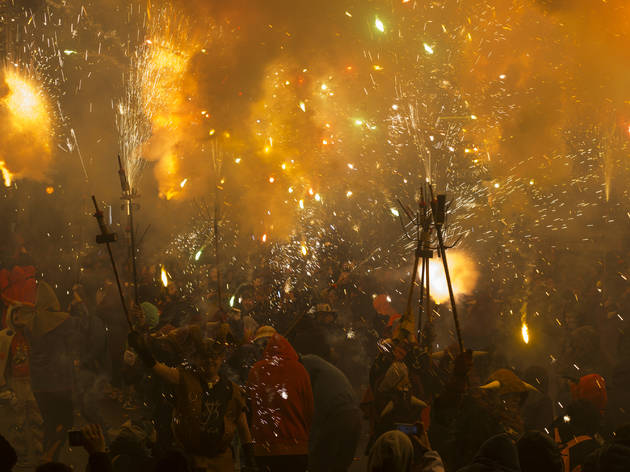 The city commemorates Santa Eulàlia, who met her end at the hands of the Romans after enduring terrible tortures at the age of only 13. Barcelona’s co-patron saint, along with La Mercè, Santa Eulàlia is a special favourite of children, and her celebration is on this year from Friday, February 7 to Wednesday the 12th.

You'll find exhibitions on around town, such as 'Fantàstics!', a show of traditional festival fantastic beasts which you can see in the Virreina Centre de la Imatge (Feb 1-9). The beasts are creations from Barcelona and around Catalonia, representing legends and myths as well as modern characters inspired by comics and fantasy or horror films and literature. On the 10th and 11th, also in the Virreina, you can meet a variety of 'gegants' (giants) from around Barcelona that honour Eulàlia.

Saturday 8: The day starts with a display of Giants in Plaça dels Ángels (10am) and a traditional dance of the Sardana by a children's group in Plaça de Sant Jaume (10.30am).
At 11am in front of the Cathedral, don't miss the Diada Bastonera, an event dedicated to the performance with bamboo sticks, dancing with and hitting them together with other performers. As with many local festivals there will also be 'correfocs' (fire runs), and on Saturday there's one for kids at 6.15pm, which leaves from Plaça Sant Jaume, and then the main correfoc kicks off at 8.15pm from Plaça Reial. Another highlight is the award-winning show of music and dance 'Eulàlia' (Sat 9pm, Sun 4.45pm) inside the Cathedral.

Sunday 9: If you're in the centre of town you will be woken up by a parade of grallas (a traditional reed instrument) starting at 8am on the Baixada de Santa Eulàlia, and making its way through the streets of the Gothic Quarter. Another big draw is the Diada Castellera (human tower building) with various 'castellers' groups from around Barcelona (Plaça Sant Jaume, 11am). The Old City Giants and the Santa Eulàlia court meet up in Plaça Reial at 10.30am to start their parade. Later, at 5pm in the Palau de la Virreina, you can check out dance performances and fire shows featuring festival beasts. Plus, at 6pm, leaving from Portal del Ángel and Plaça Sant Josep Oriol, respectively, are parades of the Banda Sinfónica Roquetes-Nou Barris and the Banda del Colegio del Padre Manyanet, who meet up in Plaça Sant Jaume and perform together as one big band.

Wednesday 12: The festival comes to a close with the parade and dance of the Laia figures (Laia is short for Eulàlia), which starts at 6.30pm and ends with the dance in Plaça Sant Jaume, where other giants offer flowers to Eulàlia in front of the decorated City Hall.