A fascinating blend of Filipino, Spanish and American cultures, Manila overflows with life and fun things to do. Manila does ask visitors to embrace the chaos and the daunting city sprawl even for a short time—we promise, the rewards are endless. Shopping malls that stretch as far as the eye can see and trendy cafés practicing farm-to-table dining all sit alongside ornate cathedrals and large leafy parks. Here are the very best things to do in Manila.

Best things to do in Manila 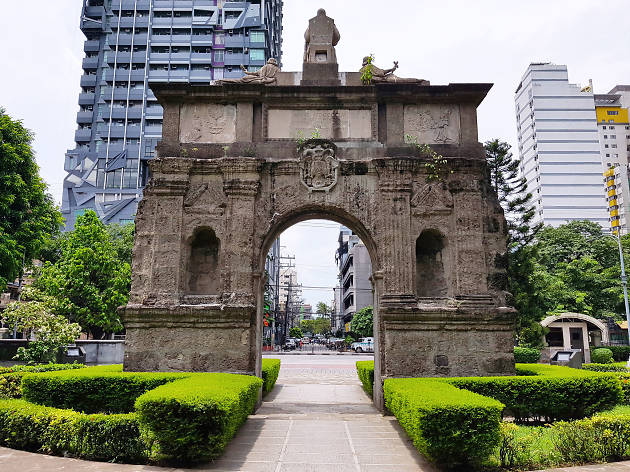 What is it? The remnants of Spain’s former colonial empire in a European-style walled city.

Why go? The Walled City – also known as Intramuros – will have you second-guessing whether you are in the Philippines anymore. As the former colonial outpost of the Spanish empire, the cobblestoned streets, towering churches and colonial-style villas lend the area a European atmosphere. A world away from the high-rises surrounding it, Intramuros is best visited on foot. While you can just wing it and wander the streets, the best way to get a deeper understanding of the country’s history is with a historic walking tour. Weave your way past Baroque churches, administrative buildings and colonial villas. When you need to escape the heat, head to the beautiful Casa Manila, which has a nice shady courtyard and restaurant. 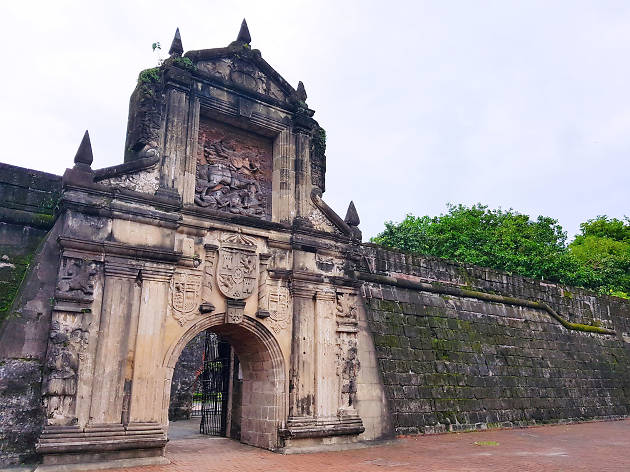 What is it? A historic Spanish fort that has been occupied by the British, Americans and Japanese. These days it’s a museum.

Why go? The walled citadel of Fort Santiago was built in the fourteenth century by a Spanish conquistador. Since then every occupying nation has taken advantage of its strategic military position, large moat, army barracks and prison cells. The museum grounds also have some lovely gardens to relax in. What makes the fort particularly important for Filipinos is that the national hero José Rizal was incarcerated here before his execution. As such, the museum has a strong focus on Rizal’s imprisonment and trial as well as stories about his life and a shrine dedicated to his memory. Expect lots of people every day of the week. 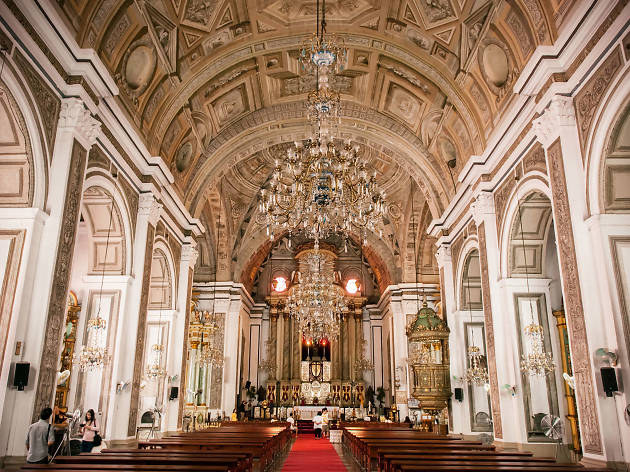 What is it? The oldest and most important church in the Philippines.

Why go? San Agustin Church in Intramuros is one the most important religious sites in the Philippines, which happens to be the fifth largest Catholic country in the world. Partially destroyed during the Second World War, and then again by some earthquakes, the current museum is the fourth one built on the site. The adjoined museum is a treasure trove of ornate religious objects and paintings – and the impressive halls, decorative ceilings, and courtyard gardens make the site well worth a visit. During church services or weddings certain parts of the church are closed to visitors, but this is rarely enforced. 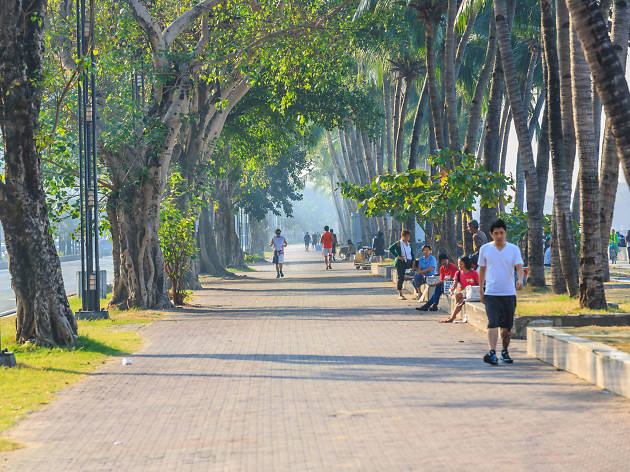 What is it? A waterside promenade and popular sunset watching spot.

Why go? Particularly enjoyable in the evening once the sun sets and the heat becomes tolerable, Manila Baywalk is a two-kilometre stretch of pedestrian friendly paths lined by palm trees. Live music, buskers and food vendors are always here as are groups of friends and young lovers. Arrive just before sunset and try a few different street eats. Halo-Halo is a popular shaved ice dessert with evaporated milk, sweet beans, mixed fruits, sago, jelly and yam ice cream. 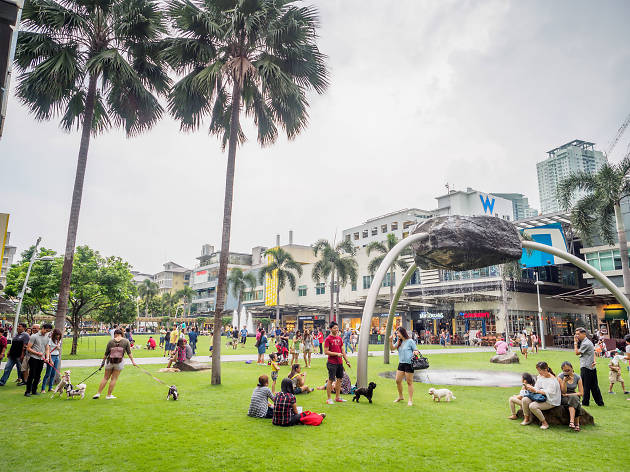 What is it? A somewhat artificial urban oasis where expats and trendy locals go to shop, eat, drink and socialise, which also happens to have an immersive 4DX cinema experience.

Why go? When the hustle and bustle of Manila wears you a little thin, take a breather at Bonifacio Global City. Sculptures are strewn around the carefully maintained gardens and large-scale pieces of street art from local and international artists are dotted across the neighborhood. The cinema rooms at Bonafacio 4DX play Hollywood films that have been converted to include water, light and smoke effects while you get bounced around in moving chairs. When it’s finally time for lunch, the Wholesome Table is one of the trendiest cafés on the strip with a delicious healthy menu and strong tasty coffee. 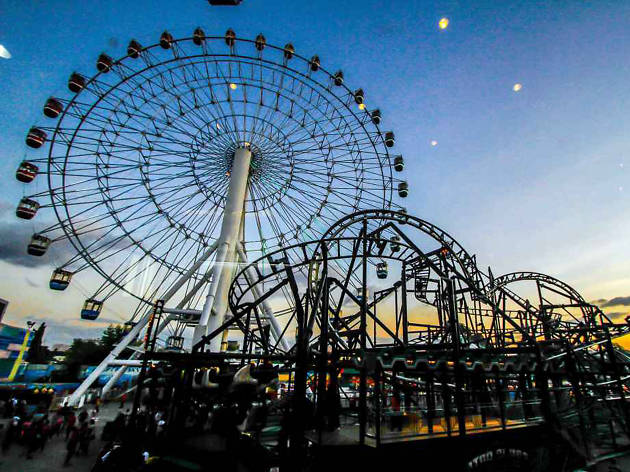 What is it? A theme park that’s almost as much fun for adults as it is for kids.

Why go? Escape Manilla’s heat at this partially indoor theme park. The usual rollercoasters, carousels, children’s rides and classic arcade games will keep you busy for a few hours. The snow room is a particular highlight with large ice sculptures of famous monuments from around the world and a toboggan slide. While the park has seen better days, the inner-city location, cheap entry price, air conditioning and sheer variety of attractions make it a good option to kill a few hours. 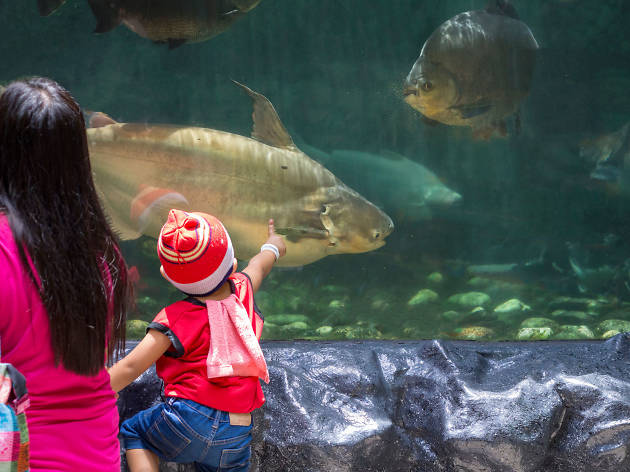 What is it? An aquarium-themed park and hotel.

Why go? Manila Ocean Park has regular aquatic performances and chances to get up close to some truly beautiful tropical fish. The ‘aquanaut’ experience allows you to don an oxygen-filled space helmet and walk underwater. If you can’t get enough of the park, you can stay the night inside a marine-themed hotel room at H2O Hotel. Hidden within the park, rooms feature a floor to ceiling aquarium wall. 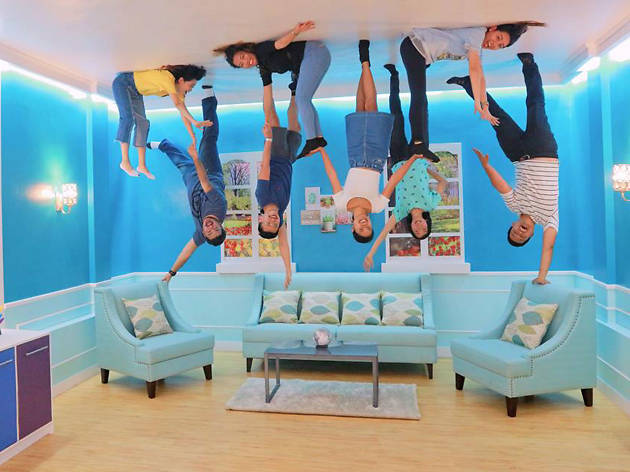 What is it? The chance to see things from a different angle with everyday objects flipped upside down and bolted to the ceiling, creating some very unusual photo opportunities.

Why go? The idea behind Upside Down Museum is to create opportunities for really weird photos. Everyday offices, kitchens, bedrooms and even cars have been flipped upside down or to an angle, to create an illusions in camera of you standing on your hands, or balancing in impossible positions. Bring your own camera or phone and ask one of the many staff wandering around the place to take your pic. They will know all the best angles. 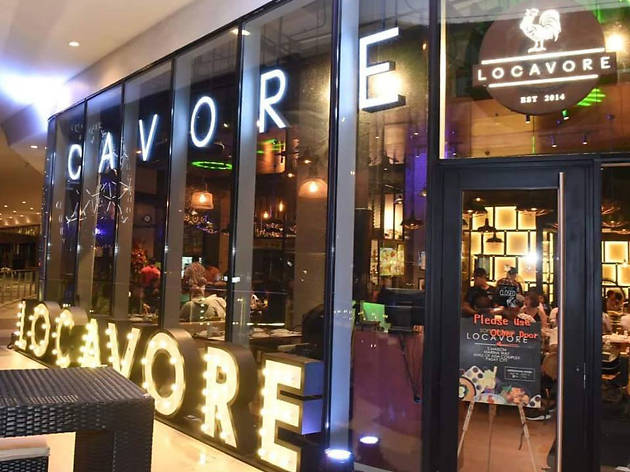 What is it? The best place to try Filipino food.

Why go? Chef Mikel Zaguirre’s menu is full of Filipino comfort food, cooked with modern French techniques. Focusing on farm to table and sustainable practices, the vast menu features plenty of pulutan, or Filipino finger food snacks. Try a little of everything starting with the kinilaw sampler; similar to ceviche, this classic Filipino dish is both healthy and delicious. The bicho bicho doughnuts with fresh banana are also a must. The drinks menu has plenty of great local craft beers, though the signature cocktails infused with locally grown calamansi, pineapple and labuyo wild chilli are our favourites.