Taking pride of place in the Swiss capital, Bern, the parliament building is a magnificent structure that stands out as one of the city's key landmarks.

After Bern was declared the Swiss capital in 1848, a magnificent new building of course had to be constructed for its parliament. The construction of today’s west wing began in 1852 with the east wing added 32 years later in 1884. The striking middle section with its dome and golden ribbing was completed a little later in 1902.

That infamous dome is clad in copper and once had a reddish hue - back in the days right after its completion. In the years since a turquoise patina developed that you will always see when copper ages. The embellishments in and around the Parliament Building are the work of a total of 38 artists from all over Switzerland.

The popular Parliament Square was inaugurated on July 31 and August 1, 2004 and now serves as a hangout for visitors young and old, rather than providing parking spaces for cars as it used to. It also hosts the weekly traditional market. 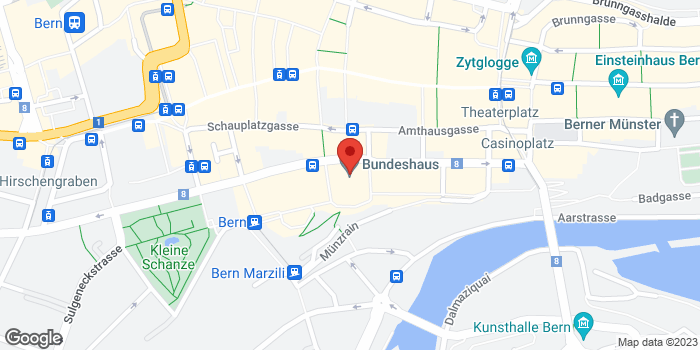