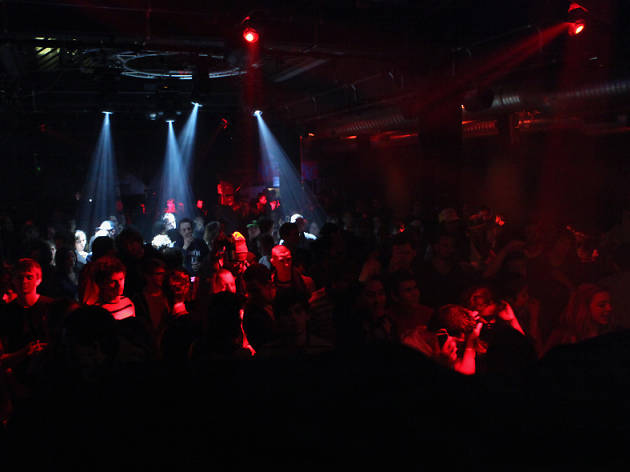 Geneva’s nightclubs will be closed until mid-November

Anyone in Geneva itching to bust out their dance moves may have to wait a little longer than planned, as clubs, dance halls, cabaret venues and pretty much anywhere that encourages dancing en masse will remain closed until November 16. The decision was announced by the Geneva authorities on Wednesday, September 2, due to the high rate of Covid-19 infections around the canton. While authorities said that infection rates are now “stabilising”, the move to extend club closures has been taken to avoid another coronavirus surge. While that may be bad news for Geneva’s nightlife industry, to try and mitigate the financial effects, authorities have said that these venues can operate as bars or rent out their spaces for private events, such as weddings or birthdays. Outside of Geneva many clubs have reopened, but some have faced criticism after clubbers and staff have been forced to quarantine, as a result of the virus spreading around certain venues. Unsurprisingly, most large music events and festivals have been cancelled, although some are still taking place, such as Caprices in Crans-Montana. The festival takes place across two stages over two weekends, with the capacity of each stage limited to 1,000 people, split into three “zones” of 300 people – these numbers are the maximum currently allowed at an event, as per government guidelines. The Caprices website says that its organisers are “following close advice and regulations of the Swiss Government” and will be asking festival-goers for their details for the purposes of contact tracing. Even without clubs – for the moment – there’s still lots to do in Geneva, so if you’re in the city and looking for ways to keep entertained, head over to our pick of the 21 best things to do in the city. And for more inspiration, get stuck in to our Geneva guide. 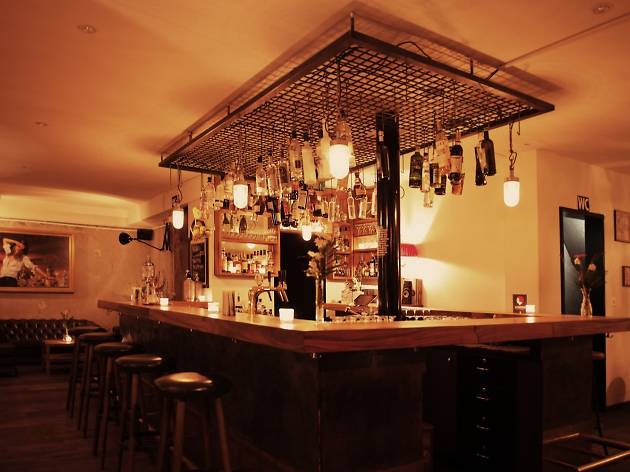 The 10 best bars in Zurich

Once dominated by a classic bar and traditional pub scene, a flurry of openings has underlined Zurich's status as Switzerland’s most international city, at least when it comes to drinking. 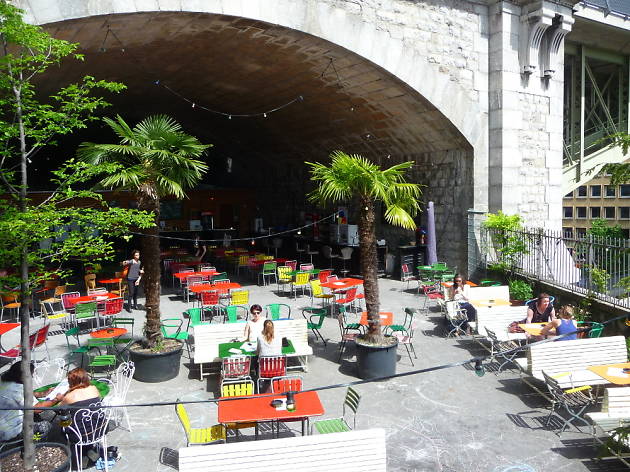 The best summer bars in Lausanne

Craving a beer garden? Yearning for a sunny terrace for your morning coffee? Check out our guide to the best places to grab an al fresco drink in Lausanne. 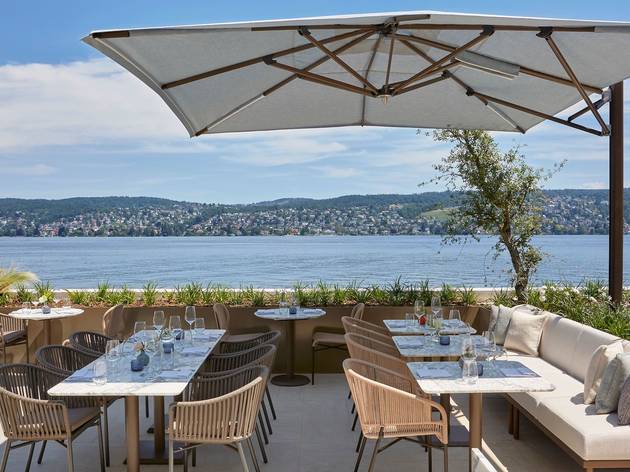 Widder by the Lake

Gazing out over Lake Zurich is one of Zurich’s purest pleasures. And when you can gaze out over the lake accompanied by great food and drink, it doesn’t get much better. Widder by The Lake is the restaurant of Hotel Alex, a smart and sexy venue perched idyllically on the western shores of Lake Zurich. The enviable view across the water from the marvellous terrace is, understandably, a big draw for many, providing a blissful panorama of the city. Thankfully, though, the venue doesn’t rely solely on its show-stopping views, as plenty of thought and care has been put into the food, too. The menu is heavily influenced by Mediterranean cuisine, but there are various global touches as well, giving things a well-rounded feel, whether you’re snacking on small plates, keeping it light with a summer bowl or indulging in a main course. The extensive wine list is another plus point, featuring wines from the venue’s own farm and vineyard in Ascona – and you just know those are going to be worth trying. If cocktails are more your thing, the experienced bar staff know their way around both classic cocktails and a range of signature drinks. This is one lakeside spot that more than lives up to its potential. 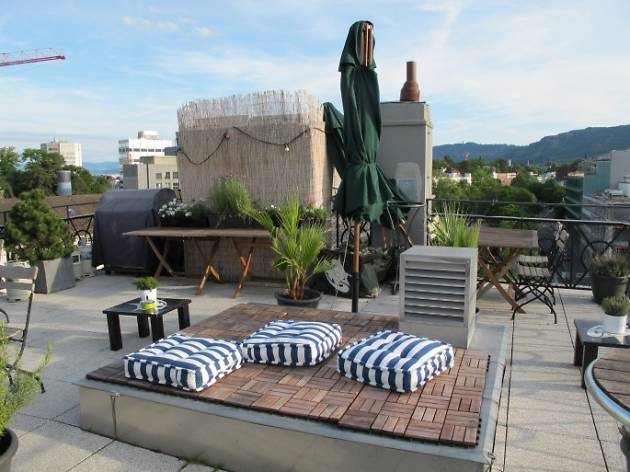 Hotel Helvetia’s rooftop bar is decadent Zurich summertime at its best. Zürcher favourite ‘Helvti’ became infamous in the 1970s for illegal lock-ins and its role as a meeting point for discontented artists who were plotting a counter-cultural revolution. It still holds a charming sense of the bohemian in its dandy chic style and attitude, and where better to soak up the ambiance than from the rooftop terrace? A well-kept secret above the Sihl river, the bar is the ideal spot for a relaxing sundowner. It may be tiny, but what it lacks in size it makes up for in views over the leafy inner city.

Great places to drink in your city 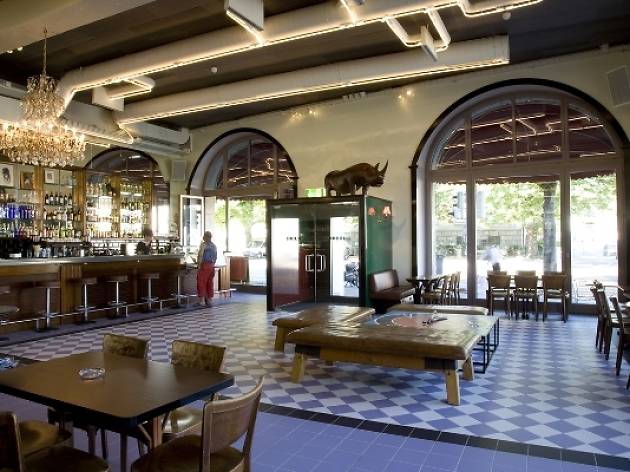 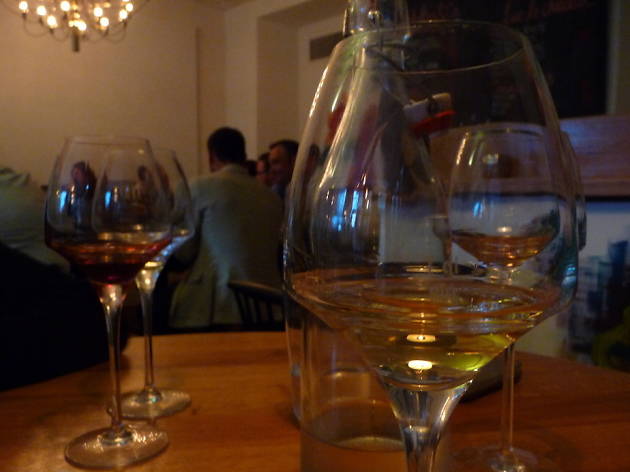 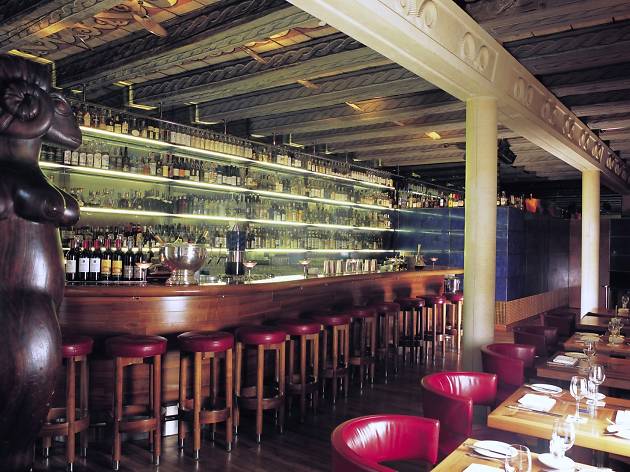 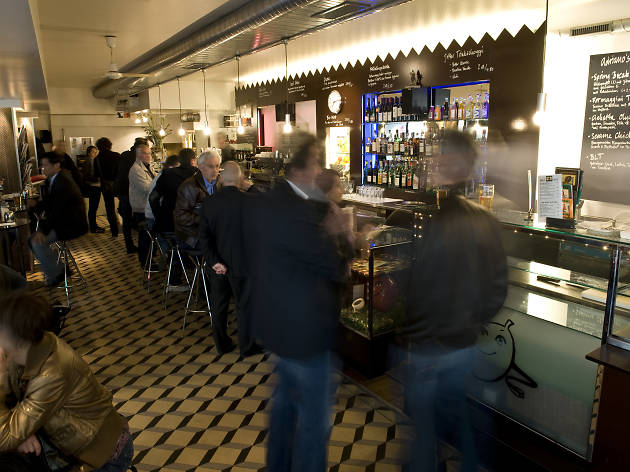 Where to drink cocktails in Zurich

With its 1,000-bottle library of spirits, its sleek interiors and elegant seating, the Widder Bar is certainly at the very top end of Zurich's establishments. 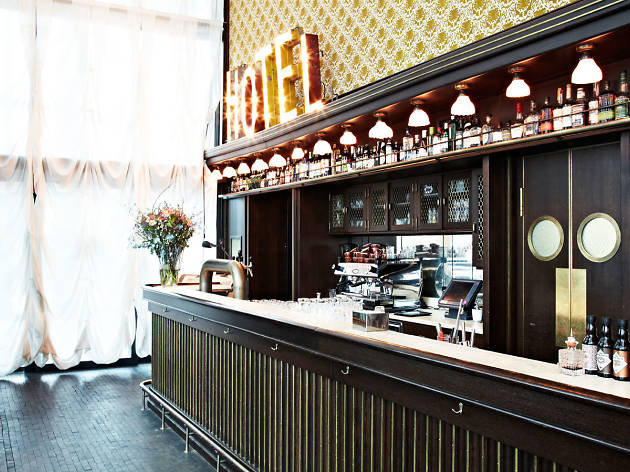 This large café bar on two floors has a comfy and cosy feel and serves good espressos and fine cocktails. 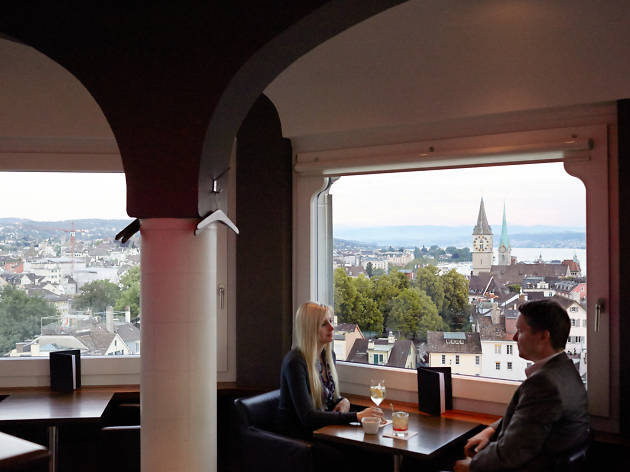 Sitting here with 360° views of the city, sipping on a cocktail and holding your significant other's hand might be as close to a perfect date as it can get in Zurich. 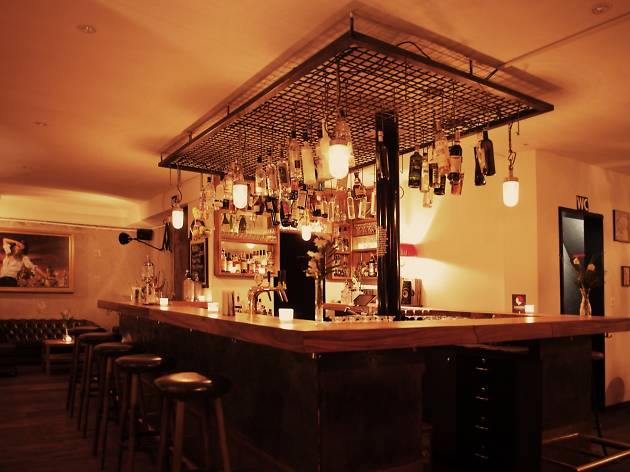 With its rather minimalistic interiors, Chesterfield sofas and enormous bar counter, it aims to be a classic cocktail bar with a huge selection of both classic and signature drinks.

Where to go for after-work drinks in Geneva and Lausanne 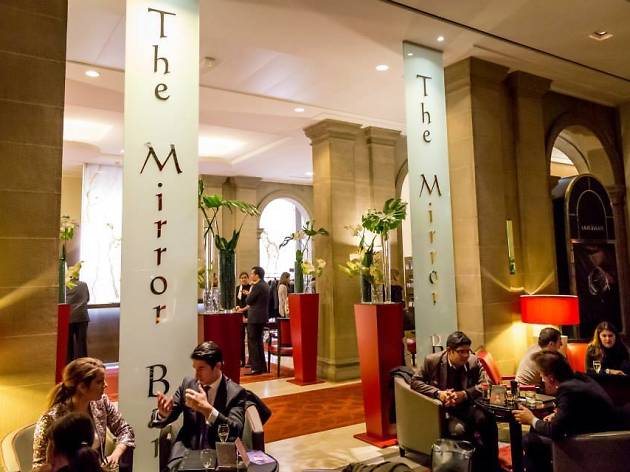 This upmarket hotel bar is one of the top drinking spots in the city, thanks mainly to the regular 'Afterwork' cocktail events. 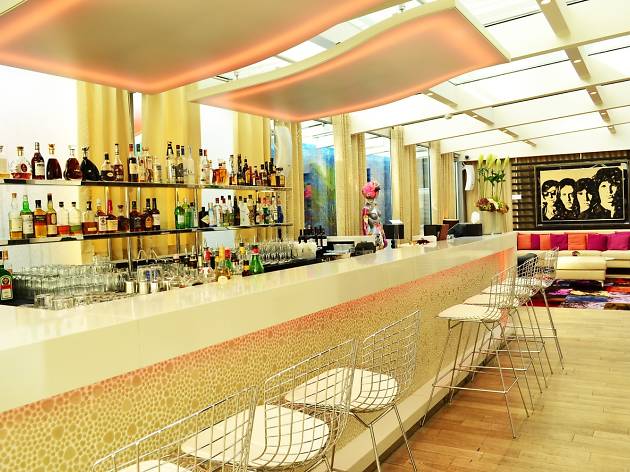 A vision in pink and purple, this bar within the trendy N’vY Hotel aims to bring a sprinkling of New York cool to Geneva’s less-than-salubrious Pâquis district. 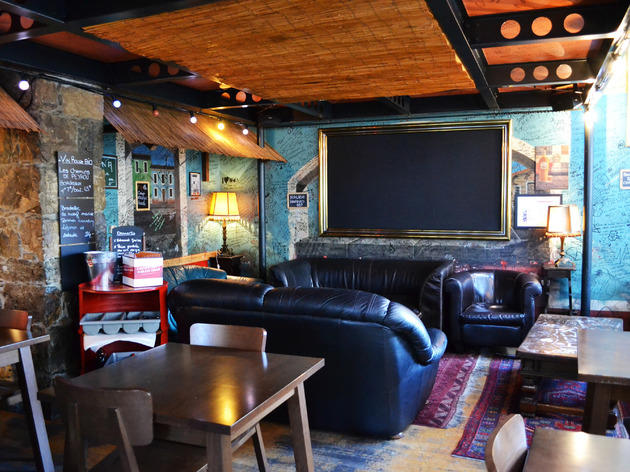 Big, brash and loud, there’s nothing subtle about this Cuba-inspired bar which imbues this prime spot in Plainpalais with a beach holiday feel. 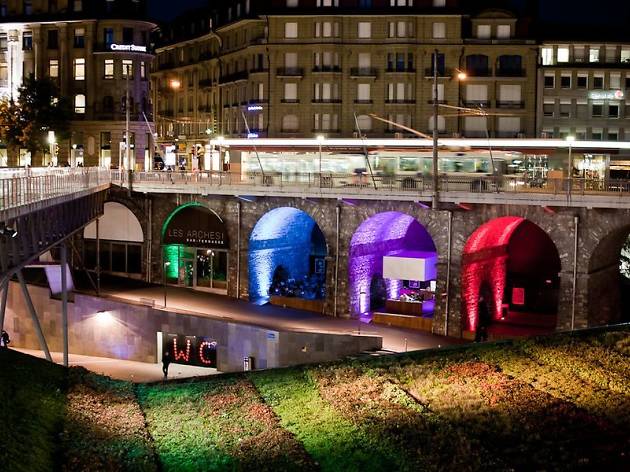 Sometimes you need a good spot to people-watch, and what better place than under the arches of the Grand Pont, the nineteenth-century bridge that cuts through the centre of town. 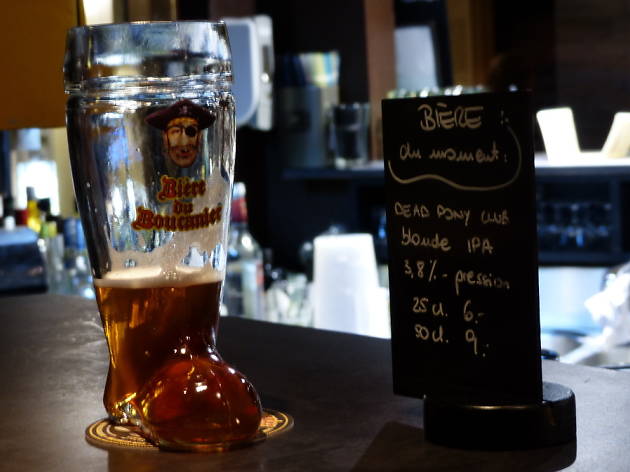 A relative newcomer on the Lausanne bar scene, this smart pub is a a classy affair. 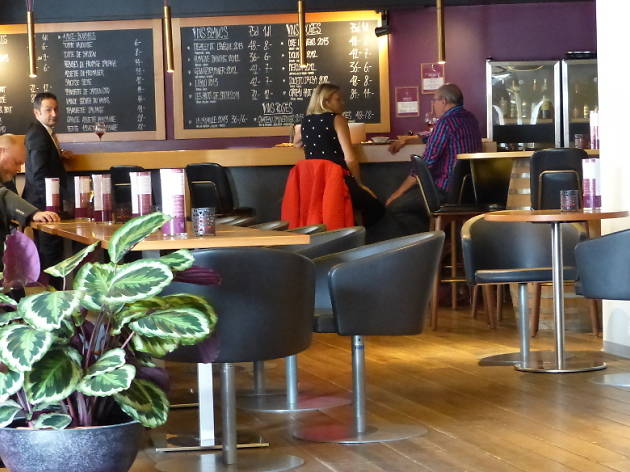 Originally a wine shop with a few tables suitable for a quick apéro, this place recently changed hands and now leans more towards bar than shop.