For Zurich's hardened commuters, the last thing they would expect to stop them from their daily travels is an advert.

But that's exactly what happened in Zurich Main Station, when a video billboard beckoned passers-by to engage in conversation with a digital elderly man before offering a free train ticket to Graubünden.

Claiming to be transmitting from the picturesque mountain village of Vrin, the offers would leave people in a dilemma as to what they should do; with some great reactions from members of the public.

The stunt was an advert for Graubünden Tourism and its video has gone viral, which may result in more train tickets purchases for Vrin.

The ad is also part of a campaign to help lower the stress of city-dwellers by endorsing breaks to the countryside. 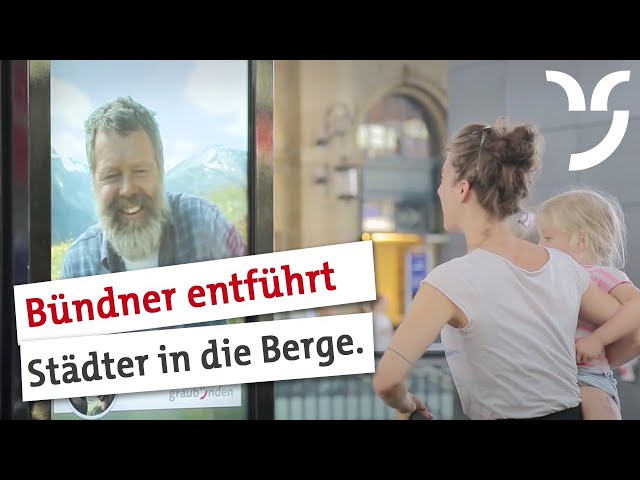