Sit, stroll, have coffee and ice-skate in this lovely city centre park.

This leafy idyll in the heart of Geneva sits just below the Old Town in the university district. As such it’s a favourite hangout of students who lounge about on the grass in summer instead of studying in the nearby library. Within the park is the Reformation Wall, a huge stone carving depicting the forefathers of the Reformation movement, including John Calvin, credited with founding protestant Geneva as we know it today. The park is perfect for a stroll or a sit in the sun, for having coffee at the old bandstand-turned-café, and for watching chess players outwit each other on the giant chess board. There's a children's playground and, in winter, an ice rink by the café which is free to use (skates can be hired for a small charge). 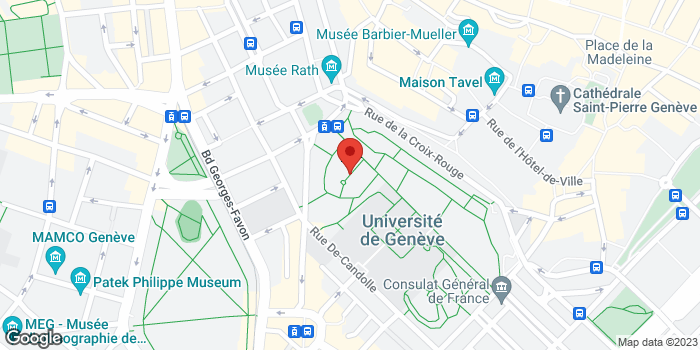