John Lewis, Sainsbury’s, M&S, Aldi and Lidl have all put out their festive ads. But which is the most powerful of all?

Rejoice, the most magical time of the year is here! No, not Christmas, that’s still a good month off. Instead, it’s that time when mega brands pretend to be all-round decent normal guys by making poignant festive adverts about the value of togetherness, love and buying shedloads of festive tat.

And if that sounds cynical, it shouldn’t. I love Christmas adverts. They make me laugh, they make me cry, they make me text my loved ones to check they’re all still broadly alive. They’re art, of the most emotionally manipulative kind possible: two-minute miniature epics, designed to send you weeping into the arms of mother capitalism for comfort.

But they’re not created equal. Some are instant classics that create a whole heartwarming universe in the space of a few seconds. Some of them cry out to be shoved on mute while you put the kettle on. Here’s a ranking from worst to best. 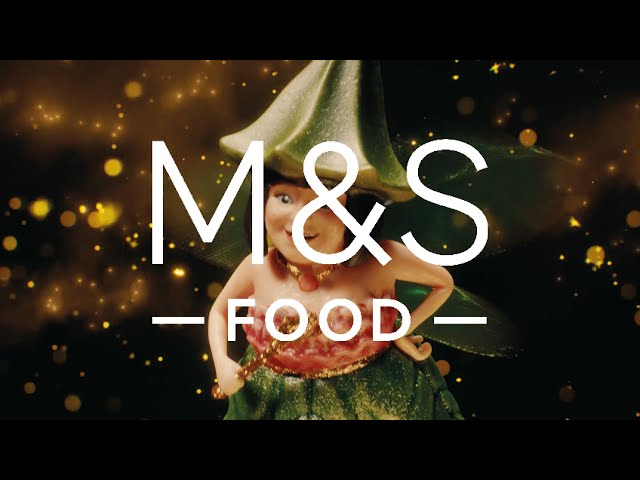 My my, Dawn French AND Jennifer Saunders in one glorious advert. M&S really does know how to spoil us. Or do they? Much like a three-week-old trifle pot from the back of the fridge, this ad isn’t the delicious confection it first appears. There might be two comedians here, but there are zero discernible jokes. French plays a smug Christmas tree fairy, poor Saunders has to play a bedraggled dog toy, and both have to spend a very long time cooing in wonder at footage of M&S’s seasonal line-up of dishes. Yeah, we get it M&S, you make a nice sarnie – now give us a story to chew on.

Sob factor All that product placement just made me hungry really. 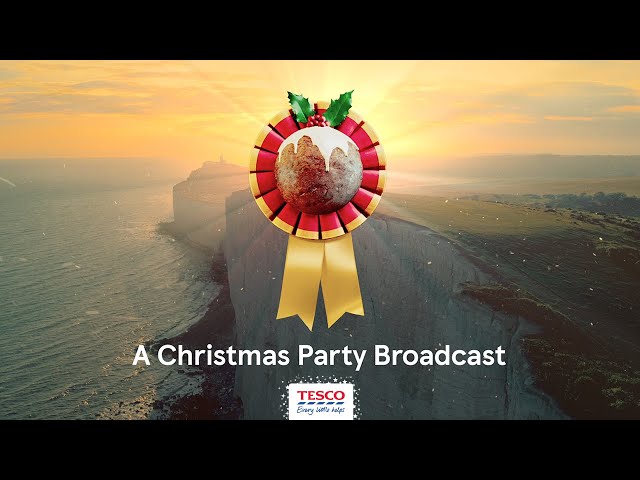 This year, it’s come to Tesco’s attention that some politics is happening. So it’s waded in, with all the deranged clumsiness you’d expect from a supermarket that once invented and attempted to sell a lasagne sandwich. ‘Britain, there’s a joy shortage,’ declares a smug politician-type voiceover, ‘so we at Tesco have formed the Christmas Party to help.’ So what can we expect from this great new political force? Well, the closest thing it comes to an actual policy is a vaguely socialist agenda: ‘The only thing we’ll cut are prices, and cake.’

But it rings a bit hollow coming from a supermarket whose CEO pocketed a £3.2 million Christmas bonus last year. Plus, its proposed ban on bedtimes seems totally unworkable. I don’t know what the other party in this deranged election is, but they’re getting my vote.

Sob factor I only wept at what this country’s coming to. 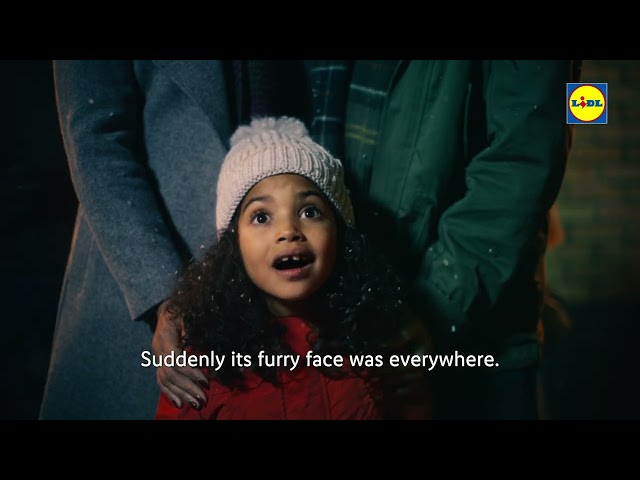 Okay, this one is weird. It’s a parable about the corrosive effects of fame, telling the story of a Lidl jumper-wearing bear who’s catapulted to stardom after he’s ‘spotted’ in a supermarket. Billboards, red carpet appearances, TikTok dance crazes and private-jet parties with sexy miniskirt-wearing ladies follow. But the little girl he belongs to just wants him to come home from Christmas. At the eleventh hour, the Lidl bear literally parachutes in to save the day. ‘Big hug. Tasty food. Narrative complete,’ trumpets the weirdly self-aware voiceover. But I don’t know if I want my Christmas ads to be so… knowing. This is the season of sentimentality, not metatheatricality, and Lidl’s offering is short on festive highs.

Sob factor My eyes were as dry as Lidl’s own-brand wholegrain wheat bixies. 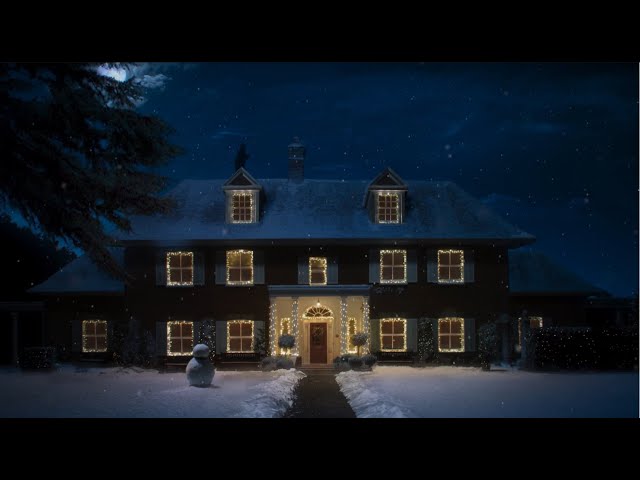 ‘Mummy, can I donate my pocket money to Neighbourly? They’re helping families in need!’ said no child ever. And yes, the child in question here is actually a small carrot, but my point stands. Aldi’s gently charming but ultimately unmemorable 2022 Christmas advert sees the return of its resident animated carrot family, acting out a blatant but fun rip-off of Home Alone. The carrots are off to Paris, but they’ve left little Kevin at home, so he lays traps to foil intruders. But instead, his fairy-light zip-line propels him into a snowman’s groin… bit of innuendo for the adults there. Santa saves the day, the carrot family is reunited and then they sit down to a cannibalistic Christmas feast of other vegetables, raising troubling questions that are left unexplored.

Sob factor No tears, but the ‘trifle tower’ pun did raise a smile.

One of the weirder sides of the annual cavalcade of xmas adverts is the way that mega multinational companies whose WHOLE THING is making money suddenly pretend that the opposite is true. ‘Capitalism? I don’t know her!’ they protest. I found it hard to get past the hypocrisy in this year’s McDonald’s ad, which is so slushy it’s hard to remember it exists to flog burgers. A little boy makes a comically vast Christmas list, which furls out behind him like a kite as he runs through the wintry streets. Then, it blows away in the wind. His mum consoles him by taking him to Maccy Ds, and he shows her that only one section of the list is left: a picture of a happy family. Who needs consumerism, eh? It’s all pretty cute. But the message feels old-fashioned for its humble, unabashed sentimentality, like something Don Draper would come up with on an off day. Can’t the poor kid get presents AND nuggets? Is that too much to ask for in 2022?

Sob factor This advert wanted me to cry so much that I withheld tears on principle. 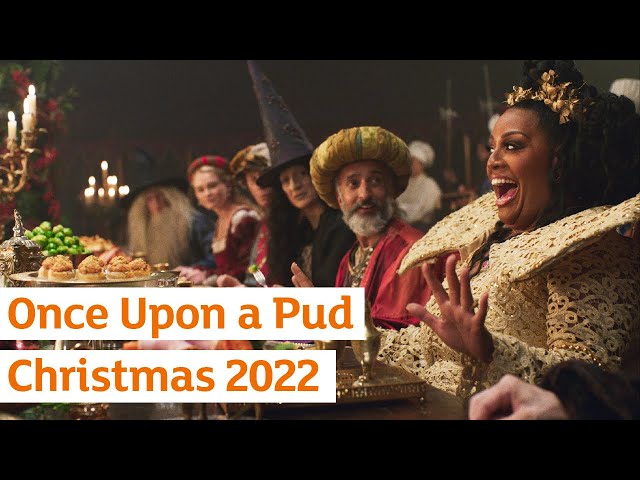 This one? It spoke to me. Every Christmas, my family members demand that I make them a raisin-free pudding, even though dried fruits are the sticky foundations that centuries of British festive traditions are built on. Here it’s daytime telly star Alison Hammond who’s doing the demanding, asking her humble chef to make her a delicious pudding in the guise of a medieval queen. I liked her imperiousness. I liked all the costumes. And I liked the nice little details, like the bit when our young baker hero steals a huge digestive from a giant who yells ‘That’s MY biscuit’. I’m not really sure why there’s an instrumental version of ‘Teenage Dirtbag’ playing, except because that’s just the xmas advert soundtrack formula these days: well-known song, bizarro cover. And you know what, it works.

Sob factor A little tear of recognition for all the underappreciated xmas cooks out there. 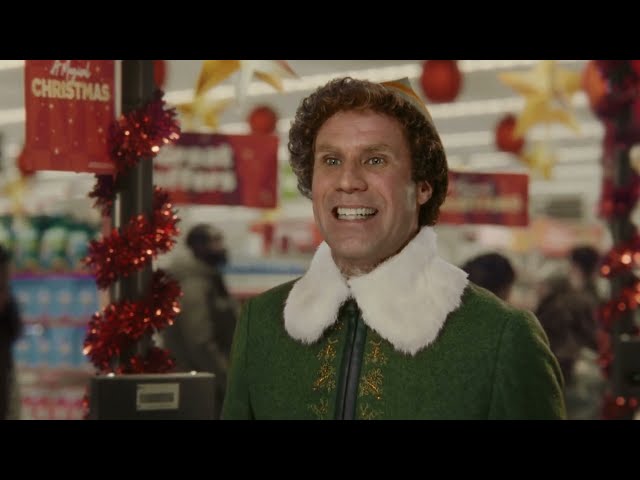 I respect the baubles of this one. Yep, ASDA has just fully plugged footage of Will Ferrell from Elf into its ad this year, repurposing his lines so that it looks like he’s interacting with non-plussed supermarket workers on his first day on the job. ‘Christ, I knew staffing shortages are bad right now, but this is ridiculous,’ you can see them thinking, as he proposes making snow angels or gobbles up all the free samples. It’s both hilarious, and a nice break from the oppressive games of happy families going on in other ads this year.

Sob factor Is that a tear in my eye, or is it the acrid scent of George at ASDA’s Berry Spice Candle making my eyes water? 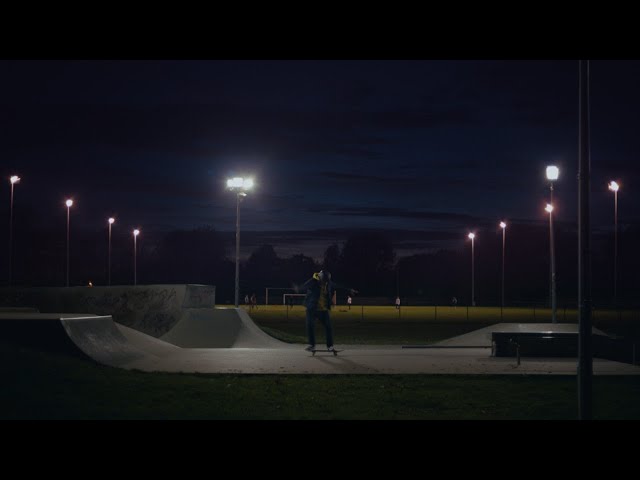 Okay, John Lewis didn’t technically invent the Christmas ad genre, but it’s certainly perfected it with genre classics like ‘The Long Wait’ (2011) which almost made me want to have a kid, or ‘Excitable Edgar’ (2019), a mini fantasy epic which made me want a toy dragon (much more achievable). This year, the nation’s most sensible department store has gone sombre. A stock-figure hapless Dad is learning how to skateboard, watching videos in his dull grey office or hitting the skate park after dark. ‘How tragique, a midlife crisis,’ we’re meant to think. But he’s actually doing it to bond with a foster kid, who arrives clutching her own skateboard. And it’s not just empty sentiment: the ad comes with a commitment to supporting kids in care. Well played, John Lewis.

Sob factor I haven’t cried this much since I found out how much a new sofa-bed costs.

There’s something bleakly brilliant about the premise of this year’s Waitrose offering, which is soaked in a melancholy consciousness of the relentlessness of time, just as their oven-ready roast potatoes are saturated in goose fat. Who’d be a farmer? No sooner have you crammed last year’s depreciated Christmas tree in your wheelie bin, then it’s time to start planning next year’s festivities. ‘January 1,’ screams the calendar, and it’s out cracking the ice on the water trough, mending fences, wrangling bees, chasing pheasants and all the other effortful rural pursuits that go into making the Christmas dinners of pale, flabby city folk. Planned all year, devoured in seconds. But the mood lifts when we finally reach the dinner table, with the arrival of one of the most talented toddlers to grace our screens in some time. The way his face un-creases when he’s offered a pig in blanket! Give that kid an Oscar!

Sob factor Sadder than the slaughtered menagerie of animals that went into creating Heston for Waitrose’s Three-Bird Pigs in Blankets. 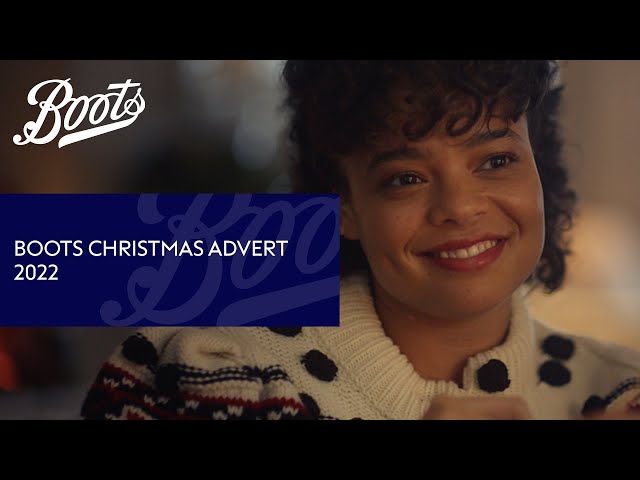 Now this is more like it! You don’t typically go to Boots for amazing adverts (I normally just pop in for Vitamin D tablets and a quick go on the perfume testers). But Boots has truly nailed it this year.

We start on a bus. Someone’s playing tinny music on their phone. What a dick. We feel our protagonist’s justified annoyance. But then, she puts on her new glasses and everything changes: a normal tree blossoms with fairy lights, her fellow commuters turn into festive party people and the bouncy Hall & Oates soundtrack bursts into life. Her glasses let her see everyone’s innermost desires, and on Christmas Day itself, they stop working… because everyone around her is truly happy and satisfied. Love it. It’s smart, fun and packed with moments that feel actually magical. What more could you want for Christmas?

ICYMI: here are 10 of the most magical Christmas markets in the UK.

Plus: here are 8 of the most dazzling Christmas light trails.