Out city's global food scene is growing, and no where can you see it more prominently than within the best Japanese food in Austin. From sushi spots to ramen houses to fusion joints, Japanese restaurants have been popping up throughout every corner of the Texas capital. And thanks to the best Thai restaurants in Austin, eateries serving some of the best Cuban food and the best Mexican restaurants, it's clear that you don't have to travel too far outside of town to taste flavors from around the globe. We've rounded up a handful of local spots serving the best Japanese food in Austin—no plane trip necessary. 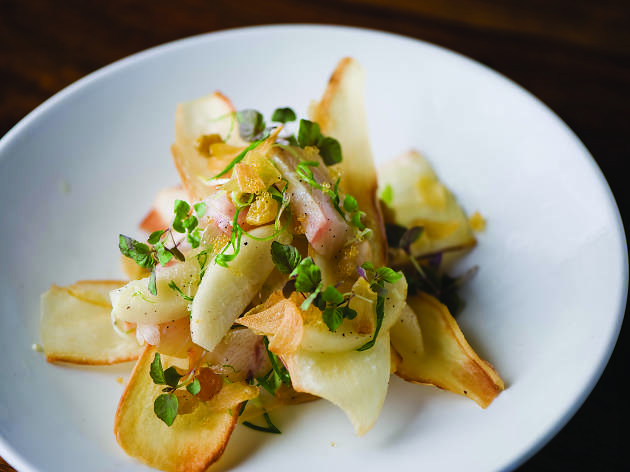 Tyson Cole swears he didn’t set out to transform the Austin dining scene when he opened Uchi in a 1920s bungalow 12 years ago; he simply wanted the “creative freedom to get other people as addicted to Japanese food as I was.” But he did both, becoming the first American itamae to receive a James Beard Award for Best Chef and opening a larger but no less warmly chic spinoff, Uchiko, along the way. Despite the expansion, there’s no room here for pretension: for all his technical mastery and cutting-edge proclivities, Cole’s menus change often and range widely enough to appeal to novices as well as connoisseurs, who can compare, say, three different kinds of sea urchin while their warier companions sample tempura-fried Brie alongside “clean, crisp, light” sakes and white wines. 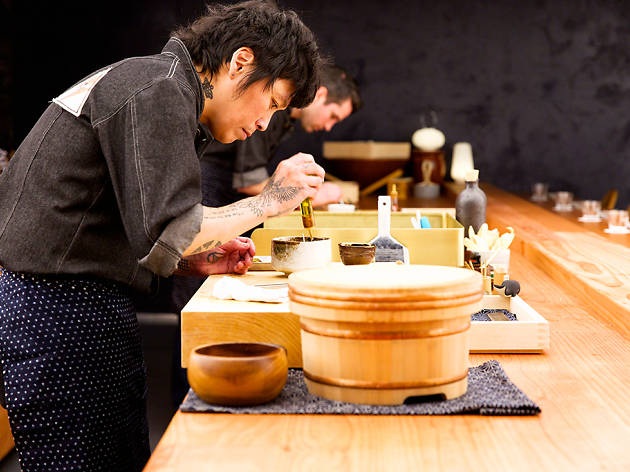 You know how you can get into some places without a reservation? That's not the case here. Otoko is strict about your participation in their multi-course omakase experience. You purchase tickets ahead of time. Reservations are available the first of every month for the month following. Each dining experience will be completely different—likely a mix of creative and challenging dishes from Head Chef Yoshi Okai. Reservations are available for one, two and four people. At $150 per ticket, it’s one of the priciest and most special options in Austin. 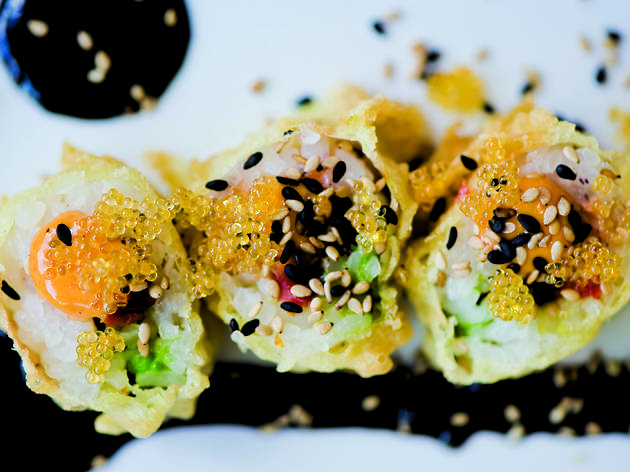 Uchiko, sister restaurant to Uchi, opened in central Austin in 2011 and has been as influential as its predecessor. The non-traditional dishes here steal the show—these Japanese small plates are delectable works of art. Jar Jar Duck is a favorite along with “Ham and Eggs” (pork belly, yolk custard) and the fried milk. There’s a fresh daily menu and, like Uchi, a social hour as well. 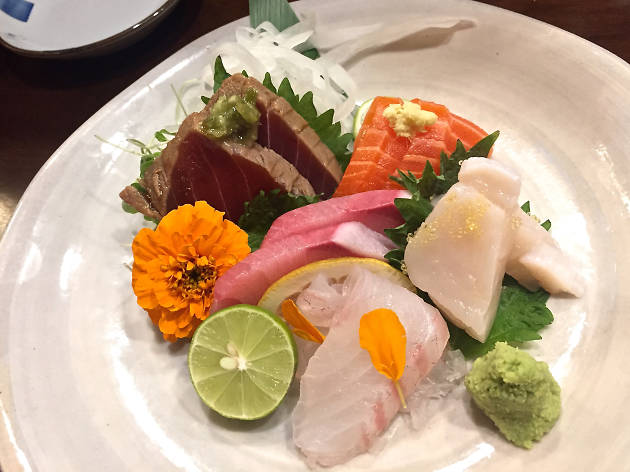 Fukumoto, a refreshing new addition to the scene, is a sushi bar and yakitori izakaya headed by former Musashino chef Kazu Fukumoto. The sushi here is perfect. The marinated and grilled yakitori menu is fantastic. The friendly servers will help you navigate the menu and offer beverage pairings. Fukomoto himself is always on site, actually working (!), and everything that leaves the kitchen does so with his blessing. Try to get a seat at the sushi bar, where the chef will check in on you in his typical reserved and gracious manner. Bonus: The music is always a kooky mix of country, ’80s and techno that drowns out any chance of pretension. Order the chef’s choice sushi platter and allow your server to recommend yakitori specials. 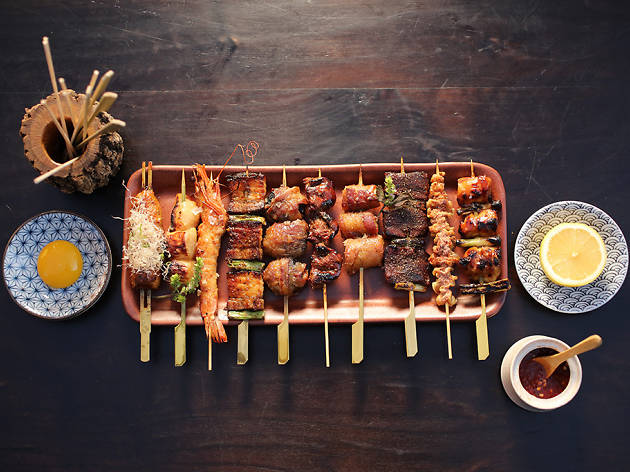 This third outpost from the team behind Ramen Tatsu-ya takes on yakitori. Located in the former Live Oak Barbecue spot, the smoke stained walls and rustic setting lend a Texas feel to the Japanese hotspot. Plates are meant to be shared and accompanied by stiff cocktails. Echoing its surroundings, the menu offers Texan-Japanese fusion fare with items like sticky rice tamale, chili cheese takoyaki, guaca-poke and yuzu pecan pie. 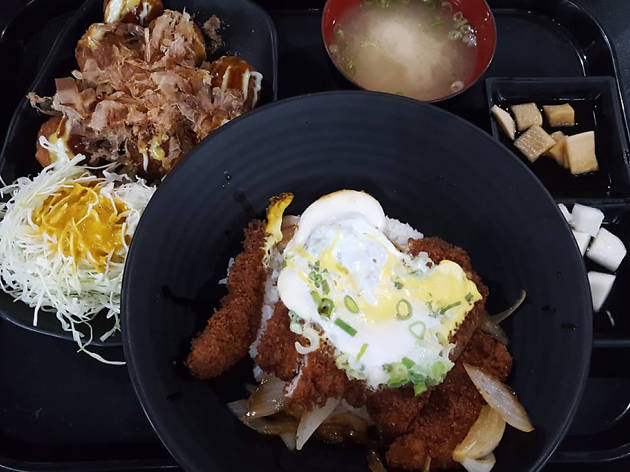 Spicy seafood yakiudon, takoyaki, spicy donkasu and Japanese curry are the name of the game at this walk-up counter in a Korean market. Folks looking for basic fare can order miso soup, traditional sushi and assorted fried items (think pork cutlets and chicken). The eatery shares the dining space with two other spots—a Vietnamese place and an Asian fusion restaurant—but Papa Donkasu clearly steals the show. 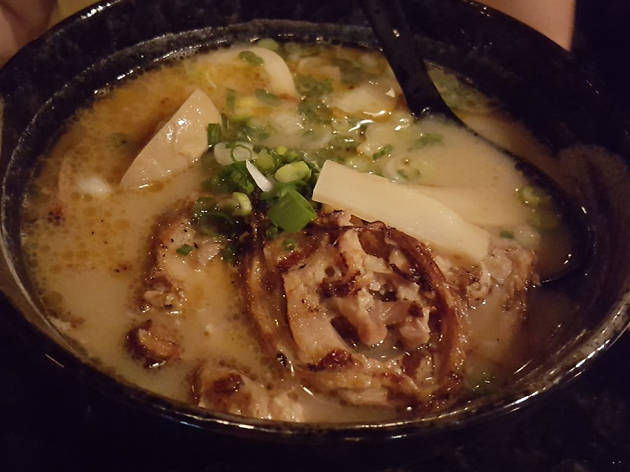 Once a sushi restaurant, Hanabi is now a yakitori spot offering six different kinds of ramen and a choose-your-own-adventure skewer menu. Adventurous diners might like to indulge in chicken gizzards or hearts, beef tongue and sea eel. Looking for something a bit less daunting? Opt for the chicken breast, meatballs, lamb, shrimp, duck and a whole roster of traditional fare. 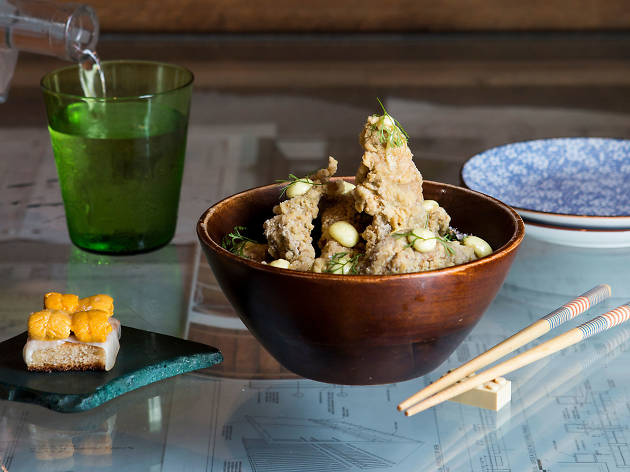 Chef Paul Qui's restuarant in the former Qui space lists uni toast, chawanmushi and quail egg as "perfect bites," but truly everything is a perfect bite here, from the blue crab nigiri to the roti canai with rabbit curry. Plates are relatively small, so your best bet when dining out with friends is the chicken karaage. You'll get a sizeable bowl of fried chicken sprinkled with spicy fish salt and dollops of kombu aioli, perfect for splitting among a group of three or four. Accompany it with a bottle of Asahi beer sipped on the patio. 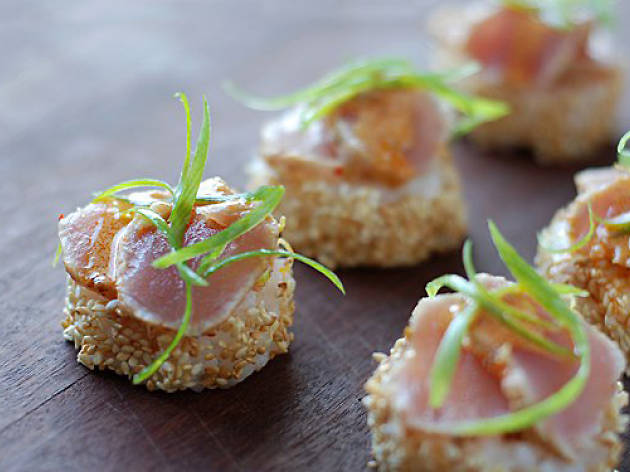 Sushi with a view! Tadashi is located in the Hill Country Galleria and the menu makes the trek worth it. Head out for wild-caught super bluefin, jack mackerel, barracuda and smooth flutemouth. The roll selection is huge and varied with over 25 to choose from. Check out the non-sushi portion of the menu as well—dig into sunchoke soup with escargot, uni with ankimo, a bento box or the more decadent NY strip with yuzu truffle butter. 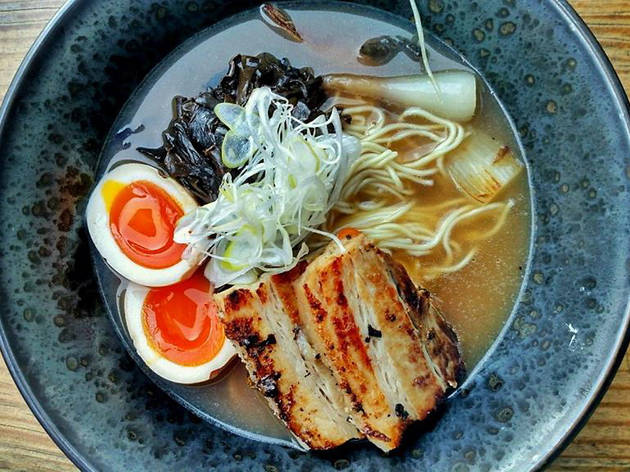 You’ll recognize Lucky Robot by the bright pink, white and black geometric street art adorning the outside. Inside, you’ll find a similarly hip vibe with a bright dining room, festive colors and swings taking the place of booths at some of the tables. The menu is extensive—hot and cool appetizers, sushi and sashimi, market fish, ramen, steamed buns and build-your-own bowls. Also featured: a Tokyo brunch and happy hour with $5 sake cocktails. 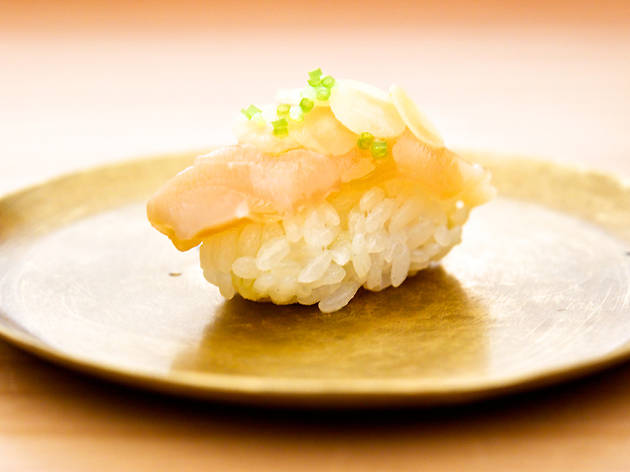 From the casual to the classy, here are 10 quality sushi spots that will please even the pickiest palate.