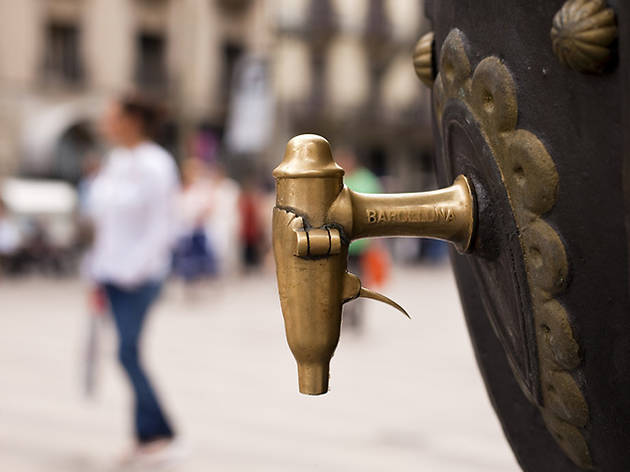 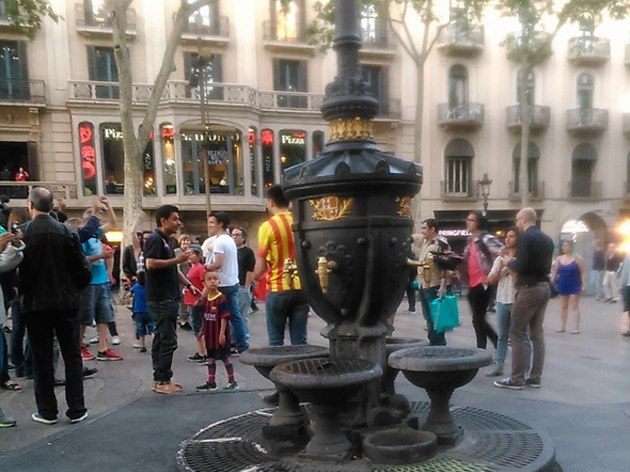 You might mistake Canaletes fountain, just outside the Plaça Catalunya metro exit at the top of La Rambla, for a regular old water fountain around the city, but rest assured it’s so much more than that. This iron monument features four water spouts and the shield of Barcelona, atop of which sits a streetlamp with four arms. Plus, legend has it that if you take a drink here, you’re guaranteed to return to Barcelona.

That story's source comes from the fact that the fountain was once located in front of one of the city gates, La Porta de Santa Anna. People searching for temporary work would come here hoping to find a job. As they were waiting, they drank from the fountain and would inevitably always come back later to look for more work.

To further understand why the fountain is so important to the people of Barcelona, you have to go back in time to the 15th century, when half of the city's drinking water was sent to the Estudis Generals university to provide water to the gardens in El Raval. This place became known as the Font de Canaletes, refering to the source of the water channels. It soon became clear to the people that the best water was found at this location, which made it a popular meeting place. Eventually, the fountain was moved to its current location in 1714, and to this day enjoys a reputation for having the best water in the city.

Nowadays, FC Barcelona fans converge here to celebrate titles. It began in 1930, when 'La Rambla' newspaper (today's Bar Nuria) posted football results in the window: fans came to find out – and celebrate – if Barça had won. They've been coming ever since. It's also a popular place for friends to meet when heading into town.