Sónar, the Festival of Advanced Music and New Media Art got underway in 1994 and is still true to its roots: a mix of explosive experimental acts to feed grey matter, and danceable electronic pop and hedonistic club music for working up a healthy summer sweat and getting those endorphins going. It’s a funfair for big, curious kids that stimulates the synapses and also provides heaps of fun – the mother of all parties with an intellectual side to help you feel redeemed if you end up suffering any residual effects. Let's kick things off with more than 45 songs by artists featured at Sónar 2015, then take a look at the daily (and nightly) programme, followed by our pick of the top ten must-see acts. 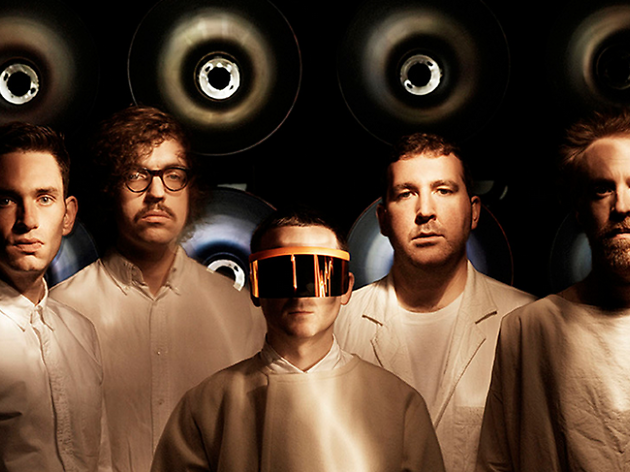 The 22nd edition of the International Festival of Advanced Music and New Media Art of Barcelona (aka Sónar) kicks off with Sónar by Day at the Fira de Montjuïc with acts including British danceable quintet Hot Chip, fronted by Alexis Taylor and Joe Goddard, regulars at the festival, and now have two chances to present their sixth album, 'Why Make Sense?' (2015), closing Sónar by Day on Thursday and playing Sónar by Night on Friday. You'll also see Arca, the project from a young producer born in Caracas who has seduced big names such as FKA Twigs and Kanye West and who has come up with a new sound that's very much his own and that could chart new territory for the future of electronic music. Also performing are Autechre, one of the most admired and respected acts in the world of abstract and experimental electronica, who are back at Sónar after nearly two decades since their only showing at the festival in 1996; the UK's Kindness, a key player in current synth pop; Double Vision, a show that brings German producer Atom™ together with images and lighting design by Australian artist Robin Fox; J.E.T.S., a project that unites two of the most excentric and clever characters of dance music in our time, Jimmy Edgar and Travis Stewart (aka Machinedrum). Spanish artists representing include Valencia's Jupiter Lion and their cosmic kraut. 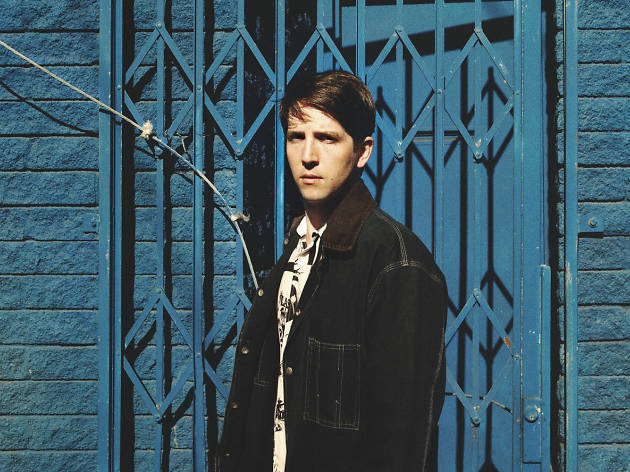 The second day of Sónar by Day brings to the stage live performances from the likes of Britain's Squarepusher, who's premiering his new album, 'Damogen Furies' (2015) in a powerful and aggressive show with outstanding audiovisual content; prodigious Canadian Owen Pallett, known as much for his string arrangements and his talent as a violinist as he is as a producer, vocalist and resourceful composer who sees the big picture; Floating Points, DJ, producer and cofounder of UK's Eglo Records and an expert in bringing together house, soul, hip hop and jazz in a thousand different ways; KTL, a project featuring two of the key figures at the forefront of sound art of our time, Peter Rehberg (aka Pita, head of Editions Mego) and Stephen O'Malley (leader of drone-metal Sunn O)))). The festival will also welcome Arthur Baker, one of the most legendary producers of electro, hip hop and electronica; the moody and danceable techno of Kiasmos, produced by Ólafur Arnalds and Janus Rasmussen (Bloodgroup); and young British producer Vessel, an expert in exploring complex sound landscapes. 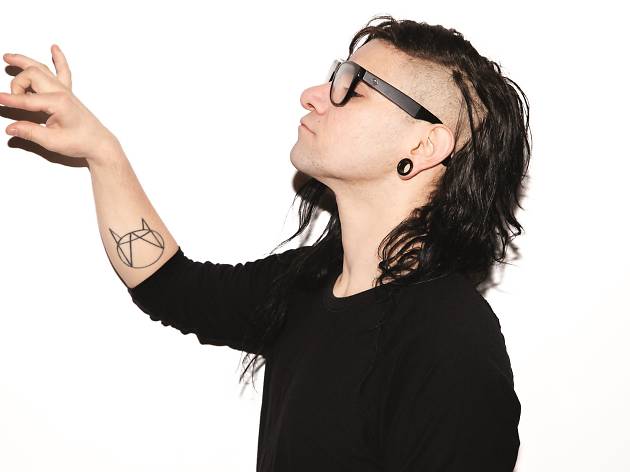 When night falls on Barcelona, Sónar moves from the Fira de Montjuïc to the Fira Gran Vía to get you dancing till the sun comes up with live music and DJ sessions like those starring superstar DJs such as Skrillex and Jamie xx; regulars to the festival like the South Africans Die Antwoord and the UK's Hot Chip (their second performance at the festival); Sophie, who's recently collaborated with and conquered big names like Madonna, Diplo and Nicki Minaj with his (her?) rhythms in line with PC Music; A$AP Rocky, the charismatic star of hip hop who comes to Sónar with his new album, ''At.Long.Last.A$AP' (2015) – the MC from Harlem enjoyed great public and critical success with his two first albums, the mixtape 'Live.Love.A$AP' (2011) and the LP 'Long.Live.A$AP' (2013), with Skrillex, Drake and Kendrick Lamar, among other collaborators. Rocky also has participated on tracks for other more mainstream biggies, including Rihanna, Justin Timberlake and Lana Del Rey. 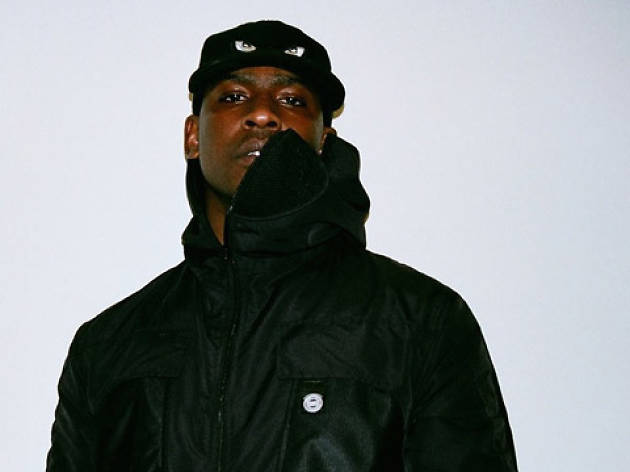 The final day of Sónar by Day 2015 welcomes the Adenuga brothers, Jamie and Joseph, better known as Jme and Skepta, respectively, who have come a long way from sharing one computer to produce their tracks to become a supergroup of grime; Evian Christ, a young British producer with his own sound that starts from a techno base and branches out to explore complex sound territories in shows with big sensory impact; German producer Henrik Schwarz, a veteran of the European deep house scene; female stars on the scene such as American composer Holly Herndon and her dystopic worlds of sound; The Bug, the most solid project of all those started up by Kevin Martin, an essential figure on the British underground urban electronica scene; Bomba Estereo from Colombia; chillwave from Spain's Fernando Lagreca; and experimental machine rock from Catalans CaboSanRoque. 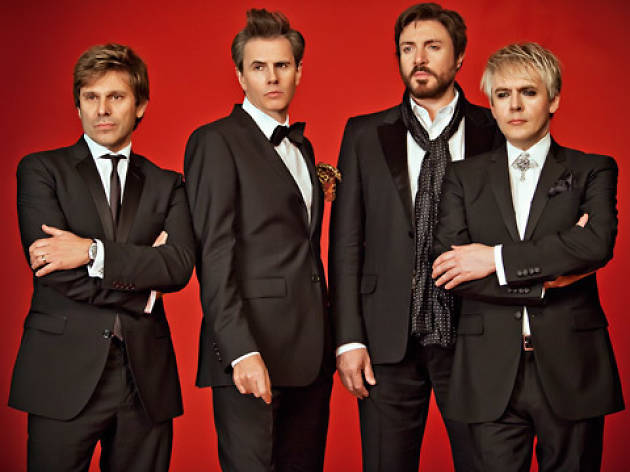 Sónar says àdeu to its 22nd edition with a nighttime programme that will have the whole city shaking, with a the new show from that spectacular Manchester duo, The Chemical Brothers (also starring in the exclusive inaugural concert on Thursday 18), who have redefined the concept of live electronic music over the last 20 years and are now back collaborating with visual artist and producer Adam Smith. You'll also be able to check out classics of electro-pop Duran Duran, who have a new album in the works for a 2015 release; alternative R&B with FKA Twigs, one of the big success stories of 2014 thanks to her debut album, the groundbreaking 'LP1' (2014); Steven Ellison, known as Flying Lotus, who has deservedly won unanimous praise and status as a cosmic hip hop genius; the explosive mixes of trap, hip hop, R&B and reggaeton of PXXR GVNG, a social media phenomenon; Siriusmodeselektor, a group made of three brilliant talents (Siriusmo + Modeselektor + Pfadfinderei); South Africa's Black Coffee; and classics like Laurent Garnier, a key component in contemporary electronica. 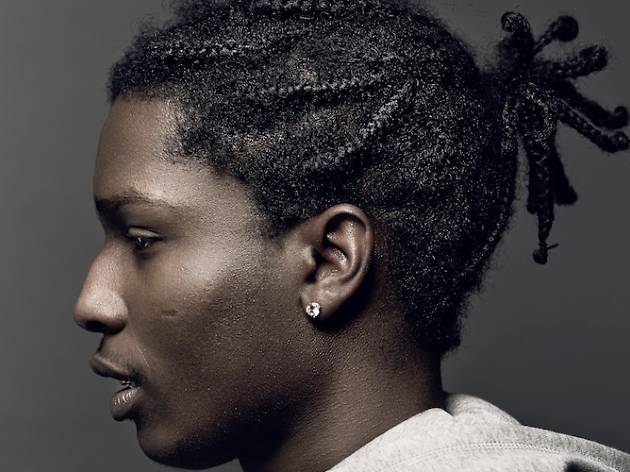 This New Yorker, a rapper and producer with great taste, is one of the biggest stars to come out of the US hip-hop scene in recent times. Even before publishing his debut LP, 'Long.Live.A$AP' (2013) – his debut mixtape, 'Live.Love.A$AP', was released for free download in 2011 – MTV sought him out to perform with Rihanna. Here he’ll present his second album, 'At.Long.Last.A$AP' (2015), featuring collaborations with FKA Twigs and Lykke Li. 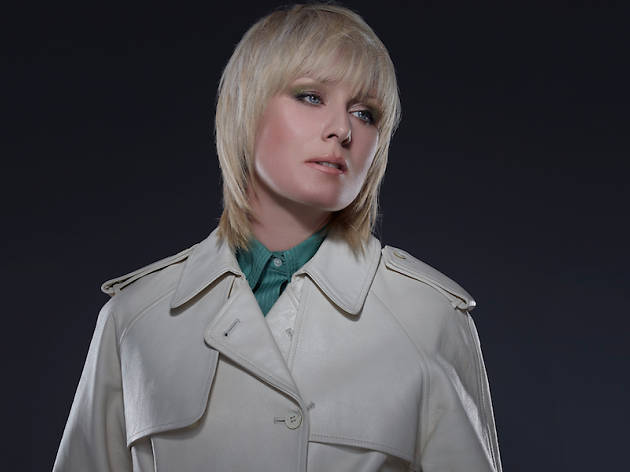 One half of elegant dance-pop duo Moloko, the Irish artist was one of the classier pop divas to come out of the second half of the ’90s. She presented her second solo album, ‘Overpowered’ (2007), at Sónar with a fabulous show that included numerous wardrobe changes. Since then, she’s been pretty quiet. Her return was marked by last year’s EP 'Mi senti' with covers of classic Italian pop hits. And this year she’s stormed back with 'Hairless Toys', a disc of refined house-pop.

They’re Sónar regulars, but this year should be a special one because they bring 'Why Make Sense?' (2015), their sixth album and one of the most solid collections the London ensemble has produced. Which isn’t a polite way of saying the record has few ‘hits’. The vintage house feel of the brilliant ‘Need you now’ will have you dancing into oblivion.

A violinst on the Sónar line-up? In his virtuoso live performances the Canadian musician uses the string instrument as much as the looper to create his angular avant-pop songs on multiple layers. His repertoire includes the brilliant 'In Conflict', praised by media worldwide as one of the best of 2014 – the album features his mix of analogic and synthetic pop as a vehicle for some of his most direct lyrics. 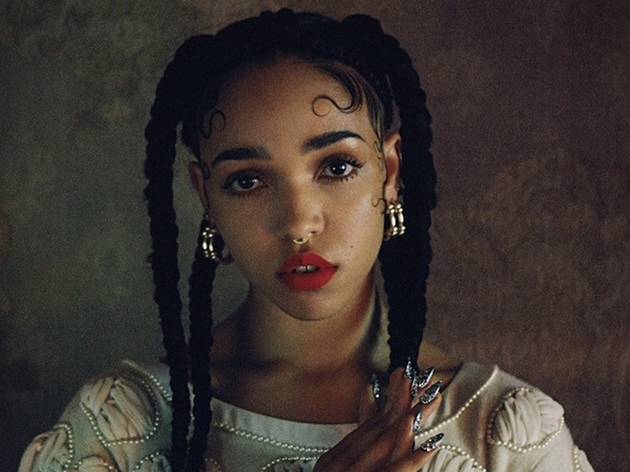 The beautiful and talented producer, singer and dancer – the last was her first vocation and saw her appear in Kylie videos and tour with Jessie J – British musician Tahliah Barnett is one of the most evocative alternative R&B artists around. Her music is narcotic and sensual – and sexually explicit – as you can hear on her debut album ‘LP1’ (2014), which includes collaborations with Paul Epworth, Sampha, Blood Orange, Clams Casino, and Arca, another of Sónar 2015’s interesting acts. 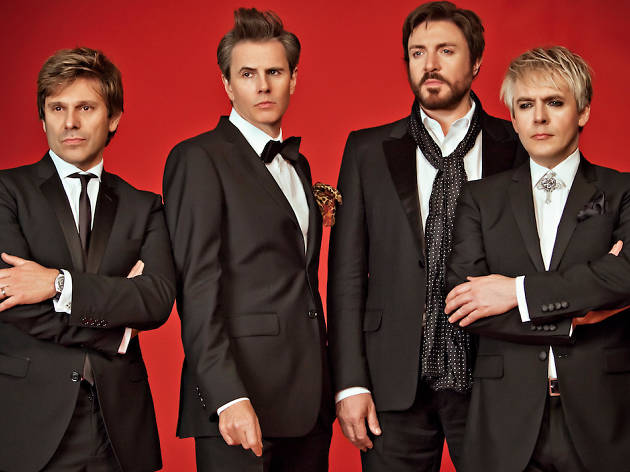 It sounds like a (not very good) joke, but one of the most iconic British synth-pop groups from the ’80s will be playing in Barcelona on the same day as their eternal rivals, Spandau Ballet. With apologies to Tony Hadley and co., the balance of hits comes down on the side of Duran Duran: ‘Girls on Film’, ‘Rio’, ‘A View to a Kill’, ‘Notorious’ – and even ‘Ordinary World’, released in the ’90s. Nostalgia writ large. 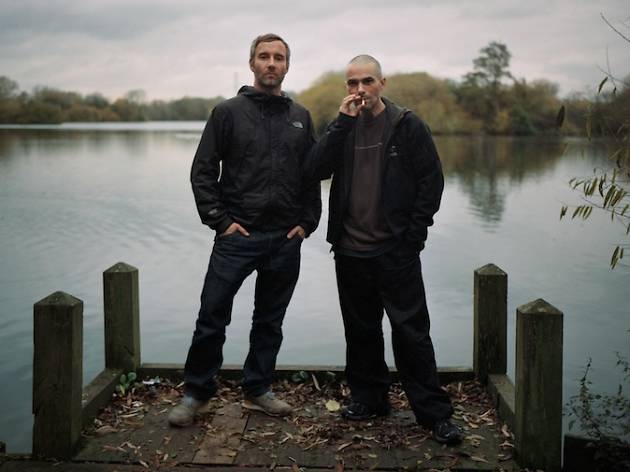 Rob Brown and Sean Booth are a tricky pair to catch live – 2015 sees them perform for the second time at Sónar. They were last here in 1996. Torchbearers of the prestigious Warp electronic music label, their prestige doesn’t begin to fit here – they’re key figures of abstract techno and IDM (intelligent dance music).

The first ‘live’ show (we’re not going to get into a debate about how live are the shows of the EDM 'enfants terribles') from Sonny Moore at Sónar was a real event. The Fira Gran Vía venue practically sank with so much drop, and Skrillex, riding in some kind of toy spaceship and wearing a Barça T-shirt, personified charisma. Take note, this year he’s released 'Skrillex and Diplo Present Jack Ü', a collaborative album with Diplo that features the likes of Justin Bieber, Missy Elliott and Kiesza. 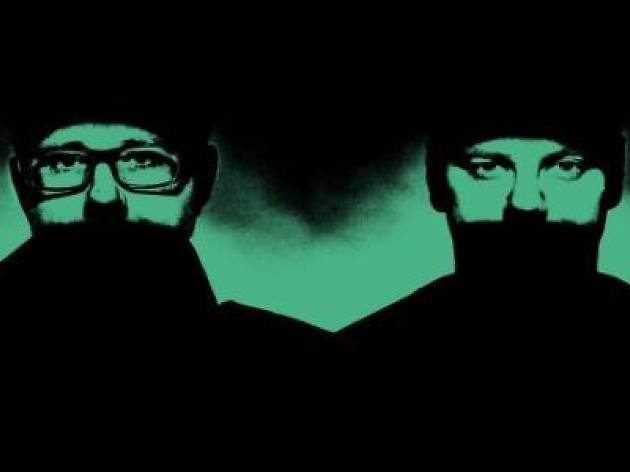 You shouldn’t see them just because of their key role building bridges between clubbing and stadium rock. Their live shows are spectacular, and what they’ll do at Sónar – twice, in the invite-only opening party on Thursday 18 and on Saturday 20 – promises to be hypnotic and hallucinogenic (who needs more chemicals when you have these two?). They’ll be promoting their eighth album, 'Born in the Echoes', due in July and featuring collaborations with St. Vincent and Beck. 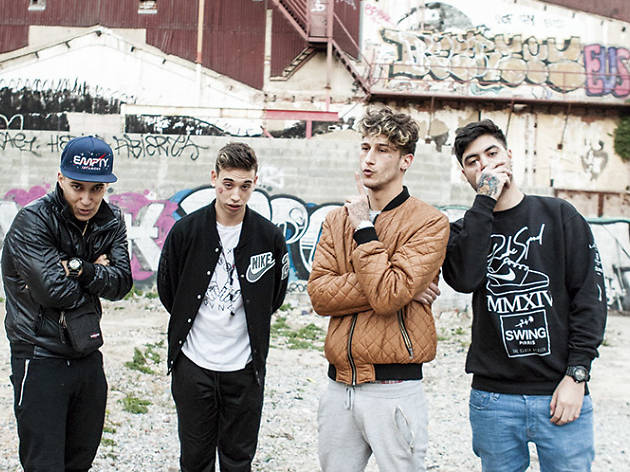 Poor Gang (as you should pronounce it) are an underground hip-hop sensation and trap pioneers in Spain. The Barcelona-based collective is made up of local beatmaster Steve Lean, MCs Yung Beef and Khaled (from the Granada group Kefta Boys) and D. Gómez (from Madrid ensemble Corredores de Bloque). Their live shows, with regular stage invasions by their fans, are exciting experiences. They’re the ones who’ll be responsible for the twerking on the bumper car stage at Sónar.