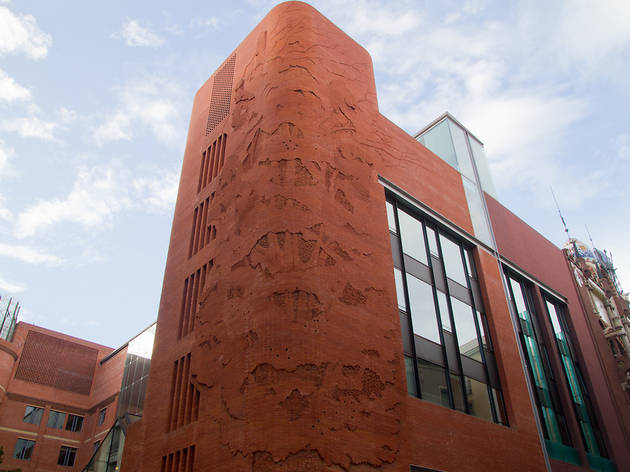 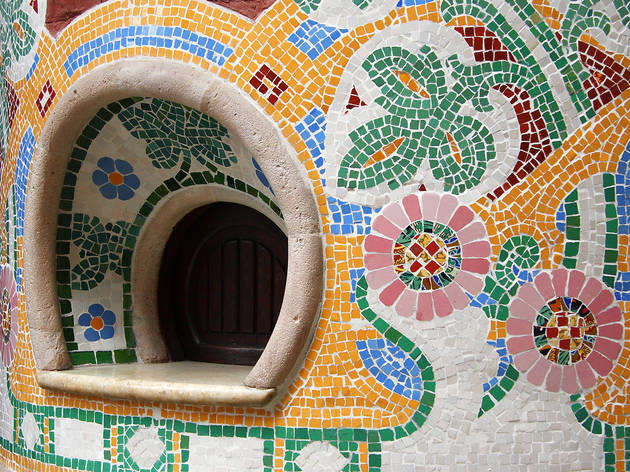 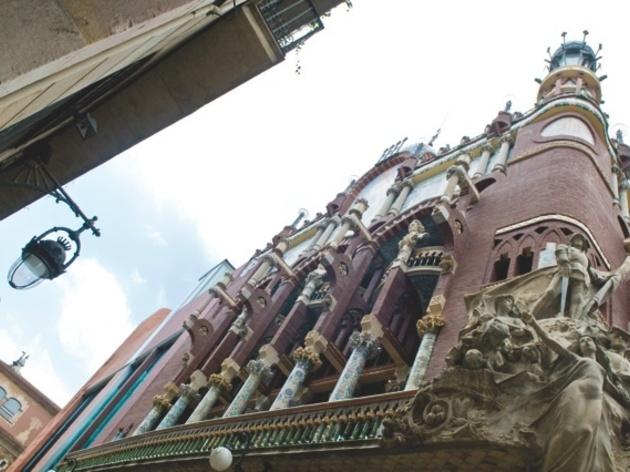 Commissioned by the nationalistic Orfeó Català choral society, this jawdropping concert hall was intended as a paean to the Catalan renaixença and a showcase for the most outstanding Modernista workmanship available. Domènech i Montaner's façade is a frenzy of colour and detail, including a large allegorical mosaic representing the members of the Orfeó Català, and floral tiled columns topped with the busts of Bach, Beethoven and Palestrina on the main façade and Wagner on the side. Inside, a great deal of money has been spent improving the acoustics, but visitors don't really come here to feast their ears: the eyes have it.

Decoration erupts everywhere. The ceiling is an inverted bell of stained glass depicting the sun bursting out of a blue sky; 18 half-mosaic, half-relief Muses appear out of the back of the stage; winged horses fly over the upper balcony. The carved arch over the stage represents folk and classical music: the left side has Catalan composer and conductor Anselm Clavé sitting over young girls singing 'Flors de Maig', a traditional Catalan song, while the right has Wagnerian Valkyries riding over a bust of Beethoven.

By the 1980s, the Palau was bursting under the pressure of the musical activity going on inside it, and a church next door was demolished to make space for Òscar Tusquet's extension, a project which, combined with the extensive renovations to the old building, spanned over 20 years. Rather than try to compete with the existing façade, the new part has subtler, organic motifs in ochre brick – particularly striking are the frilled mushroom gills on the underside of the circular tower.

Guided tours are available in English every hour and start with a short film of the Palau's history. Be sure to ask questions: the guides are very knowledgeable, but unless prompted, they tend to concentrate mainly on the triumphs of the renovation.