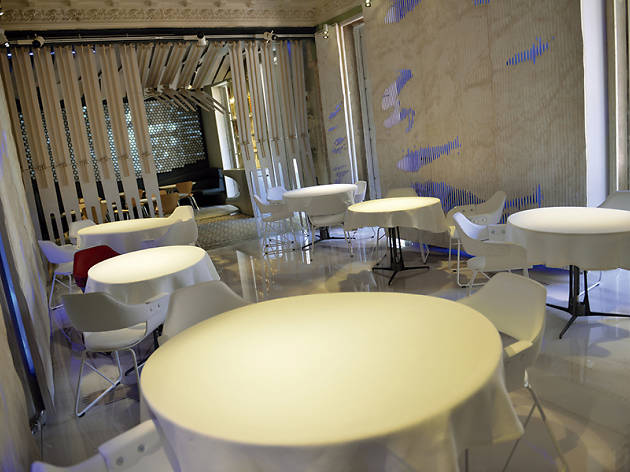 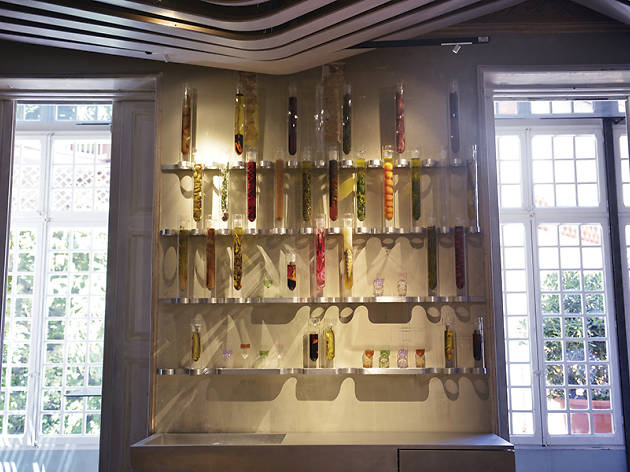 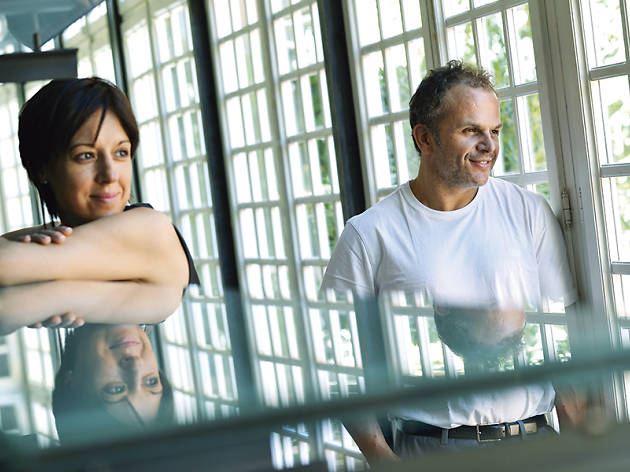 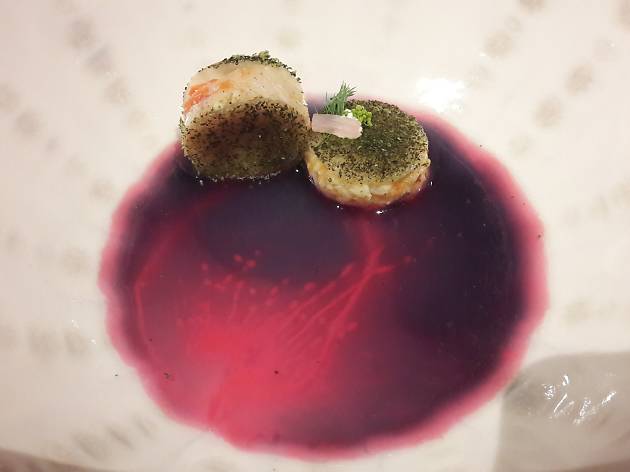 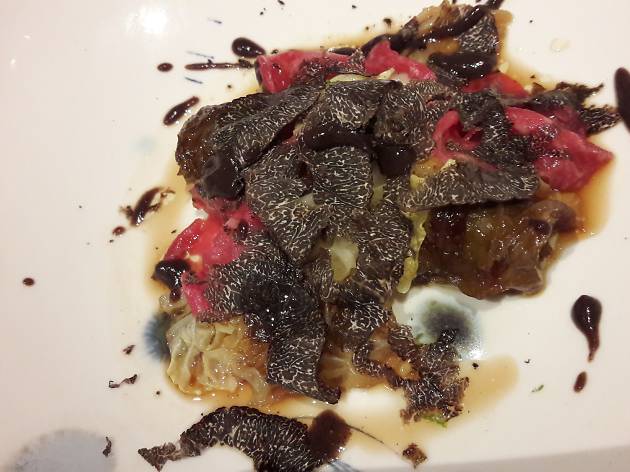 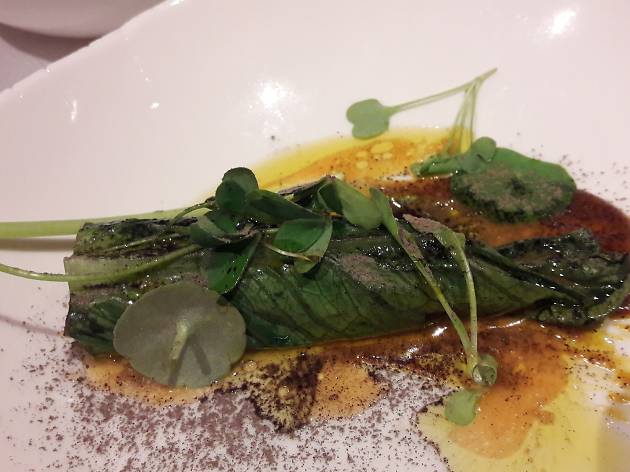 For 13 years Alkimia operated from C/Indústria, 79, and after a year in the works, Jordi Vilà and Sonia Profitós reopened their restaurant in the Fábrica Moritz. On Indústria it was a good spot for getting to know the basic concept of a modern Barcelona restaurant, but for the reopening, from the first floor where the Mortiz family once lived, Vilà made a surprising announcement of the great offerings they'll have in a minimal space. 'Six tables for 18 people. We all know what they say about gastro restaurants not being profitable. If it's not profitable, why make it bigger? We'll make it better,' he said. In fact, their move to the former flat in Sant Antoni wasn't about expanding (though they do have a fantastic open kitchen) but rather about redefining. Alkimia 'part 2' is divided into two parts: a place with six tables where they wanted to create a 'modern gastro restaurant that's not so much an exclusive eatery but a comfortable one, where the dining experience is anything but boring'; and a kitchen that carries on Alkimia's tradition of Catalan cuisine – as Vilà says, 'It's the cuisine that I relate to and that I'm good at, and it's got a solid foundation that we can keep working with it and helping to evolve without falling into certain ambiguities.'

He defines 'ambiguity' with an example: 'Making a salted cod nigiri with romesco sauce blurs the lines of what we want to do. On the other hand, using soy for a sauté in the context of Catalan cuisine in order to bring out the flavour is completely valid.' As for the other seven tables – the original Alkimia had 13 – they're being used for Alkimia Unplugged, a more informal space where guests can enjoy daily specials with more straightforward recipes. 'We call it that because we've "unplugged" the chef from complications in order to offer a place that's missing these days in Barcelona,' Vilà says. He goes on to say that in Spain 'there are various temples to the best raw materials dotted around and people make pilgrimages to one or another of them to sample this top produce. That's something that's been missing in Barcelona, and that's our line of work.'

In order to do that, he travels all across Catalonia with a good friend who's a chef, looking for a variety of suppliers. He mentions that that doesn't mean everything has to be expensive: 'We have an organic veal fillet made of exceptional fresh meat, but we also offer chard, wild mushrooms, tomatoes, fish... all with the same high quality, and made to order.' In that vein they've incorporated a barbecue grill. The 'unplugged' also allows guests to eat at the restaurant more often.

Another spoke in the wheel of the reinvented Alkimi is a private room that seats 60 where they can create tailored meals. 'The key to this space,' says Vilà, 'is that it allows us to make ends meet.'