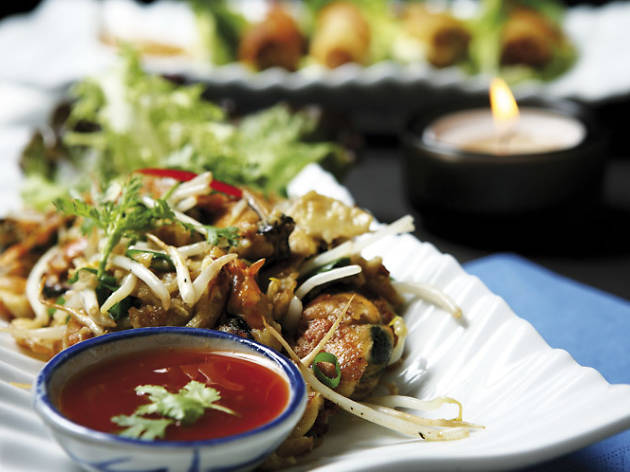 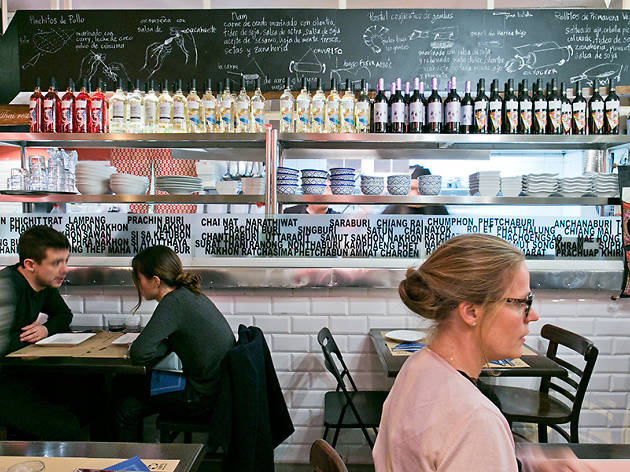 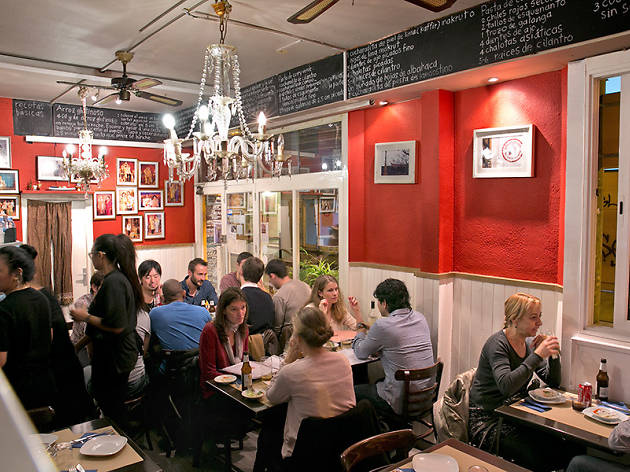 I trudged through adolescence with The Boomtown Rats’ ‘I Don’t Like Mondays’ firmly stuck in my head, but over the years Sunday has turned into my weekly day of doom. So one Sunday night I went out for dinner at a Thai restaurant with just me, myself and I to try to shake that dark Sunday feeling out of my head.

Lucky for me Bangkok Café turned out to be a pleasant surprise, not just because of the food, which I'd already heard was good, but also thanks to its décor, making it look and feel like a restaurant out of New York instead of in the Les Corts neighbourhood of Barcelona. The entrance is in the small street Passatge de Tubella, a marvel of early 20th-century Barcelona that has managed to survive through changes and chain restaurants.

Bangkok Café is a small space on whose walls the different types of curries are written – yellow, green and red curry, panang, massamang – showing off a cuisine that is sandwiched between the Japanese and Chinese culinary empires that reign supreme in Barcelona.

To drink, I ordered a Singha beer, a good blonde ale, though the menu turned out to be an issue, because if everything looks good, something's bound to go wrong. There are a lot of spicy dishes (which is fantastic or terrifying, depending on your taste), and whether you want soup or not, you get two cups!

After some steamed Asian dumplings, prawn and beef respectively, I ordered a delicious spicy duck with vegetables. The waitress warned me that it would be very spicy, but I figured it was Sunday, and I needed a bit of a fire lit inside me. It was, in fact, so spicy that making the dish forced the cook to open all the windows in the room. For dessert I had chocolate Thai truffles. Also spicy. I went back home so hot that I had to have a cold shower. Definitely get to this top Thai restaurant, but just be sure you're ready if you order spicy.