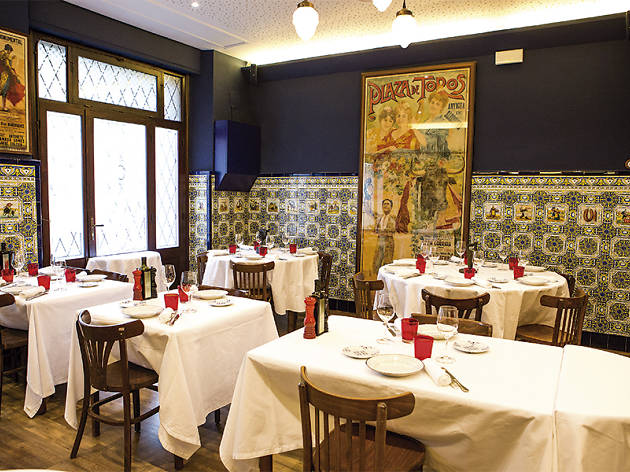 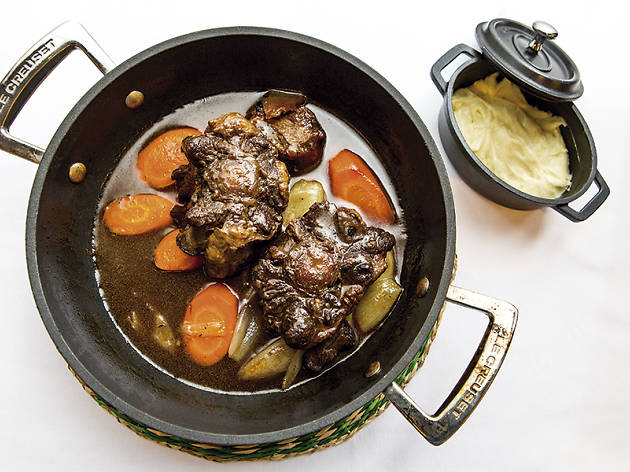 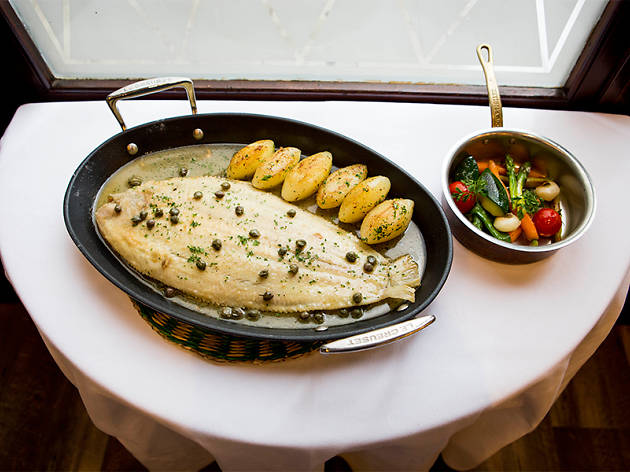 One of the most landmark restaurants in all of Catalonia reopened in spring 2017. Co-owners Óscar Manresa and Romain Fornell announced they would respect the essence of the legendary Casa Leopoldo, but they've gone even further than that in staying true to the restaurant's identity. 'It's exactly the same menu that was there when it closed,' says Manresa. It's not been reinvented (if I hear 'reinvented tradition' one more time...!) but, as Manresa says, they made it theirs. 'There are a thousand oxtail recipes,' he says, 'but we wanted to make the best, just as we wanted to make the best prawn omelette possible.' They restored old work instead of demolishing a load-bearing wall, hanging on to the bull-fighting memorabilia and other artwork, giving them all new frames. Everything is sparkling clean, and the kitchen is all new, but you still get the feeling that you're in a place full of history.

And everything's as it should be: squid and prawn meatballs, pigs' trotters with 'espardenyes' (sea cucumbers), 'arroz del señorito' (think of it as a shell-free seafood paella), some oustanding fried calamari... The last time I ate at Casa Leopoldo had to be with my parents after seeing 'The Return of the Jedi' when it first came out, and the juice in the stew and the tenderness of the meatballs now don't take anything away from my childhood memories. The 'capipota' (literally 'head and foot', this stew is made of those parts from pork or veal) with chickpeas is juicy, gelatinous and spicy, awakening all the senses. The surroundings are lovely – this is a museum where you can eat – and punters don't stop coming in, looking for something new or a remnant of their past.

This is excellent high-end vintage stuff from two great chefs who don't have time for clichés. 'This place has been open for a century, and we make cuisine from and for Barcelona,' says Manresa.