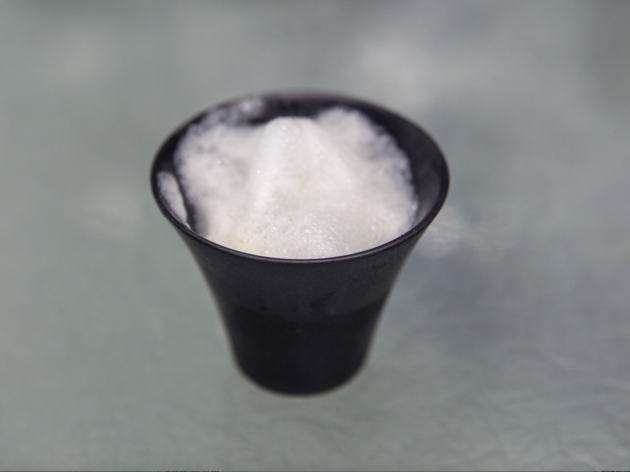 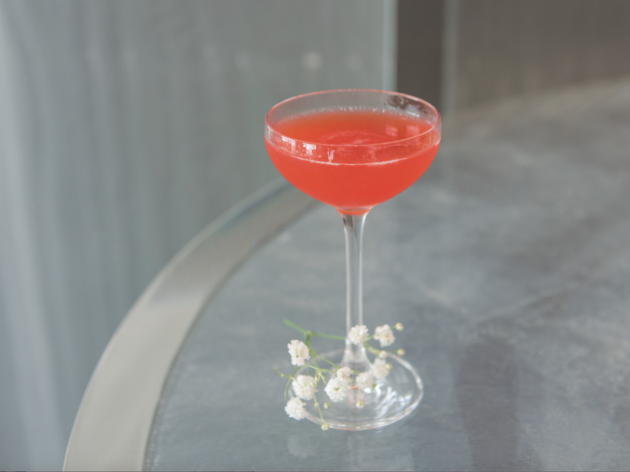 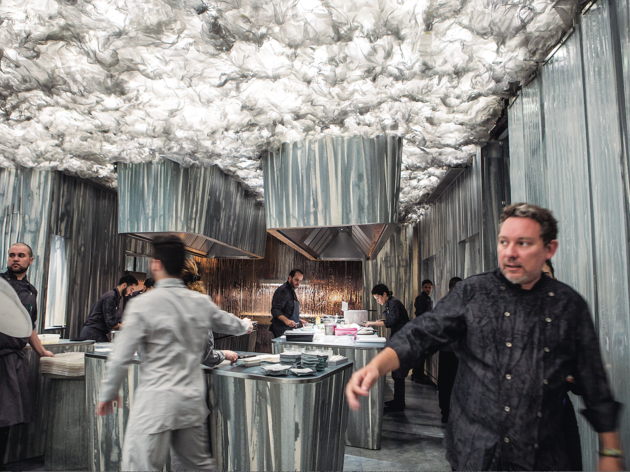 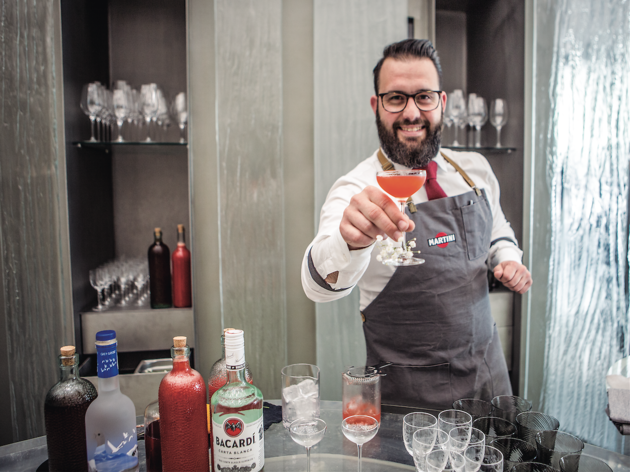 Albert Adrià has done it again with a space that's so ambitious it breaks all the moulds. He didn't want to create another El Bulli, but rather to imagine (and make that a reality) how El Bulli would be today. Like its predecessor in the nearby town of Roses, Enigma blows what we think of a conventional restaurant out of the water. It's located in a majestic space with seven zones that combines Japanese minimalism that the Adrià brothers seem to love with vintage science fiction along the lines of the first Superman film: ceramic metal, glass and lots of white.

You won't know what you're going to eat or even what you're going to see before you go – they don't even show the front door on the website. Once your reservation is confirmed (including a deposit of €100 of your €220 meal), you'll receive a code to get into the restaurant. They stress that you've must not arrive late, so everyone dining at that time has the same experience.

In a neutral space, you're prepared for a meal that consists of more than 40 dishes to taste, and which isn't static with the seven different zones; among them are La Cava, La Barra (The Bar), La Plancha (The Grill), El Dinner and the 41º cocktail bar, which Albert Adrià has included as a happy ending to the party, with barman Marc Álvarez serving up marvellous concoctions. The €220 meal includes the food, bottled water, small cocktails that are paired with some dishes, and coffee. This isn't Tickets: this is a leap into the void of high standing that this restaurant fills, where you surrender yourself unconditionally to the skills of Albert Adrià.

But wait, there's more: the creative workshop Barcardi Innovation Lab, along with the 41º bar, is the liquid equivalent of the powerful cuisine and business ideas generator that was the El Bulli workshop in the Barri Gòtic. But, Adrià explains, 'with the Bacardi Innovation Lab we work in real time in the restaurant, watching people's reactions'. Bring to mind the greatness of his brother Ferran. Creativity isn't the same as copying.

And so they create from a starting point of innovation – with out-of-this-world bartender Marc Álvarez as an advisor – that takes into account the transient nature and seasonality of the cocktail, a factor that hasn't yet been well-considered in the world of cocktails, something that's curious, Adrià says, if you take into account how many drinks are made with fruit. Other issues to work with are sugar and alcohol reductions 'to integrate the cocktail world into the gastronomic experience'. How about a 'nitro-pineapple' with antichuchera (spicy Peruvian pepper sauce) dust? Or a cloud of tequila?

In fact, to finish up, desserts are paired with cocktails from 41º. Whatever it will be, the cocktail revolution that Enigma offers, as they did with their food, will be huge: they'll look into how to replace glassware with organic materials, how the temperature of ice affects the  balance of alcohol as well as when it melts, and how the taste of alcohol is affected if your ice cubes are round or square.