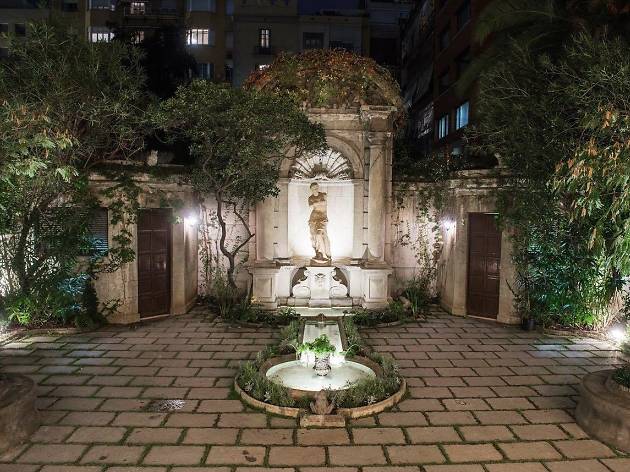 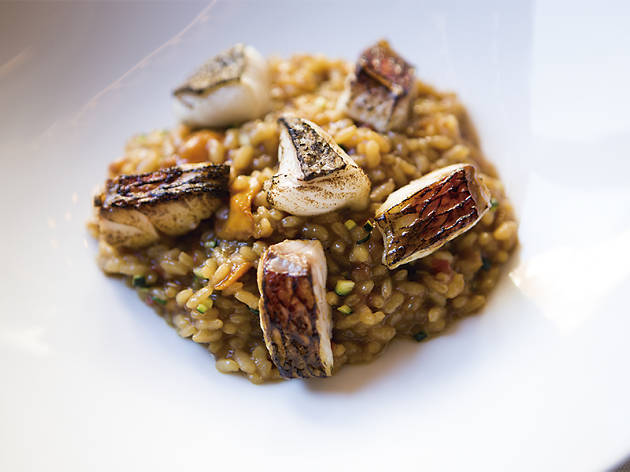 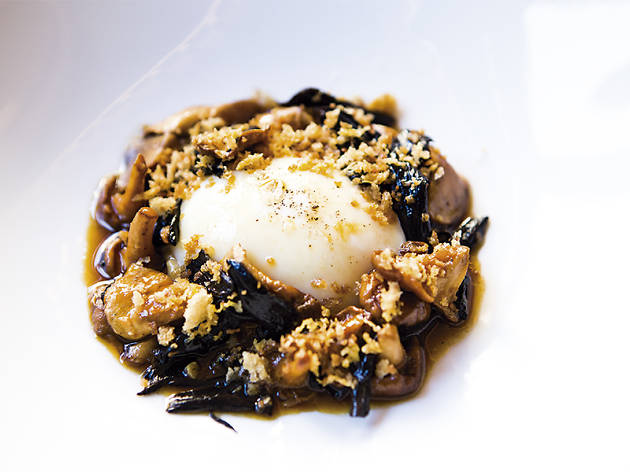 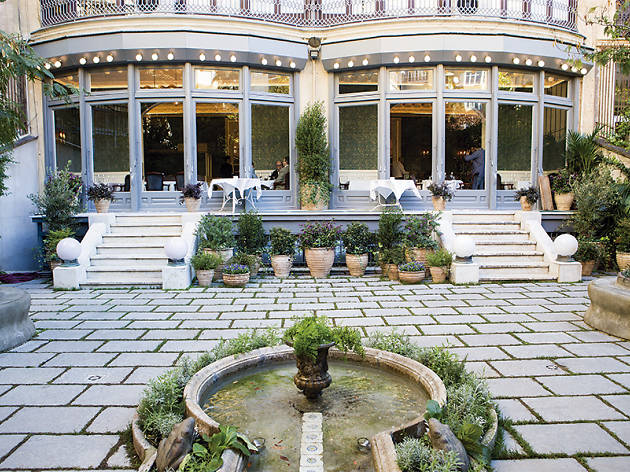 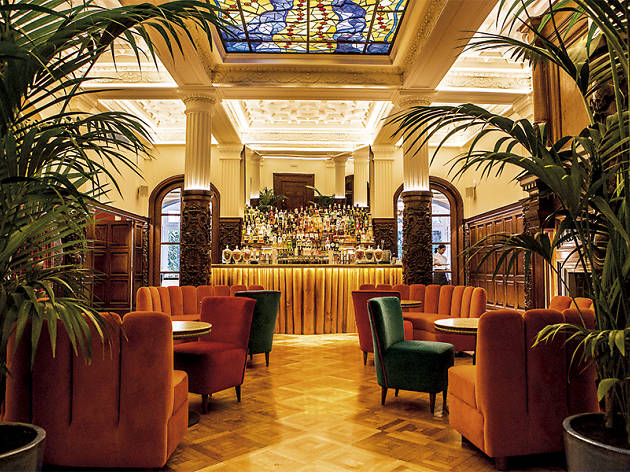 Renovating a restaurant can seem like a fool's undertaking, but it also can pay off big. Because once it's finished, if it works out, you can start cooking in a kitchen that may very well outlive you. That's how Enric Rebordosa looks at it anyway. Recognising the weight of history might be one of the forces that moves the Grup Confitería (La Confitería, Maravillas, Alegría, Paradiso, Dr. Stravinsky). And they've done it again: after the titanic renovations of Muy Buenas, the group have reopened the old Beltxenea (a Basque restaurant that once stood on the same spot and closed in 2012) and renamed it Rilke. Decadent romanticism sticks to the place like syphilis to Baudelaire: it's a stately building that dates back to the early 20th century, boasting an imperial dining room with views of the interior courtyard that's presided over by a Venus de Milo, a fountain with lions, and exquisitely dense vegetation. 'We either make ourselves the centre of the cosmos or we go back to peeling potatoes,' Rebordosa says, laughing. And this time they didn't go out on their own: Rilke is a joint venture with the Grupo Kafka, owners of Bananas, The Corner, and Café Kafka, which are also spaces with captivating aesthetic charm.

In addition to good looks, the place has got a triumphant ethic: 'Haute cuisine in half servings, to bring back the spirit of grand hotels such as the Nomad in New York, or the Drolma,' says Rebordosa. And it's no joke, with Rafa Peña (Gresca) and Jaime Tejedor (Libentia, Saüc) commanding the kitchen; these are chefs who are in the bloom of their 40s, still young in their profession. 'Jaime said that here the place defines the cooking, and it's true,' says Rebordosa. The menu is the sublimation of the neoclassical style of the restaurant group as well as of Peña: short sections for cold and warm starters, fish and meat dishes. Potent, haute cuisine, with a French spirit and Catalan heart, served in these smaller sizes 'so you can try three or four dishes without spending too much more than €50 – it might look like a place where it costs €100 per person, but it's not'.

And they're serious about the food, from this great bourgeois, but not rigid, space comes a juicy veal terrine with artichokes, for example – a type of dish that's a trademark of Peña's style. It's also a pleasure to eat the freshest produce possible, such as a fillet of fish with crispy vegetables that's pure poetry. As we said, the strong suit here is potent dishes in smaller servings, and in winter you can't beat the pheasant cannelloni with roasted bechamel.

Where the family chapel once stood you'll now find a cocktail bar, which is like the kind that works around the world, that of a quiet hotel bar. Everything has been changed to look the same again: the impressive wooden scroll at the door is made of silicone, because that best mimics the only one that was still standing. This is high-class luxury at middle-class prices. That is, when the middle class still existed, of course.