The guru from Peru

Gastón Acurio, who owns Barcelona restaurant Tanta, has revolutionised the status of Peruvian food, putting it at the forefront of world cuisine 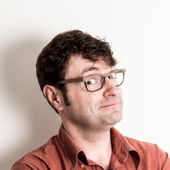 If you say the word 'Peru', chances are people will think of either Machu-Picchu or Gastón Acurio. The biggest superstar chef in the world – with apologies to Ferran Adrià – recently published 'Perú' (Phaidon), a cookbook that classifies and explains the exuberance of Andean gastronomy. The book will remind most Barcelona residents of the 2012 opening of Tanta, the city’s first big-name Peruvian restaurant. Acurio – chef, communicator, activist, businessman, philanthropist – could be president of his home country if he wanted, but tells us that what gives him the strength to go on travelling the world: ‘Knowing that I’ll come home to my dog, my own bed and weekend barbecues with my wife and friends.’

You’ve published numerous cookbooks, but this one has the most all- encompassing vision of Peruvian cuisine, doesn’t it?
Yes. The book is a response to where Peruvian cuisine is at this moment in time. Ten years ago it wasn’t as well known as it is now. Back then, our message was aimed at Peruvians, at passing on the recipes and the history, getting them to feel they were part of a food culture that we needed to start promoting internationally. Nowadays, it’s a cuisine that’s known to everyone who likes food, anywhere in the world. And it was important to create a compilation of recipes drawing on all the different Peruvian cooking traditions, but to present them in such a way that anyone who wants to eat Peruvian food, anywhere in the world, can do it without perishing in the attempt. We wanted to create recipes that you can make in Barcelona, New York and London, with ingredients that are getting easier and easier to lay your hands on, or with substitutes, in the case of chilli peppers, that can capture some of that Peruvian flavour.

Were you tempted to simplify the dishes?
More than simplify them, I thought about people cooking at home. Rather than a chance to show off, it’s a chance for amateur cooks to capture the original flavours without having to slavishly follow the professionals, because we tend to make our lives more complicated as we aspire to magical standards of execution. Peruvian home cooking uses techniques that are much more direct, but no less important. It’s a question of bringing a recipe from my restaurant home. And bringing it back to a home that could be anywhere. The great advantage of Peruvian cuisine is that it’s universal, multicultural. In every Peruvian dish there’s a little Japanese, a little Chinese, a little Spanish, Arab, French, Italian, Andean and Amazonian. It’s probable that people used to their own traditional cooking will find dishes from Peru that they can reproduce perfectly, due to this connection the country has with almost all world cuisines.

The book is a snapshot of Peruvian cuisine. Where is this headed next?
We’ve managed to get the world’s attention, and there are currently three or four clearly defined aspects to that. It’s a culinary tradition that’s rooted in a philosophy of well-being: rooted in the earth, in biodiversity, in the Andes and the Amazon, in the abundance of nature. And its ingredients have been used in a historical context that goes back thousands of years, where people were seeking not only pleasure but also balance and health. Quinoa, purple maize – they’re tasty and they’re good for you. On the other hand, there’s a generation of young chefs who are making a name for themselves around the world by using these unique ingredients creatively. They’re youngsters who were once part of the Spanish avant-garde, and now they’ve found their own path. There’s a specifically Peruvian kind of creativity that stands out too.

What’s the third element?
Multiculturalism – in other words, the different kinds of Peruvian experience you can have in a 'cevichería', in a family restaurant, in places that serve grilled food and Peruvian-style sandwiches... All kinds of Peruvian restaurants are opening up all over the world, and they’re not all the same – there are markets and food trucks too. They’re democratic places, for ordinary people, which is very interesting because it shows that Peruvian cuisine doesn’t just belong in expensive restaurants, but can also find expression in business models open to everyone.

It’s also a powerful promotional tool for tourism.
It makes all the historical and geographical attractions of our country even more enticing because of the chance of a unique culinary experience. Peruvian cuisine has a long way to go, and the likely outcome is that many of its dishes will become universal – as has happened with ceviche. Three or four of these dishes are going to be weekend fare in homes all over the world. Just as in Peru we wouldn’t feel embarrassed about trying our hands at a paella, the idea is that in the future a family in Barcelona could enjoy a summer lunch with a ceviche as its centrepiece.

There are already traditional Catalan haute cuisine restaurants with ceviche on the menu.
These are the normal and natural consequences of a process that I find wonderful. It might suggest an erosion of identity, but it’s just the opposite. The authenticity of regional cuisines from around the world has never been more important than it is today. The fact that you can go online and discover the food of Northern Peru or Okinawa, Catalan or Galician cooking, allows us to find out about these regional cuisines and want to try the real thing. In contrast to the confusion of ten years ago, when all this wasn’t so clear; that was when the notorious word fusion appeared. Which, in some cases, was used as a cover for some truly indecent propositions.

The traditional, veteran Peruvian chef is humble. Your disciples tend to be young people.
Maturity brings wisdom, but on the other hand you have the audaciousness of youth. A traditional restaurant may have been around for years and, after long struggles, it earns some recognition. The owners started a business in a country that welcomed them, they left their homes because they had no choice. And they’ve worked hard to make a life for their families. The young chefs setting up their businesses didn’t experience the effort previous generations made to get our food where it is today. They want it all. In some cases, that’s great; in others, it could be dangerous – because in cooking, you need to keep your feet on the ground and always cultivate humility.