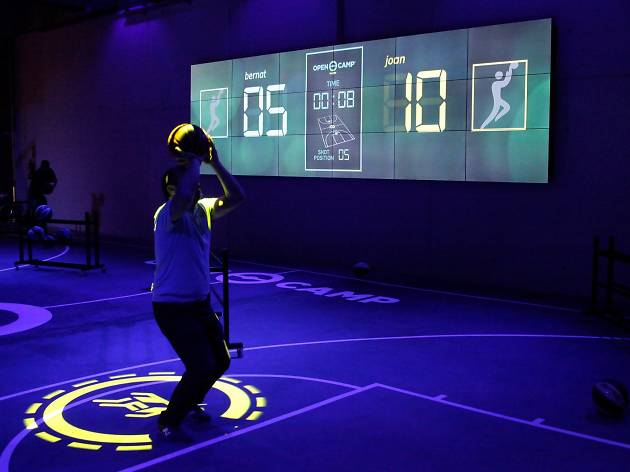 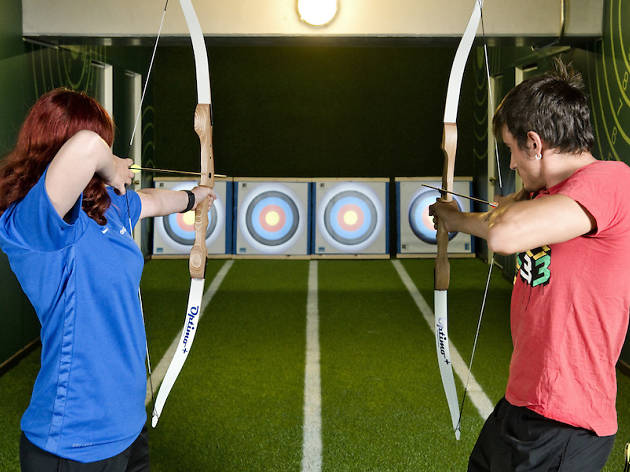 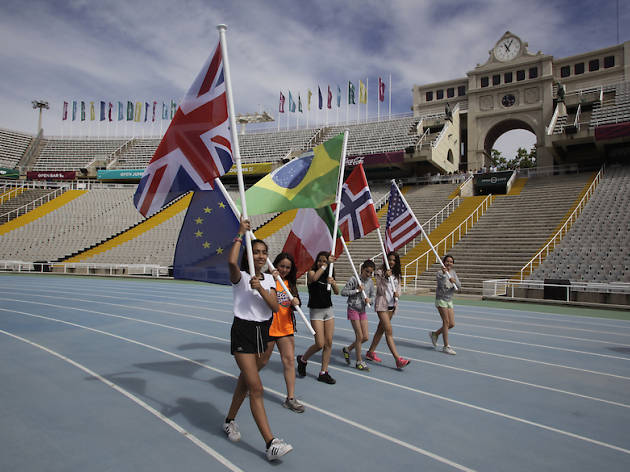 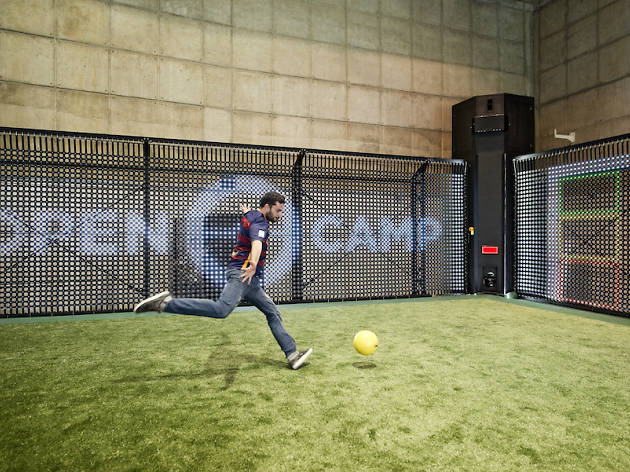 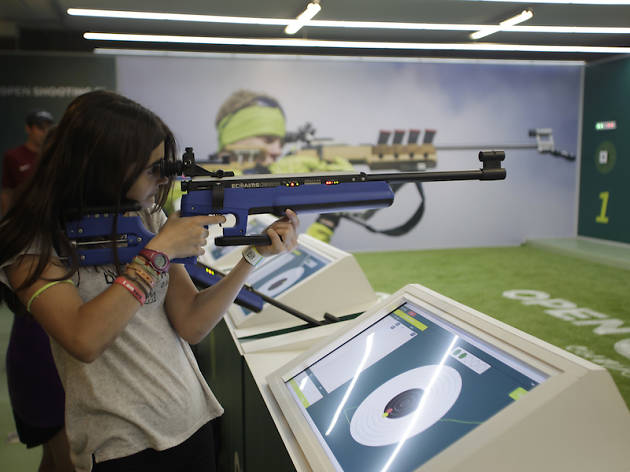 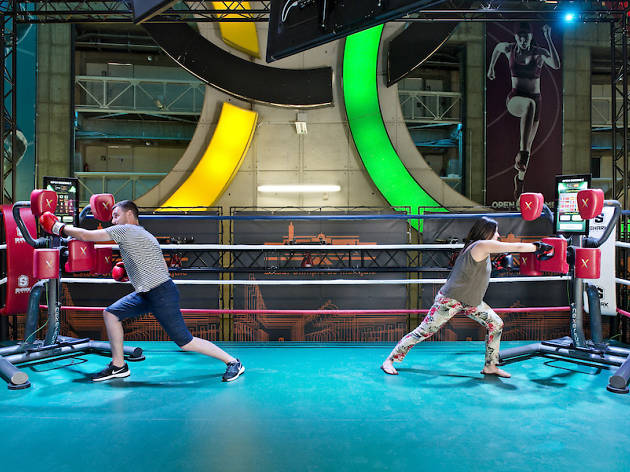 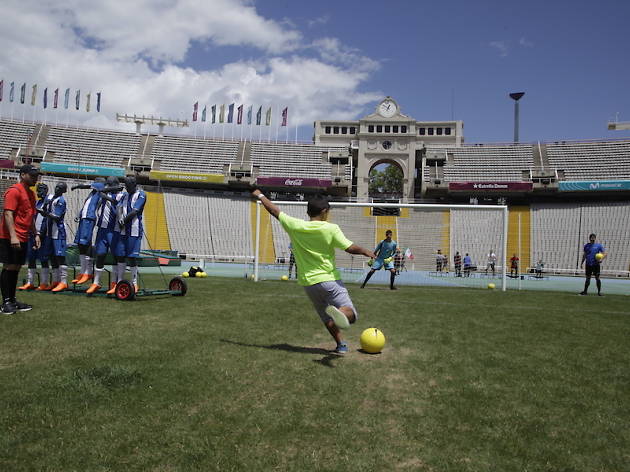 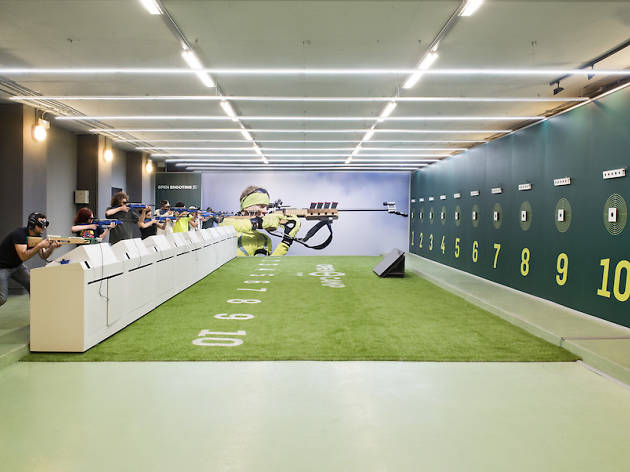 Open Camp is Europe's first theme park dedicated to sport. You'll find it in Barcelona's Olympic Ring on Montjuïc (the Olympic Stadium, the Telefónica Tower, the Olympic Museum, and the hockey and baseball fields), giving many of the sport complexes a second use, including the hockey and baseball fields, which were built for the 1992 Olympic Games and have since been closed to the general public. The space is like a giant clock, and the idea is that you have one minute for each sporting experience – one minute of glory – and between each event is music for champions to keep you going.

You can start off with Open Walk, which lets you imagine you're opening the Olympics for your country, carrying a flag and walking around the Olympic Stadium. Some events are self-explanatory, such as Open Sprint, Open Jump, Open Hurdles and Open Chair. OK, maybe that last one needs a bit of explaining. Representing the Paralympics is this event where you sit in a wheelchair and race around the track.

When you need a break you can sit at the Open Cinema and watch a short film on sport, and when you leave that area, there's a boxing ring where you and three friends can see who packs the strongest punch.

Try your aim and skill at Open Shooting and Open Archery. And then there's Open 360 and Open Keepering, which test your quick feet, reflexes and goal-keeping skills. A short walk takes you to the Olympic Museum where you can get a bit of culture and prepare yourself for the technology-integrated basketball court, where you'll test your three-pointer ability.

Other activities and experiences, some virtual and some real, include MotoGP simulators, a measurement of who shouts loudest for goals, and videos and photos of your participation as souvenirs. Open Camp is open 230 days a year, and they've signed up for five-year lease, so take advantage of these spaces made for Olympians that have long been only for show.