Historically, Catalans have always been considered hard-working people and in many different sectors. Centuries ago agriculture prevailed, especially livestock farming. Then industrialisation began, and many rivers became dotted with factories and chimneys. There's also a long history of commercial tradition as well, and lest we forget how, since antiquity, large and small towns have filled squares with markets and fairs. And after a long day at work... festivals! Some local festivities are centuries old. Whether related to work or play, the following list brings together a few excellent visitor experiences that will bring you closer to local traditions and culture. 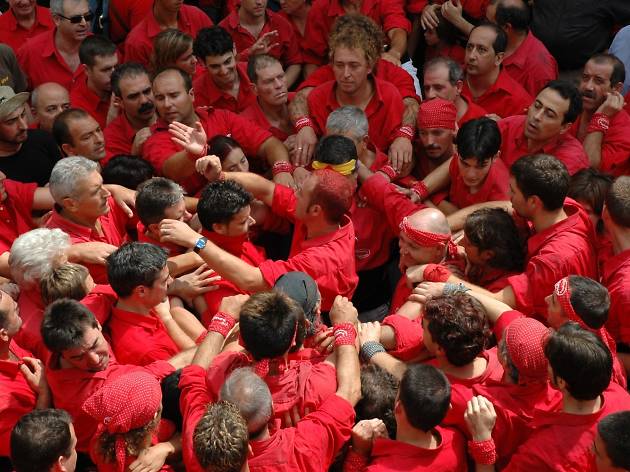 The world of human towers (or 'castells') is becoming increasingly well-known outside Catalonia. These spectacular constructions and the emotion they arouse make it difficult not to take pleasure from them (and sometimes suffer) when watching live. But even more exciting perhaps, would be to watch how a castle is built from the inside, as part of the base, or 'pinya'. The doors to the training centre of any 'colla' (team) of 'castellers' (those who build the castells with their own bodies) are always open, especially since no one is superfluous when it comes to lifting castles. There are some teams, who, if you reserve in advance, will even give you a talk on this tradition which began in the 19th century, show you around where they train, teach you how to put on a sash, and even combine a rehearsal with a breakfast or dinner in a local traditional restaurant in the area. Do you feel brave enough to put yourself in the shoes of a casteller? 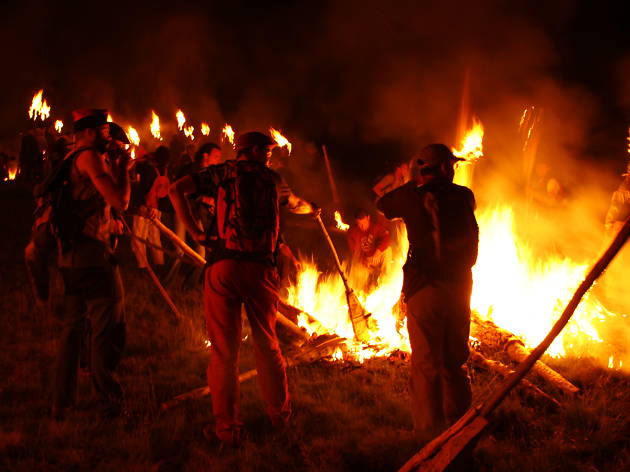 Some 70 Pyrenean villages – from Catalonia and also Andorra, Aragon and France – celebrate the tradition of the 'falles', which is linked to agrarian and solar cycles, and which, in 2015 was declared a UNESCO Intangible Cultural Heritage. The fire carriers – who symbolise the sun – descend from the mountain to the village to represent the purification of the fields and forests and protect villagers from evil spirits. The image of fire, making its way through the darkness, is just spectacular. In Vall de Boí, you'll find a celebration related to the falles practically every week during the months of June and July, and you'll can take the opportunity to discover the Romanesque churches in the area, also World Heritage sites.
Advertising 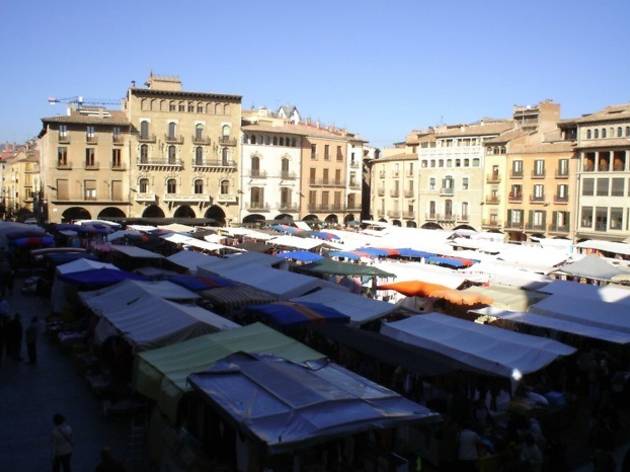 Visit one of the oldest markets in Catalonia – published references date it back to the year 911. In fact, the square where it's held, called Mercadel or Plaça Major, hadn't even been built yet, but it's now a place of exquisite beauty thanks to the buildings that surround this large esplanade. The Vic Market is open every Tuesday and Saturday, and you can buy fruit and veg, craft products, clothes, accessories and much more. The place still exudes a medieval air among its stalls. As well as visiting the market, don't miss out on a walk around this town that's rich in heritage, in the heart of Catalonia. 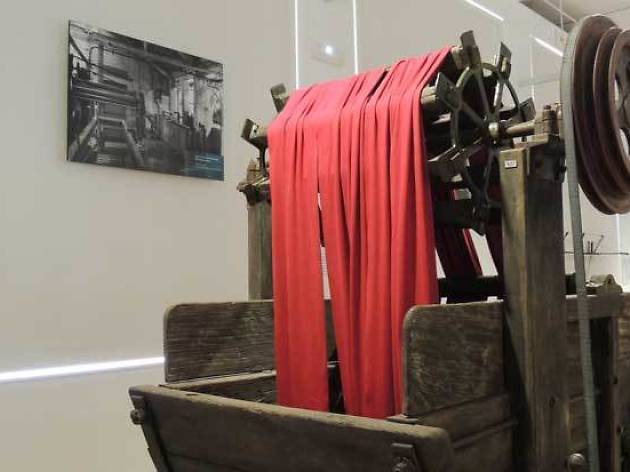 In the second half of the 19th century and a large part of the 20th, factories that specialised in knitted fabrics – a type of elastic fabric that adapts to body shape and was especially used for underwear – dotted the coastal region of Maresme. The Gènere de Punt – Can Marfà Museum, which opened in 2015 and is housed in one of the largest factories in Spain, reminds visitors of the importance of the sector for Mataró, the capital of the region as well as the surrounding area. You'll learn about methods, old and new, on how a piece of clothing of this kind is made. 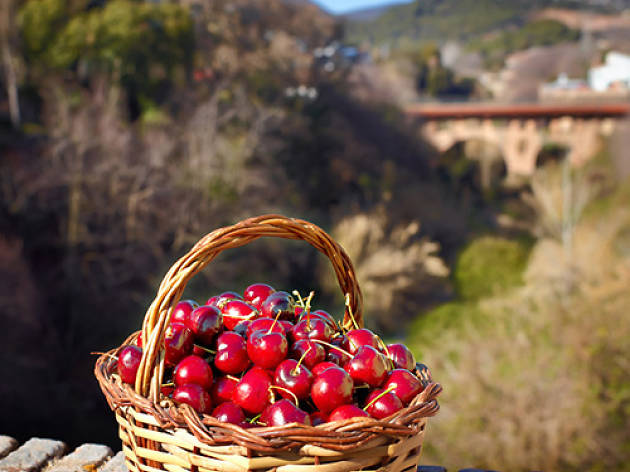 Caldes de Montbui in the Vallès Oriental region is well-known for its thermal waters. But there are also a number of important fairs and markets in the area which have very little or nothing to do with hydrotherapy. On the third Sunday of each month, antiques collectors meet in the Plaça Font del Lleó for the Antiques Fair where you can by watches, chandeliers, coins, furniture and more. There are a few other gourmet fairs like the Mercat de l'Olla i la Caldera and the Roman Cooking Festivals in March, and the Cherry Festival in June. The Christmas Fair is also worth visiting and includes a local crafts market. 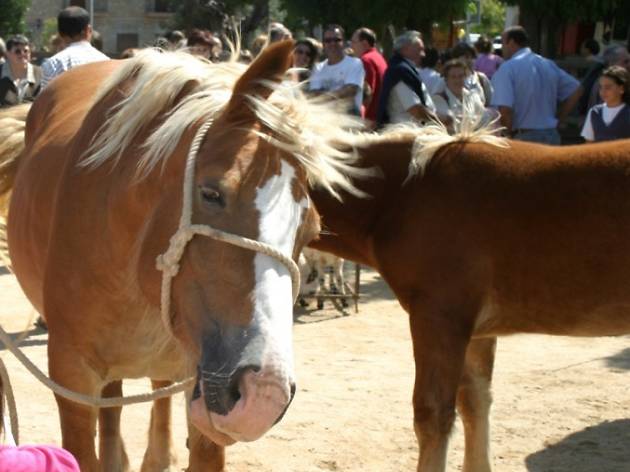 On the second Sunday of each month, people from neighbouring towns (in the Moià region) who rear livestock take them to the Plaça dels Estudis for the Fira Ramadera (Livestock Fair). There you'll find sheep, horses, rabbits, hens, chickens and more. During the day numerous traditional activities take place, such as sheep shearing, cow milking and courses on how to make sausages. It's a day trip to remember the importance of this sector of the local area and surrounding region, but also to understand how important raising livestock still is for so many. 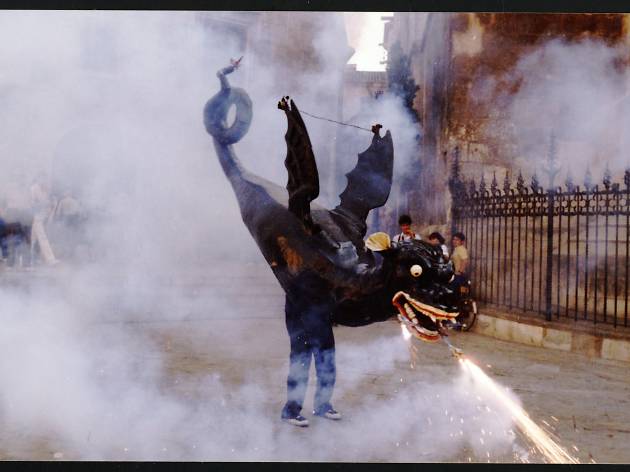 Every town in Catalonia, no matter how big or small, has its annual Festa Major (or town festival) – some even have two: one in summer and one in winter. Vilafranca del Penedès holds a very popular one every year with a host of activities including castells as one of its main, final attractions, among many others. To learn more about some of the traditional elements that make up a large part of these festivities – the dress, the musical instruments, the history – and what the Festa Major is really all about, visit the Casa de la Festa Major at Plaça Vall del Castell, 13, in Vilafranca del Penedès. 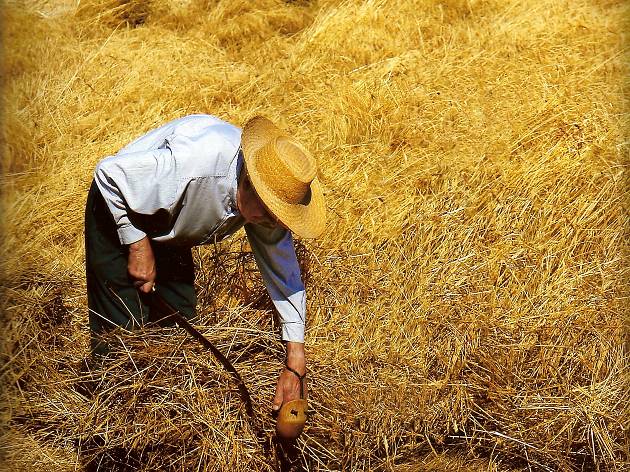 On the second Sunday of July, you've simply got to go to Avià in the Berguedà region and visit the Festa del Segar i el Batre (Festival of Reaping and Shaking), a tribute to the figure of the farmer. During the day there'll be plenty of practical demonstrations on working the land in traditional ways. Don't miss out on a typical farmer's breakfast ('esmorzar de pagès') and other activities to complete your experience, such as a crafts market or folk music and dances.
Advertising 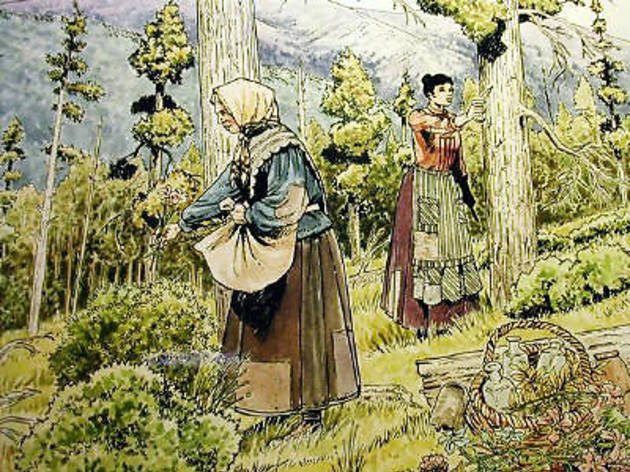 Don't forget to pop into the Museu de les 'Trementinaires' at the foot of the Cadí mountain range. There you'll discover the hows and whys of a trade that disappeared not too long ago. The 'trementaires' were a group of women who spent months and months away from their homes and in the forests, collecting herbs and plants with medicinal properties, who then created miracle mixes to sell to locals. The most well-known substance was called 'trementina', hence the name given to these resilient women. The museum is located in the village of Tuixent, in the Alt Urgell region. 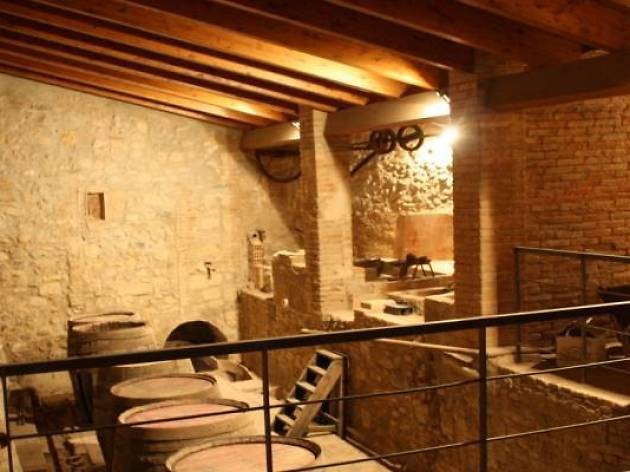 In Espluga de Francolí (Conca de Barberà region) you'll find the Fassina Balanyà Museum, a centre dedicated to explaining the process of making 'aiguardient' (a generic term for alcoholic beverages that contain a very high volume of alcohol). During the visit you'll be able to experience live distillation and also a tasting. Catalonia, which is well-known for its wines and cavas, was also an important alcoholic drinks producer, especially in the province of Tarragona, and this product in particular was exported considerably during the 18th and 19th centuries. This museum, located in an old distillery from the 1830s, will bring you closer to the history of the drink.