Practical guide to de-escalation in Spain: phases, dates and openings

Find out how the government plans Spain’s return to the new normal, including specific dates and restrictions

We’re beginning to see the light at the end of the tunnel. After weeks of confinement due to a global pandemic that’s cost the lives of hundreds of thousands of people around the world, the numbers are starting to come down, both in deaths as well as the amount of new cases per day. In other words, we’re flattening the infamous curve.

But we’d be wise not to celebrate too early because we’ve still got a lot of work ahead of us. We now find ourselves in the midst of what the government has called the road to the ‘new normal’; new because for now – and possibly until there’s a vaccine – our social, work and family lives will continue, but with some noticeably big differences.

For this de-escalation period and relaxation of the isolation measures, four phases have been established, which are to be applied gradually and asymmetrically in the different provinces across Spain. Each phase will last a minimum of two weeks, and once that time has passed, if all conditions are met favourably, the area will pass to the next phase. It’s estimated that all the phases could be complete by the end of June, although any dates given are approximations. We will update these measures as we get information from officials and as it is published in the Official State Bulletin (BOE). 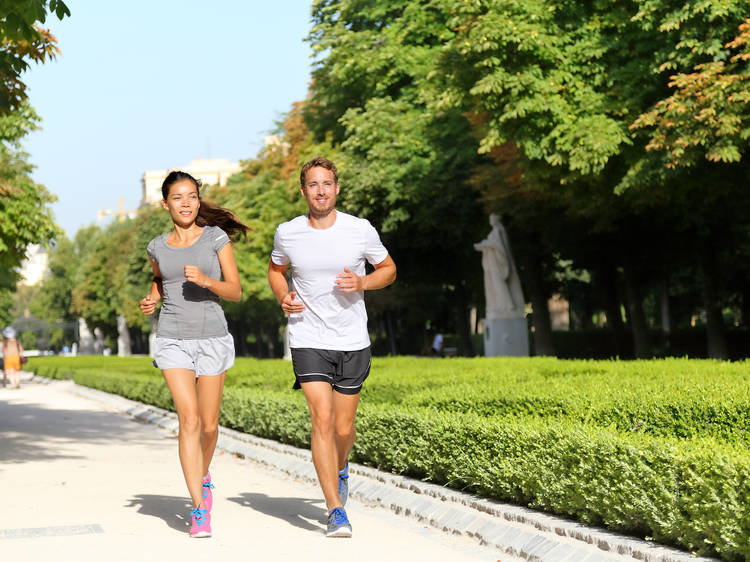 This is the phase we’re in now (as of May 4), and it will continue, in theory, until May 10. The main measure here is flexibility when it comes to going out of the house, with some restrictions:

- Timetables. Different timetables have been established for when to go outside. From 6am to 10am and from 8pm to 11pm, people from 14 to 70 years old can go out for individual exercise (while staying within their city’s limits), or for a walk within 1km of their home with a maximum of one person they live with. Those over 70 years old as well as anyone who requires a caregiver, and their caregivers, can get outside from 10am to noon and from 7pm to 8pm. Between noon and 7pm is when kids up to 13 years old have their turn, in the same conditions as previously: accompanied by one adult they live with for every three children, for one hour at a time, staying within 1km of their home, and only once a day.

- Transport. The use of masks is obligatory on public transport, and the number of passengers is controlled in order to avoid large groups and to be able to maintain the proper safe distance between passengers. Sharing a private vehicle with up to nine seats is also allowed as long as all occupants wear masks and sit as far away from each other as possible.

- Commerce. Small businesses can open for clients who book in advance and can be attended to individually, with preference given to those 65 and older. These include, for example, hairdressers, restaurants that serve takeaways, etc.

- Sport. Individual training is permitted for professional and federated athletes. 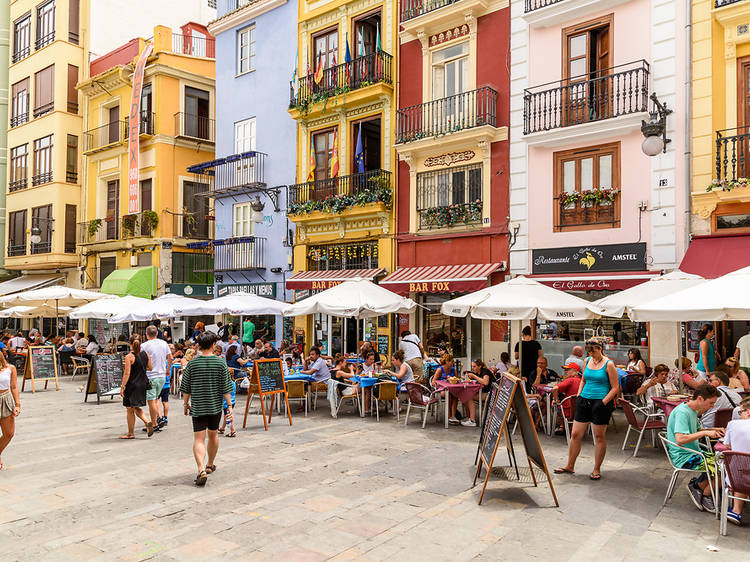 If all conditions are met (the epidemiological situation, protective measures, etc.), the date is set for Monday, May 11 to move to this initial phase, where the measures are as follows:

- Social. Getting together with up to ten people is allowed as long as no one involved is in a vulnerable or at-risk group or has been ill within the previous period, and as long as physical distances are maintained. Wakes or memorial services are also permitted with a limit on attendees.

- Commerce. General opening of commercial businesses that are not part of a shopping centre, with 30 percent of normal clientele allowed at any time, practising social distancing with at least 2 metres between clients and with a timetable that gives preference to those over age 65. Open-air markets are to have a limit of 25 percent of their previous capacity of stalls in order to assure distance between them, or all of the stalls can remain as long as the area of the market itself is made larger.

- Restaurants and bars. Those with outdoor seating can open their terraces, but with only 50 percent of their usual capacity.

-Hotels. Hotels can open, but all of their common areas must remain closed. 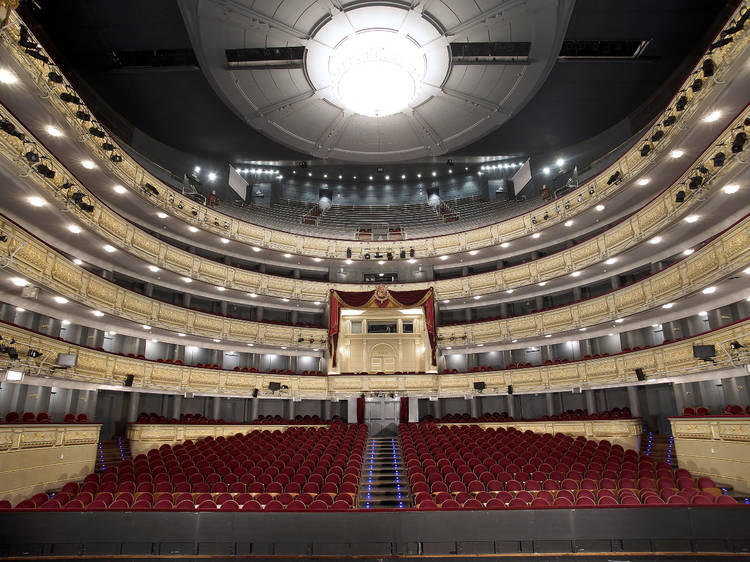 The third of the phases is set to go into effect on May 25, with the following modifications:

- Social. Larger groups can get together (numbers have not yet been specified). And anyone who has a second home can make the journey there, as long as it’s located in the same province as their primary home. Weddings and wakes/memorials are permitted with a limited number of guests in attendance.

- Commerce. Shopping centres can open, though no one is permitted to relax or play in common areas. Capacity must be limited to 40 percent, and with a timetable that gives preference to customers over 65 years old. Market stalls can increase from 25 percent of their capacity to 30 percent.

- Restaurants and bars. Except for nightclubs and late-night bars, customers can sit to eat or drink inside, at tables only, with a guarantee of safe distance between each customer at a table and between each table. Capacity is limited to 30 percent.

- Culture. Cinemas, theatres and auditoriums with assigned seating and a capacity limited to a third of their maximum can open, as can monuments, conference and exhibition halls, and other cultural venues, all with a regulation and control to keep groups from congregating. Performances in closed spaces can increase their capacity to 50 people in indoor venues and to 400 in outdoor venues, with the same restrictions of maximum capacity and social distancing as in Phase 1.

- Hotels. Common areas can now open at a third of their capacity, except for hotel bars and restaurants, which must operate under the restrictions outlined above for these spaces. 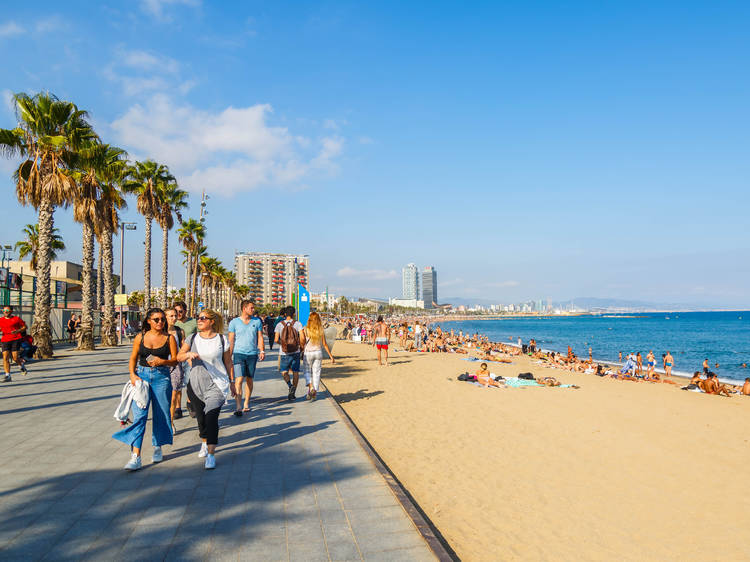 The idea is that on June 8 we move into the final phase of the de-escalation plan. In this stage the following changes apply:

- Social. Restrictions are relaxed for social contact, and a larger number of guests are allowed at weddings and funerals.

- Commerce. Common and play areas in shopping centres are open, though the capacity must be limited to 50 percent, and social distancing of 2 metres must still be adhered to. Markets can increase their activity to include 50 percent of their stalls or adjust the size of the market space to allow for a similar distance between stalls.

- Restaurants and bars. Capacity is increased to 50 percent, as long as safe distances can be guaranteed between clients, as on the outdoor terraces. There has to be at least 1.5 metres of space between clients at the bar, and nightclubs and late-night bars can open to a third of their capacity.

- Culture. All events that before were limited to a third of their capacity in the previous phase are now limited to just half of their capacity. Performances in indoor spaces can have up to 80 audience members, and up to 800 in open-air venues. Any remaining closed beaches can now open following restrictions and safety measures.

- Hotels. Common areas can increase their capacity to 50 percent, except for hotel bars, restaurants and cafés, which must follow the guidelines outlined above. 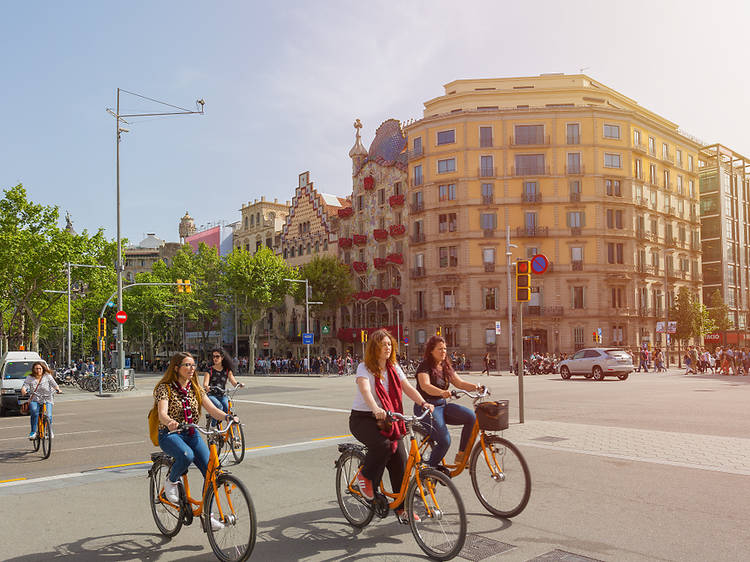 Once we get to this point, ‘social and economic restrictions end, but epidemiological surveillance, strengthened capacity of the health system and self-protection of citizens are maintained’. Getting here all depends on how long it takes to get through previous phases favourably, and on everyone’s behaving responsibly and following guidelines and restrictions to reach the new normal.