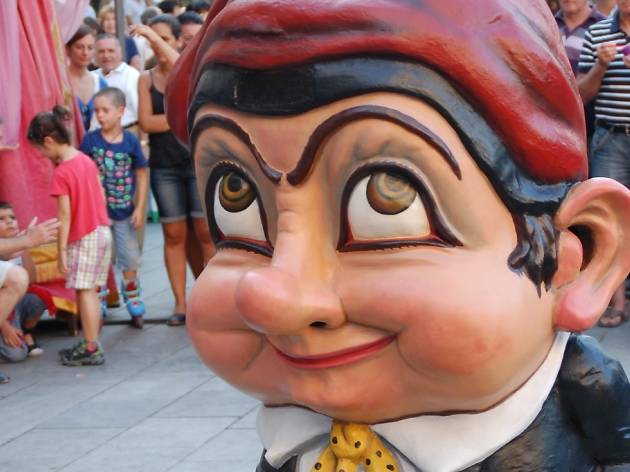 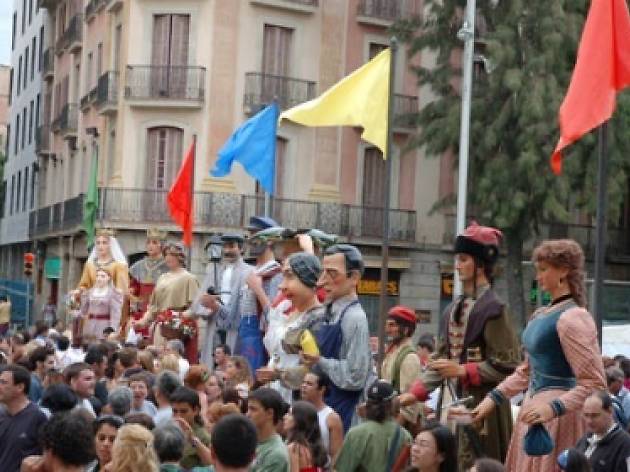 Also known as the Festa Major (big neighbourhood street party) of the Barri Gòtic, this is the oldest Festa Major in Barcelona, dating back to 1589. As in the medieval markets of the time, there will be plenty of activities going on over the four days of the party, as well as craft stalls. You'll find things to do for kids, social dances, traditional dances, fire runs ('correfocs') and loads of other goings-on to keep you celebrating.

On the first day, Wednesday August 14, the most traditional events kick off, including the inaugural parade through the neighbourhood (6.30pm); the raising of the flag and the climbing of the Cockaigne pole in Plaça Nova – which are repeated every day; traditional 'sardana' dancing at 7.45pm; and a night of dancing with the group Mashup Party Band starting at 10pm.

On Thursday the 15th, you'll find a collage workshop for kids in C/Roca (noon) and a habaneras concert from the group Arjau later (10pm). The day's main attractions are the XXXVII Dance of the Giants (5.30pm), with loads of giants characters from around the neighbourhood and beyond, and the performance from the human-pyramid-building Falcons de Barcelona (6.30pm). Later it's time for a sweet snack at the big 'xocolatada' chocolate feast (7.15pm).

Friday the 16th is Sant Roc's feast day, and the day kicks off at 9.30am with the Gran Traca Despertada – that is, a lot of noise to wake up the neighbourhood, courtesy of a parade of devils, 'bastoners' playing drums, dancers, neighbourhood beasts, giants and anyone who wants to join in on the fun. At 10.30am, in the Santa Maria del Pi church there's a singing Mass, and after there's a floral offering to Sant Roc in Plaça Nova (12.30pm) followed by the Centenary Dance of the Sant Roc Giants in Plaça Nova, as well as the 'Porró Llarg' (you're just going to have to see this one). At 6.30pm there's a kids' festival with puppets, magic, a drawing contest, and popular and traditional games. At night there's a dance with the Cocodrilo Club show (10.30pm) from DJ Albert Malla.

Saturday the 16th is the last day of the festival, and it starts with a collective mural-painting session with beverages and snacks in C/Roca (11am), which leads in to the Parade of the Barri Gòtic Eaglet and friends that heads out from Plaça Nova at noon. Later you can check out the Festa del Gos dog show (5.30pm), with an agility competition, or take the kids to the 'devils' workshops (7pm).

The Festa Major closes this year with a correfoc featuring the Barri Gòtic Devils, the Caldes de Montbui Devils, the Barcelona Víbria, and the Barcelona Mulassa, which starts out from Plaça Nova at 10.10pm; a fire castle at 10pm; and a concert from the band Nautilus at 11.15pm.