Getaway to the Prades Mountains and the Llaberia Serra

The Costa Daurada is not just about beautiful beaches. Mountains watch over the waves lapping at the shores, extending over the whole area and offering green slopes and pathways that tempt visitors to explore the land. Baix Camp, next to the Prades Mountains and the Llaberia and Pradell-l'Argentera mountain ranges, is an ideal place to spend a couple of days in lush nature. 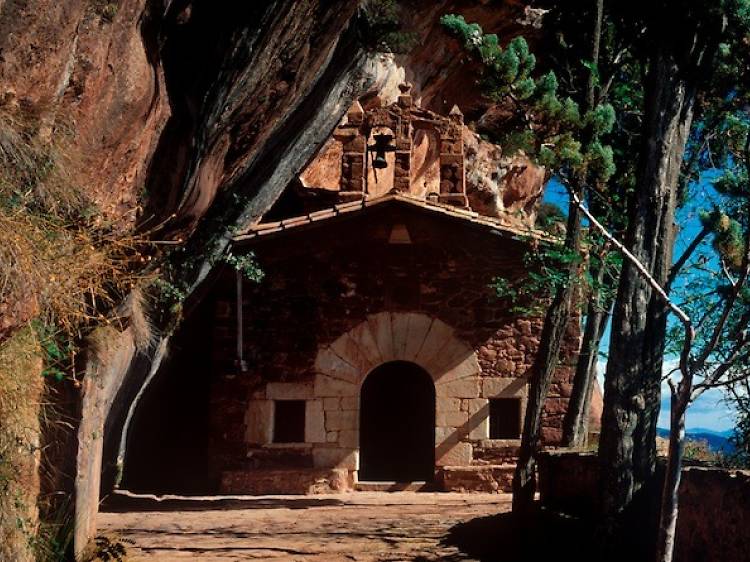 The Prades Mountains cover an area of 350 square kilometres of woods and farmland. It’s difficult to decide where to start, but Capafonts, is a good place; it's a peaceful village with beautiful views of the countryside, and with the main attraction of an original 13th-century bakery. Now found in the basement of the town hall, it was once part of a much larger area, but the part that remains today is very well preserved and now a museum. It was a working bakery until it closed down in 1985, which makes it very rare in Catalonia and an exceptional example of the region’s heritage. The village also houses some interesting old laundries.

Half an hour’s drive away is La Mussara, a village that was abandoned in 1959. There are lovely views over the Tarragona countryside, but perhaps its appeal comes more from its romance and enigmatic atmosphere. The village is part of Vilaplana, and in the middle of the ruins, the church and bell tower, built in the mid-19th century, still stand tall.

In the afternoon you can make the two-kilometre walk to the Abellera Hermitage, which dates back to 1570 and is built into a natural cave in the cliff side, making it a unique and beautiful building, with its red earth and cave interior. Here the patron saint of Catalan beekeepers is worshipped, and the Virgin’s crown (which normally she doesn’t wear) bears 50 silver bees, with the queen bee and the Prades coat of arms on the top. 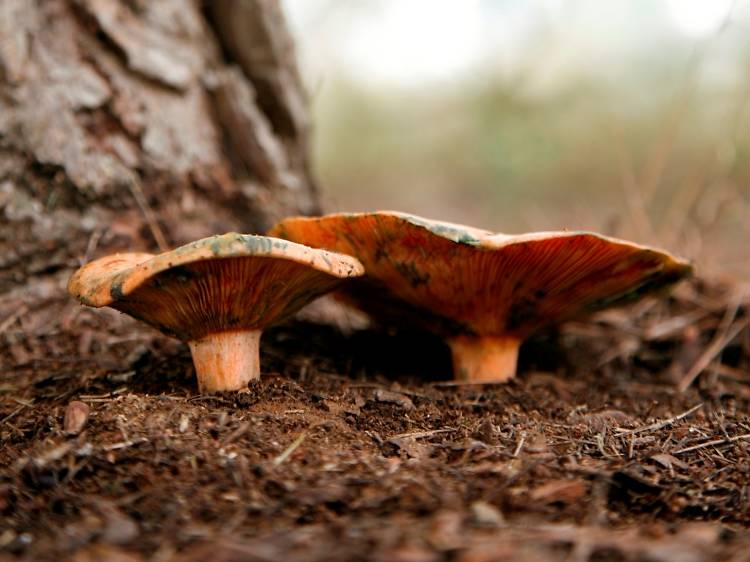 The Prades Mountains are mushroom territory, and in autumn you can fill your baskets to the brim. So this morning is reserved for the healthy pursuit of mushroom gathering, and you can take the opportunity to explore a new corner of the region at the same time. If your tastes are for the níscalo or the negrilla mushroom, the best place to forage is in the woods around La Mussara and the Motllats, or around Capafonts. Other types of mushroom prefer older woodland with dense undergrowth, and these can be found in the woodlands between Capafonts and Mont-ral.

You can have lunch in Prades and use it as an excuse to visit the streets of the red town. You can see the red brickwork in the church, the town walls, and many of the houses. The colour comes from the stone of the surrounding mountains, as you've already seen at the Abellera Heritage. The main square is a charming spot, and here you can also see one of the town’s emblems, its renaissance spherical fountain. Wander round the walled town, and take in the castle ruins, the Romanesque gates, and the quadrangular defence tower.
Advertising 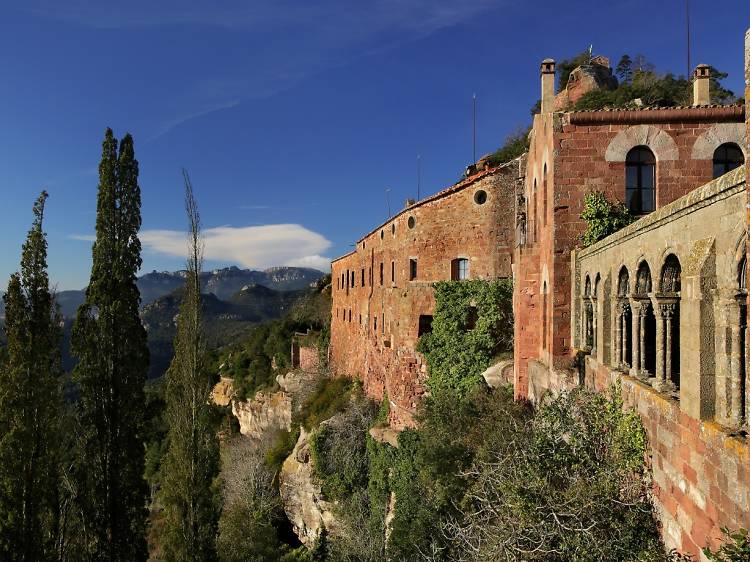 After lunch, move on to Mont-roig del Camp to see the hermitages of Mare de Déu de la Roca, of great devotion in Mont-roig, and of Sant Ramon de Penyafort. The Mare de Déu de la Roca hermitage is referenced as far back as 1230, as can be seen in its construction. The history of Mont-roig goes as far back as 1586, and the hermitage was built on the remains of an earlier castle, with a spectacular view over the mountains. You can appreciate the view even more from the Areny pass, where you can also see curious rock formations that look almost playful, but that have been formed over centuries by the strength of the wind. The architectural combination of the hermitages, which appear to be almost suspended, balancing on the mountain's peak, is something you won’t see anywhere else. Sant Ramon is at the top, rectangular and white, and Mare de Déu de la Roca, a little further down, includes several buildings with fragments of red and white walls, and is a sanctuary for the worship of an image of the Virgin sculpted in 1980 by local artist Francesc Javaloy.

Time permitting, we can round off the afternoon at the Sant Miquel d'Escornalbou Castle, also called the Monastery Castle, as it was first inhabited by Augustine monks and later by Franciscan monks. Following disentailment, and decades later the bourgeois trend for converting historic buildings to live in, the monastery was bought by Eduard Toda and renovated to his personal taste. The result is that Sant Miquel d'Escornalbou is today a fascinating mixture of styles and eras definitely worth seeing. 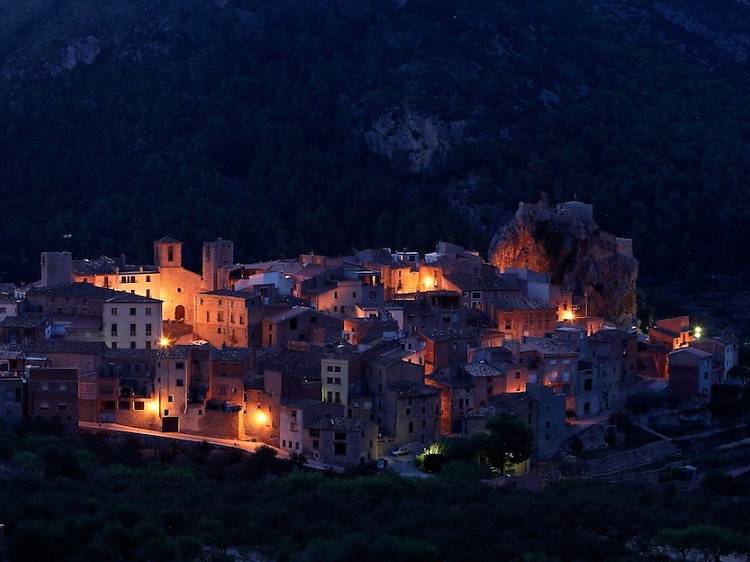 Spend the third day exploring the Serra de Llaberia and one of its prettiest villages, Pratdip. The name comes from the legend of the 'dips', black vampire dogs that disappeared in the 18th century. They feature in the Pratdip coat of arms, and there's a monument to them at the village entrance, as protection for the inhabitants.

Mythology apart, Pratdip is worthy of a visit. From afar it looks like a postcard village, and once inside, its medieval streets reveal a steep climb to the Ca la Torre, a 13th- or 14th-century defence tower in the town walls. Next to it is the church of the Nativitat de Santa Maria, which has been modified over the centuries but dates back to the mid-12th century, and closeby is a second defence tower, the Capet, which rises in splendour to 16 metres tall and was declared a Cultural Building of National Interest in 1985. The tower is accompanied by a well-preserved gateway with a semi-circular arch that was the entrance to the walled town. Also easy to find are the huge rock that crowns the Pratdip horizon, and at the top of the town, the remains of the medieval castle, from where you can gaze over the organised beauty of the surrounding cultivated lands.
Advertising 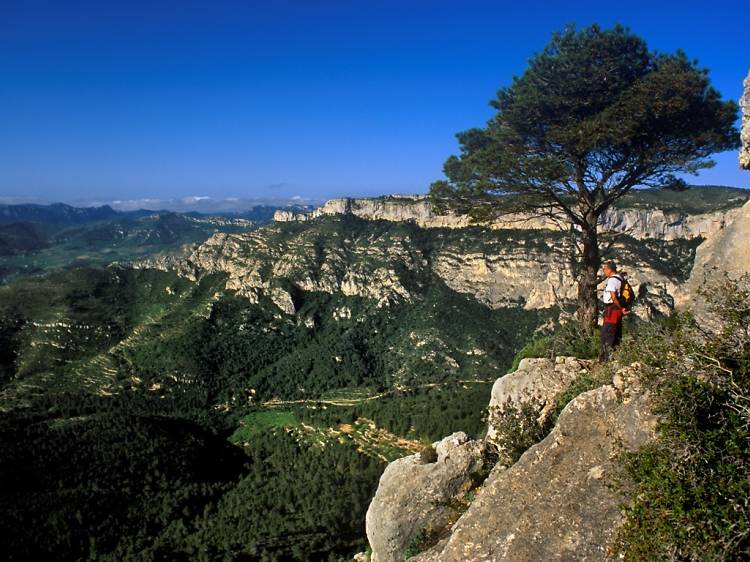 Pratdip has many great places to eat, and after lunch you can visit the Serra de Llaberia Study Centre, in the church square, with three themed areas set in an attractive building. The first offers information about the natural and cultural values of the mountain range, its infrastructure and the tourist activities available. The second is dedicated to Pratdip, and enter the third to discover a mysterious place where you'll learn four magical and mythological tales of the Llaberia mountain range.

This is the end of the visit, but if you still have the time and energy, we recommend a walk around the surrounding area. Follow the paths to see some of the mountain range’s features you learnt about in the Study Centre. 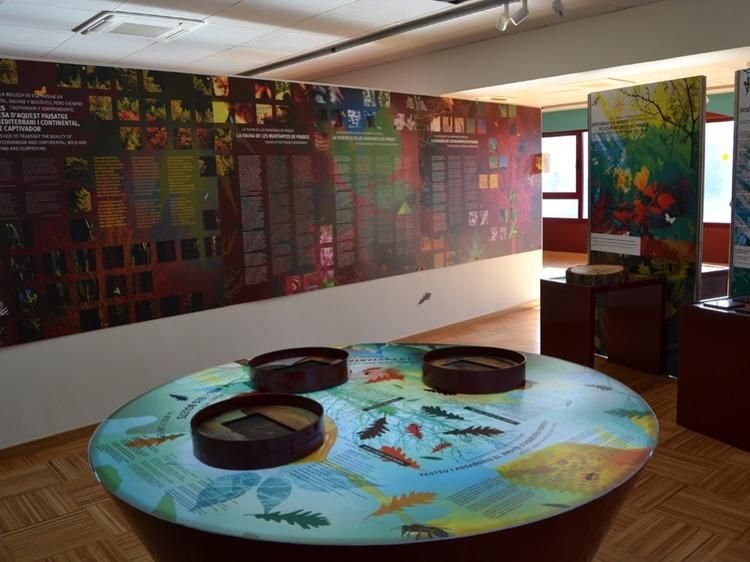 Audiovisual presentations and a museum visit based on interactive modules that engage all of the senses allow visitors to explore the natural and cultural wealth of the Prades Mountains. 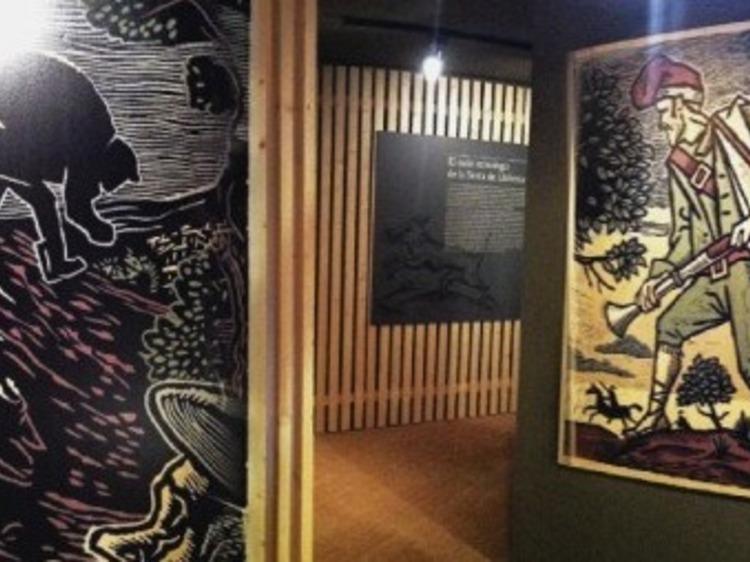 This centre has three thematic areas, the first offering information on the Serra de Llaberia mountain range, the second on the town of Pratdip, and the third, the most curious one, which explores the world of myth through four stories of magic.

A castle that is peculiar, to say the least, from a time in which the wealthy bourgeoisie acquired historic buildings and adapted them to their tastes to make them their homes. Eduard Toda rehabilitated a monastery founded in 1153, with excellent views of the surrounding area. So, Sant Miquel d'Escornalbou is part early 20th century manor house and partly the remains of a remarkable religious building. 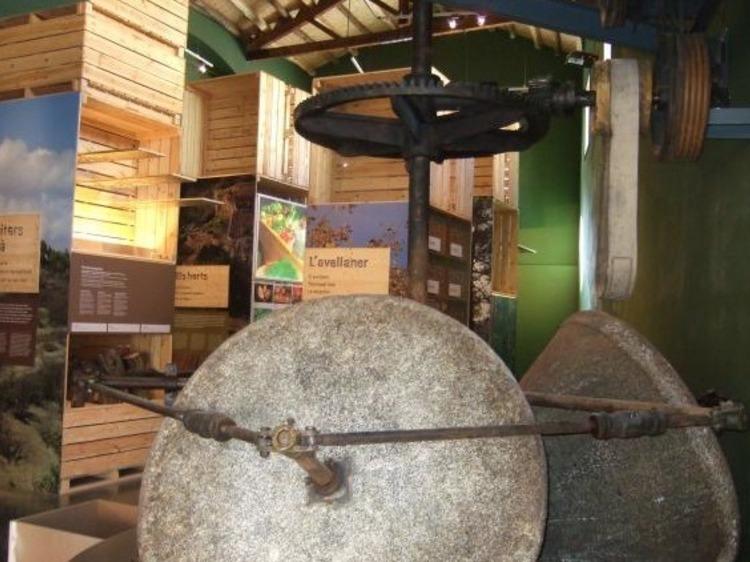 Fruits of the Landscape Study Centre

Located in the old mill and headquarters of the Agricultural Cooperative in Riudecanyes, here we can learn about the history and traditions of this inland region as audiovisual panels and interactive games take us on a trip through its landscapes and products.