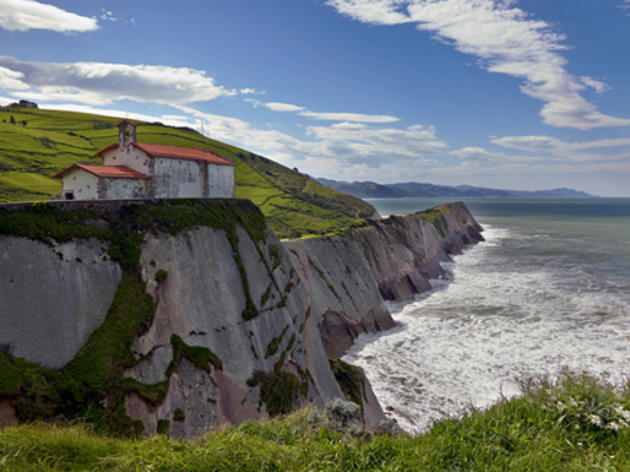 The towns of Mutriku, Deba and Zumaia, located a few kilometres from Donostia/San Sebastián, are home to some of Europe’s most important geological sites. Their geopark, the first one on the Cantabrian coast, is working to connect the local population and visitors to the natural and cultural heritage of the area. Visitors to the park can learn all about the ancestral beliefs and myths of the region, along with its traditions and religious and civil architectural heritage. However, perhaps the most striking thing here are the flysch, strange formations that reveal the rock strata created by centuries of tidal friction, providing an insight on how our world has been shaped. This part of the coast has been declared a protected biotype because of its geological value, but small sightseeing boats will give you a look. You can walk the coast from Mutriku to Zumaia, a trip that takes you through 50 million years of history. There are two ways to get back to Donostia/San Sebastián by public transport: by bus to the Amara neighbourhood, or by train, which makes various stops and takes only 40 minutes.
www.geoparkea.com 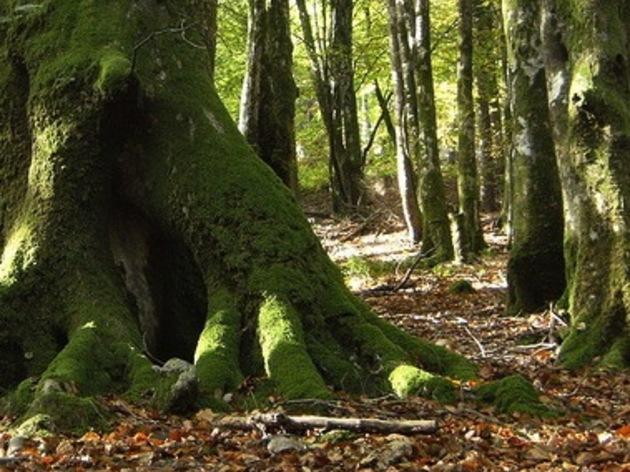 The rural estate of Artikutza in Goizueta, the wettest area of the Basque Country, is owned by the city council (you have to ask permission to get in by car, but not if you go on foot). This is a special landscape, one on which humans have left their mark since prehistoric times (there are prehistoric remains), and it’s easy to understand why Artikutza retains such charm for people today. It’s located in a mountainous cirque of notable orography and surrounded by the mountains known as Oiartzun, Lesaka, Arantza, Zubieta, Beintza-Labaien and Goizueta. The estate is big enough to hold 3,700 football pitches. The only way to reach it by road is via Oiartzun, specifically the neighbourhoods of Altzibar and Karrika, crossing the port of Bianditz until reaching the lodge house of Eskas. The road ends some 7 km after that, in Arikutza. After passing the house at Eskas, you enter the forest, and the first surprise is the colour of the trees. Massive layers of moss paint everything green; a sign of the microclimate experienced here with its high level of humidity.
www.donostia-artikutza.org 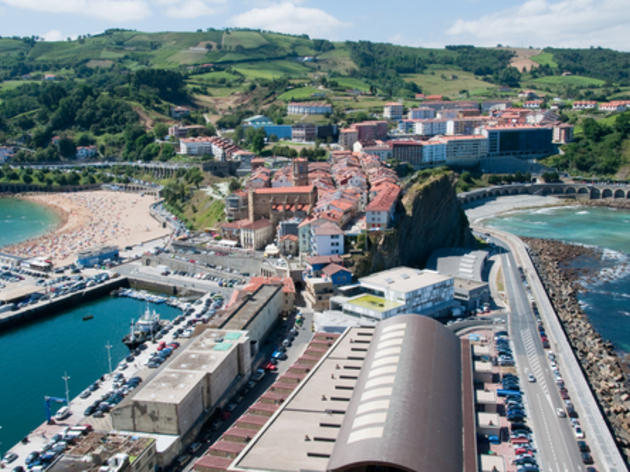 Getaria is 24 kilometres from Donostia/San Sebastián, heading east along the coast. The town might be small in size but it’s big on charm. It’s famous for its txakoli (sparkling white wine) and its seafood restaurants. You’ll also find the Ratón de Getaria, a rocky outcrop in the shape of a mouse, which is also visible from Zarautz and which you can get to via a picturesque walk. The outcrop, named after San Antón, is a nature reserve with a wide variety of flora and fauna. It was an island until the 15th century, when it was joined to the mainland by an artificial isthmus.
The route to the top takes you first to the lighthouse, which was formerly a post for watching for whales and keeping a lookout for signs of approaching gales. A bit further on is the highest point, with a small construction known as Katxapo and magnificent views of the Basque coast.
When in Getaria, have a look around the Balenziaga Museum, which opened in 2011 and exhibits pieces by the town’s famous designer.
www.getaria.net 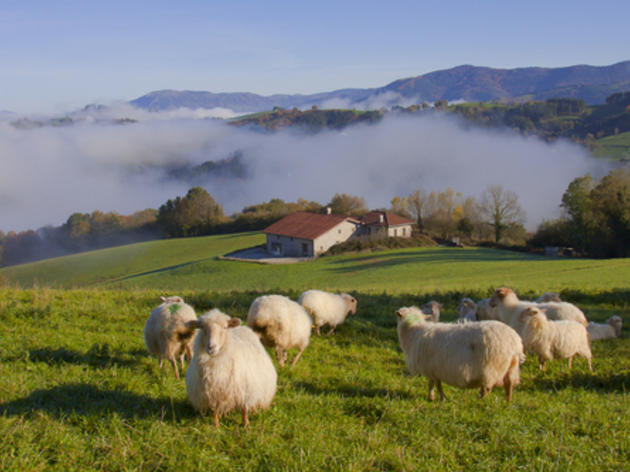 The green heart of the Gipuzkoa region is Goierri (www.goierri.org), which is recommended for lovers of the countryside and mountain scenery. Ordizia, Ormaiztegi, Zerain and Ataun will also enchant the weariest of travellers, as will Idiazabal, home to some of the country’s best cheeses. The town’s annual cheese festival is to be held this year on 5 May, and in March 2012 the town commemorated the 25th anniversary of its Denomination of Origin status. Segura, located in the same area, is also well worth a visit, thanks to its historical centre and the medieval magic of its narrow streets. Don’t miss the traditional market in Ordizia (every Wednesday) and Tolosa (every Saturday), where the farmers of the region descend with their produce.
Other options in the region including hiking and visiting historical sites of interest, such as the Roman mines in the nature reserves of Aralar and Aiako Harria, a mere 30 minutes from San Sebastián.
www.goierriturismo.com

Where to eat
If you’re taking the coastal road, stop off for seafood in Getaria. Iribar (Mayor, 34 / 94 314 04 06) prepares it in innovative ways based on traditional Basque recipes, as with their octopus with honey. If you’re heading for the Basque highlands of Goierri, try Lazkao Etxe (in the district of Aiestaran-Erreka, Zaldibia / 943 88 00 44). The cuisine, décor and setting are truly captivating.

Where to Sleep
For a bed with views over the Cantabrian Sea, try Hotel Karlos Arguiñano in Zarautz (Mendilauta, 13) or the Saiaz in Getaria (Roke Deuna, 25), which is sure to satisfy. Heading inland, there are rural options aplenty. The Ondarre (Beheko Arrabal, no number, Segura) or Ohiarte (Irukaketa-gain auzoa, Zerain 94 388 74 20 / 680 171 291) are also recommended.

Back to 101 things to do in Donostia/San Sebastián
Recommended