Classical music is ingrained in the German psyche, and seeing a Berlin opera or classical performance should be part of any culture vulture's bucket list of things to do in Berlin. From attractions like Sir Simon Rattle's legendary Berlin Philharmonic to opera houses that attract the world's premier stars, this is the place to see symphonic heavyweights such as Beethoven, Wagner, Mendelssohn et al performed in their natural habitat. But it’s also alive with contemporary innovation and the orchestral avant-garde. Here’s our guide to the essential music venues for classical buffs in a city that’s never quite come down from its Romantic heyday… 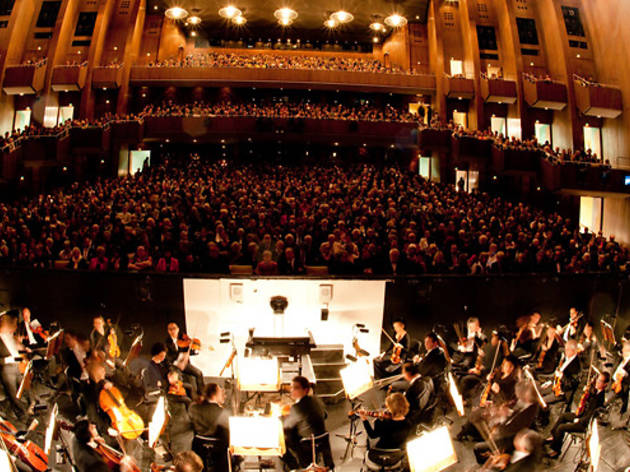 Posters on the U-bahn proclaim Berlin Opernhauptstadt (opera capital) – and with reason. Not only does Germany have one-seventh of the world’s opera houses, but Berlin itself can count on three state-subsidised opera houses – a record not even matched by Italy. This cultural richness is not only a legacy of the city’s long artistic heritage but also of its Cold War division. East and West Berlin were both awash with state subsidies in a bid to demonstrate the cultural supremacy of communist and capitalist philosophy. After reunification there was twice the amount of everything, and, as a result, Berlin now boasts enough classical music for two (or maybe three) cities. The austere concrete Deutsche Oper building contains a stark modernist interior built in 1961 by Fritz Bornemann. Under the current directorship of Scotsman Donald Runnicles, the repertory combines visually striking adaptations of classics like Don Giovanni and Rigoletto with modern works by Benjamin Britten. Cheaper tickets usually sell out in advance but it’s worth arriving an hour early to try for returns. 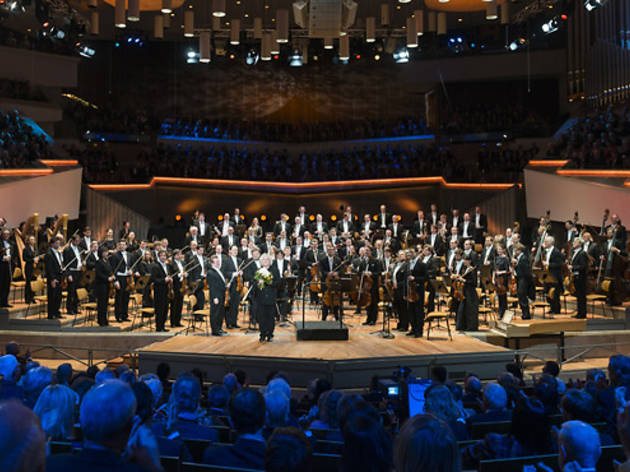 Berlin’s most famous concert hall, home to the world-renowned orchestra, the Berliner Philharmoniker, is also its most architecturally daring; a marvellous, puckish piece of organic modernism with superb acoustics. The hall, with its golden vaulting roof, was designed by Hans Scharoun and opened in 1963. Over its 120-year history, the Berliner Philharmoniker has been conducted by such figures as Peter Tchaikovsky, Edvard Grieg, Richard Strauss and Gustav Mahler – all elected democratically by the orchestra members. Its greatest fame came under the baton of Herbert von Karajan, who led the orchestra between 1955 and 1989, and was succeeded by Claudio Abbado. Since 2002, it has been under the leadership of Sir Simon Rattle. The Berlin Phil gives about 100 performances in the city during its August to June season, and puts on another 20 to 30 concerts around the world. Some tickets are available at a discount immediately before performances.

This former club house for craftsmen and DDR theatre workshop now presents a contemporary programme of dance, theatre, music and opera, with up-and-coming groups from around the world. If avant-garde is ever crowd-pleasing, then it's here. The largest of the off-theatres, the Sophiensaele is also the perfect venue for an assortment of theatre and dance festivals.

The Staatsoper was founded as Prussia's Royal Court Opera for Frederick the Great in 1742, and designed along the lines of a Greek temple. Although the present building dates from 1955, the façade faithfully copies that of Knobelsdorff's original, twice destroyed in World War II. The elegant interior gives an immediate sense of the house's past glory, with huge chandeliers and elaborate wall paintings. Chamber music is performed in the small, ornate Apollo Saal, which is housed within the main building. Unsold tickets are available for €10 half an hour before the performance.

Concerts here might be anything from a free organ recital to a chorus of Russian Orthodox monks. Exquisite acoustics.

Formerly the Schauspielhaus am Gendarmenmarkt, this 1821 architectural gem by Schinkel was all but destroyed in the war. Lovingly restored, it was reopened in 1984 with three main spaces for concerts. Organ recitals in the large concert hall are a treat, played on the massive Jehmlich organ at the back of the stage. The Konzerthausorchester is based here, presenting a healthy mixture of the classic, the new and the rediscovered, and the Rundfunk- Sinfonieorchester Berlin and Staatskapelle Berlin also feature.

The bare brick walls and sparse lighting of this dingy and intimate location make it look more like a dungeon than a concert and theatre location. It has an adequate sound system for its size, but does tend to get a bit sleazy towards the early hours. It is part of the riverside complex that includes the Badeschiff.

Don't expect to hear anything ordinary at this Kreuzberg cultural centre. A varied assortment of western and oriental music is on the menu, with drinks and snacks in the café out front. The long, rectangular hall, which seats 150, plays host to the excellent Berlin Chamber Opera, among others.