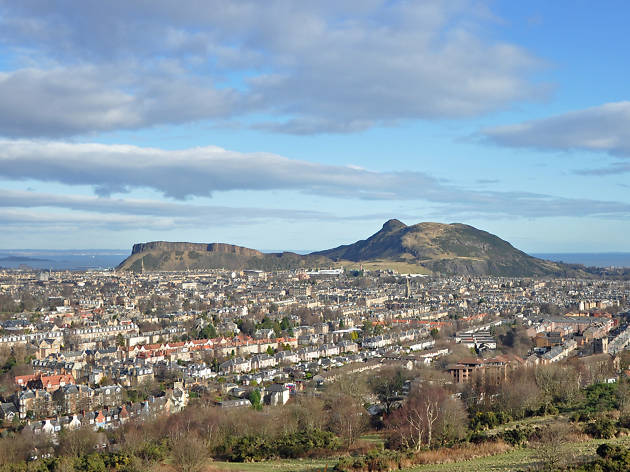 For a smallish city, Edinburgh’s certainly not short on green spaces, and you’ll do well to beat the vast, beautiful Holyrood Park. You can access Arthur’s Seat hill from various points in the park, but the slope veering up from Dunsapie Loch is your easiest bet, and well worth the effort given the stunning views of the city and beyond from the top. Beyond Arthur’s Seat, there’s loads to explore here, over the park’s 600 acre sprawl, from lochs and cliffs to the fairly accessible ruins of St Anthony’s Chapel. 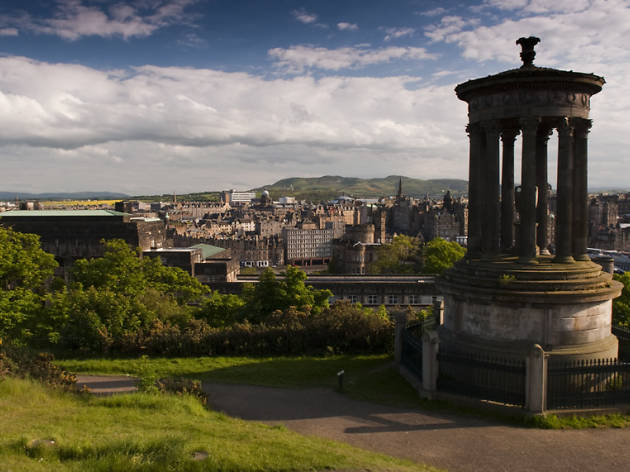 Calton Hill pops up just beyond the east end of Princes Street like Arthur’s Seat’s hyperactive younger sibling – lacking the gravitas of its big brother, it overcompensates with an almost ludicrous pick and mix of monuments. The National Monument of Scotland, the City Observatory, the Nelson Monument and the Dugald Stewart Monument are among the photogenic highlights, but even if you've left your camera at home, it's a nice enough grassy spot to stroll around on your lunch hour. 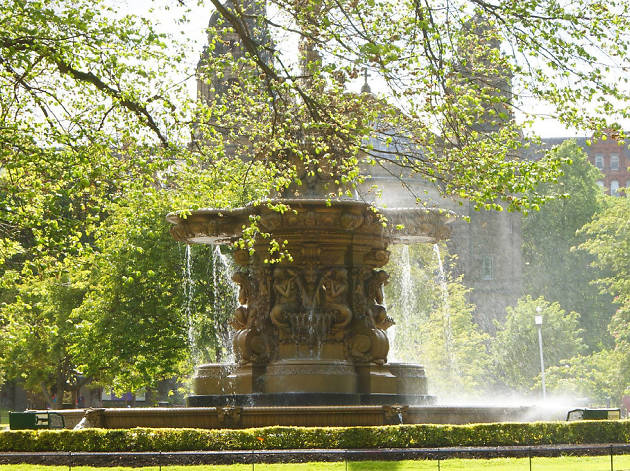 A former loch in Edinburgh's city centre, the gardens on Princes Street are now a serene, green space open to joggers, walkers and sunbathers year-round, with the occasional big event making use of the space. Fans of fountains and floral clocks are in luck, as it has both, while literary scavengers should keep an eye out for a discreet tribute to Robert Louis Stevenson. 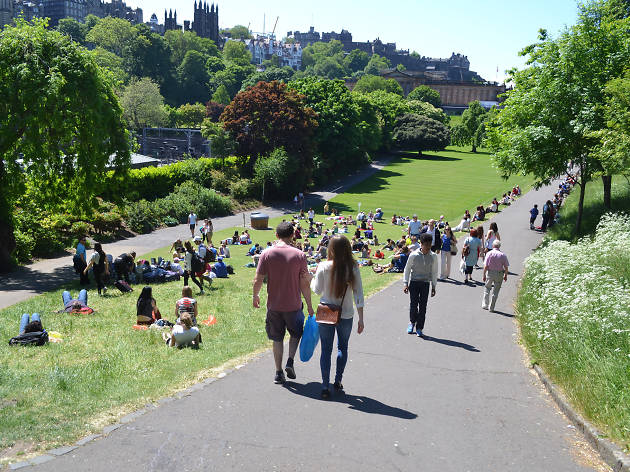 A smaller sibling to the more expansive gardens to the west, this hilly green space is home to the Scott Monument and seasonal attractions. It gets stuffed with sunbathers during the warmer months; if the weather takes a turn for the cooler though, you're well-placed to take shelter in the National Gallery of Scotland, whose cafe/restaurant overlooks the park. 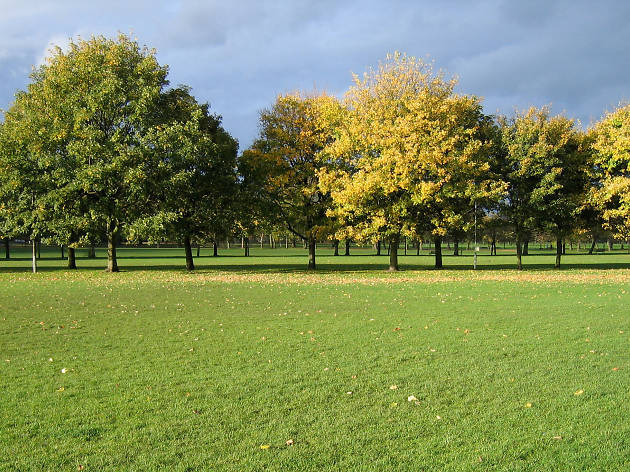 Unlike the much more sculpted and hilly Princes Street Gardens at the very centre of town, the flat expanse of the Meadows slightly to the south proves a magnet for joggers, sports teams and sunbathers, especially, as you’d expect, during the summer months. It’s accessorised with facilities on almost all sides – there are tennis courts, children’s play parks, a putting green, a cricket pitch and a pavilion café – but the main draw of the Meadows is the sheer wide openness of it, where plumes of barbecue smoke can be seen on pretty much every clear day from May till September. Swing by in August and you’ll also see one or two circus big tops masquerading as Fringe venues, while the community-focused Meadows Festival transforms the area into a large-scale market and entertainment jamboree every June. Keep an eye out for other mass gatherings as well, especially the newly minted Meadows Marathon and the Edinburgh Moon Walk. 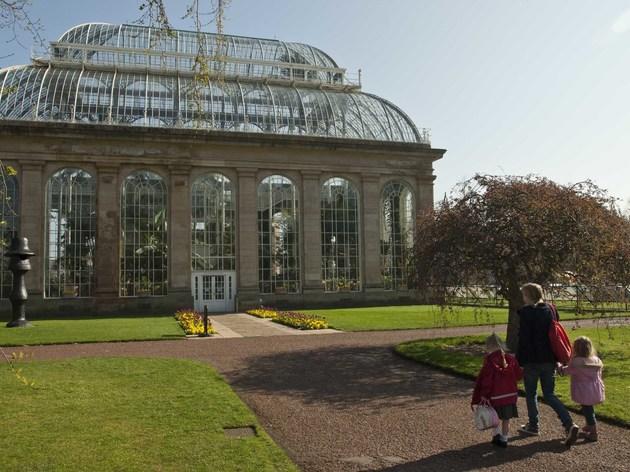 Edinburgh’s Royal Botanic Garden is a publicly accessible garden containing trees, plants and flowers from across the world, all cultivated for the purposes of study and conservation. It contains more than 13,000 living specimens across the garden itself and a grand Victorian glasshouse dating from 1858. 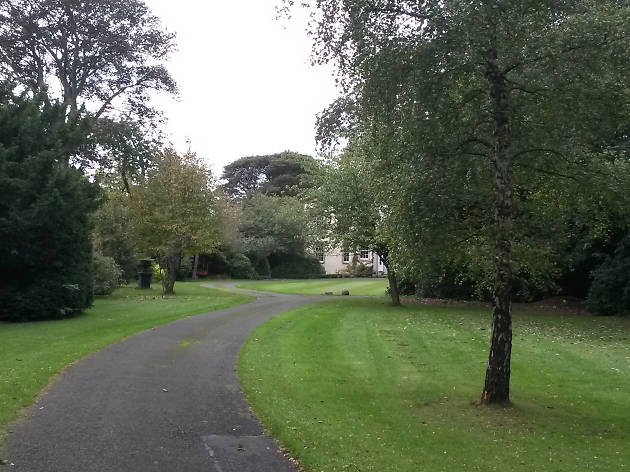 Large, flat and grassy parkland that lies opposite the Royal Botanical Gardens, with a great view of the Castle making it a popular spot for fireworks displays. It's also home to a number of large-scale events throughout the year, including the Foodies Festival and the Christmas Charity Festival. 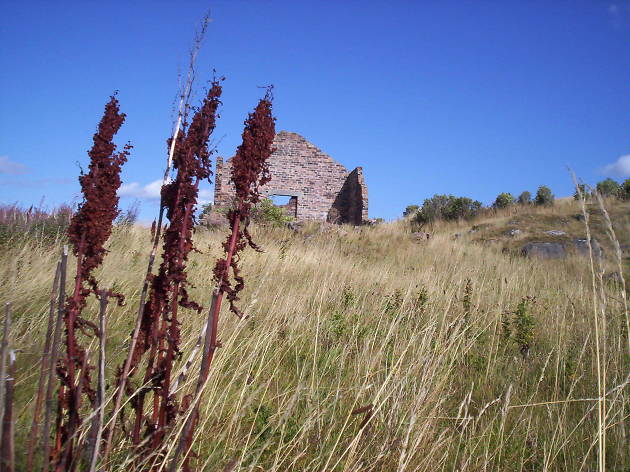 Only accessible via causeway at low tide, this atmospheric lump of rock off Edinburgh's north shore is a pleasant spot for an afternoon walk (made all the more rewarding by a welcoming inn back on the mainland). It's studded with WWII-era bunkers and gun emplacements, though the intervening years haven't been kind to them - in other words, watch your step for broken glass if you fancy exploring inside them.