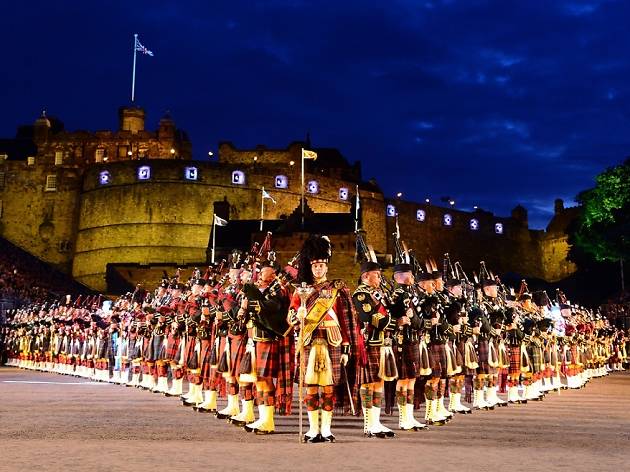 Taking place all through the Festival on the Edinburgh Castle Esplanade, the Royal Edinburgh Military Tattoo is a sound-and-vision spectacular that attracts sell-out audiences year after year. Here’s a guide for the uninitiated.

Just what on earth is it?
It’s a large-scale, outdoor, music-and-marching performance held in front of Edinburgh Castle every night from 7–29 August. It features military bands predominantly from Scotland and the UK, with additional international guests. There’s also choreographed dance performances and a visual element as well, usually in the form of son et lumiere light projections and fireworks. 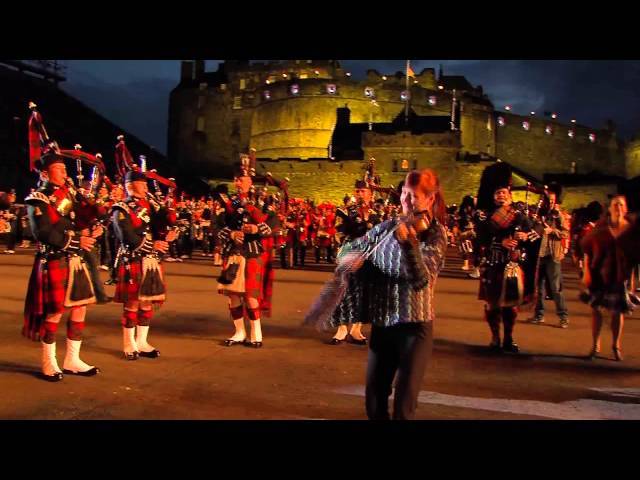 Why the ‘Tattoo’? Are they all inked up or something?
Nope – the name comes from the Dutch ‘doe den tap toe’, which roughly translates as ‘last orders’. Back in the 18th century, British regimental bands start playing when it was time for troops to quit the local saloons and head back to the barracks. From there it developed into a sort of late night ceremonial sign-off – a song before bedtime, so to speak.

Steeped in military tradition, then – doesn’t necessarily sound like a natural fit with the world’s biggest liberal arts festival.
We’d consider it more as a counterbalance: while the Fringe is all freewheeling artistic chaos and experimental risk-taking, the Tattoo prides itself on tightly orchestrated, precision-drilled professionalism. The Fringe welcomes all comers, regardless of talent or ability, so audience members are often taking a punt on something that could very well be rubbish; to perform in the Tattoo though, you have to have proved you’re among the most skilled musicians of your type in the world.

Like who?
This year’s extra-special guests are returning Swiss favourites the Top Secret Drum Corps. They were one of the first non-military bands to perform at the Tattoo, back in 2003; seeing as this is their fifth appearance, they must’ve made an impression. They’ll be joined by several regimental bands from the British Armed Forces; regular attendees include the Black Watch, the Royal Highland Fusiliers and the King’s Own Scottish Borderers.

Ok, cut to the chase – why should I go?
For visitors to the Scotland, the Tattoo ticks a lot of tourist checkboxes: bagpipes, kilts, swathes of tartan and a gigantic display of ceremonial pageantry. Not to mention the fact it’s backdrop is Edinburgh Bloody Castle – it’s the Scottishest thing you could do short of going on a whisky-and-shortbread binge with Jimmy Krankie and the Loch Ness monster. For everyone else, it’s an impressive, international, full-force demonstration of whip-smart choreography and thundering percussion – even if you think the concept’s a bit old fashioned, you’ll still be awestruck by the furious yet controlled power of it all.

Niki is digital content producer for Time Out Edinburgh and Glasgow. He insists he's had a beard since before it was cool. Follow him on Twitter at @boyleniki