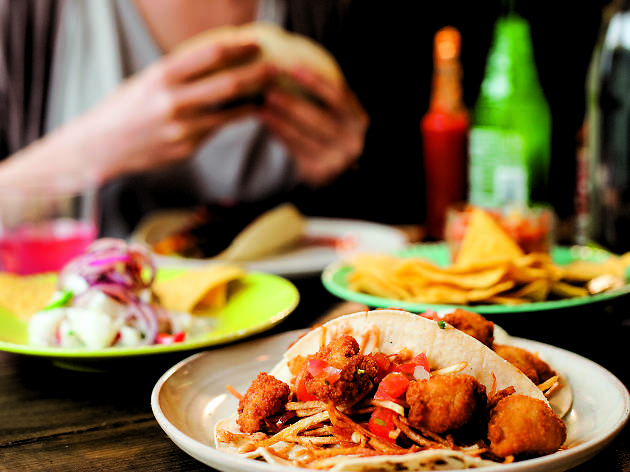 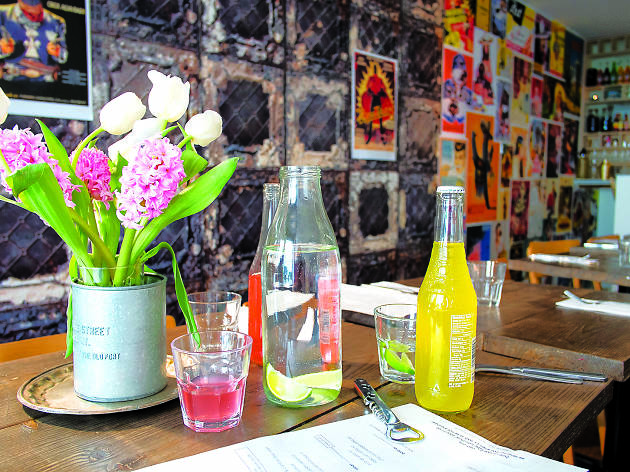 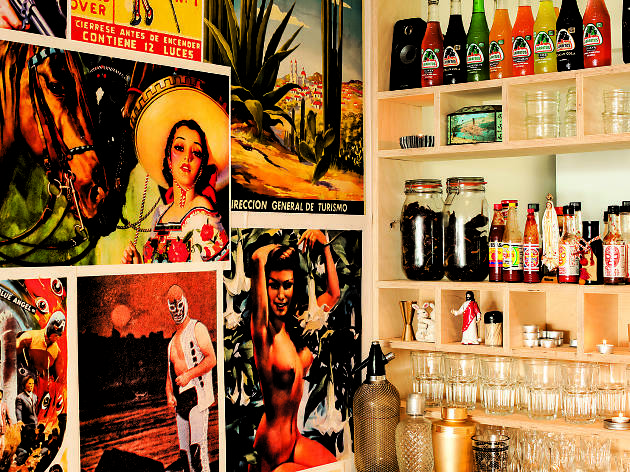 Edinburgh isn’t badly served for Mexican food joints these days, with more springing up all the time. Yet none of the other bill themselves exclusively as a tacqueria, and this small but perfectly formed storefront diner on Leith Walk has been building a reputation slowly but surely since it opened in 2013. Bearing just enough room for one long row of divided tables along one wall, it’s very much a mid-market choice, a more cultured step up from the nicely-worked, purpose-serving burrito joints around town, but not exclusive enough that you need think any more formally than a spot of convivial neighbourhood dining.

Promising a menu which is “fresh, focused and frequently changing”, the main event is a small but diverse roster of tacos sold in pairs which offers an unusual but decidedly appetising take on an old Mexican staple. For example the sample menu on the Bodega website lists pulled pork slow-cooked in maple and pineapple with homemade ‘slaw and sour cream or crispy cod bites with fried potato and chipotle mayonnaise. It’s street food style and the rest of the offerings are minimal (bits and pieces like corn chips with salsa, lime and chipotle sticky rice and some daily Mexican specials and desserts), but it’s the opposite of the kind of place which loads its menu because it wants to be all things to all people. Here at Bodega, they stick to one popular style because they’re good at it.