Barry Jenkins: ‘When people come up to me, I say “Yeah, I was that guy at the Oscars”’

The Academy Award-winning filmmaker on ‘If Beale Street Could Talk’, that Oscars’ night cock-up and an awesome movie lunch date

It’s been a heck of a decade for Barry Jenkins since he debuted with ‘Medicine for Melancholy’ back in 2008. His second film, ‘Moonlight’, won the Best Picture Oscar in 2017 – at least, after a mortifying mix-up involving Warren Beatty and a rogue envelope – and now he’s back with a powerhouse James Baldwin adaptation. ‘If Beale Street Could Talk’ is a love story set in the early ’70s in which a young African-American couple are separated by a racist cop. Frighteningly smart and a mix of urbane and quite sweary, Jenkins talks social injustice, #EnvelopeGate and his greatest ever lunch date.

One of the things that struck me about this movie was how little you’d need to change this story for it to work now.
‘Not a lot. This guy, Kalief Browder, just went through the same scenario as Fonny. He was arrested for stealing a backpack and he wouldn’t accept a plea deal because he didn’t do it. They locked him up for three years. When he finally got out, he killed himself. This happened in the last two years. This stuff is still horribly relevant.’

James Baldwin is such a significant writer. Why do you think he’s not been adapted before – at least, in English?
‘I think the estate is very smart and diligent and for whatever reason, it hadn’t happened. I was just fortunate that I was allowed to adapt this book. And it’s something that predates “Moonlight”. It wasn't a “Moonlight” thing – it started back in 2013 before “Moonlight” ever existed and the rights were secured before “Moonlight” had its amazing run. If you look into it, there are far fewer adaptations of black literary works than there are of other literary works, especially in a time where everything’s an adaptation.’

Do you see this as a political film?
‘I think so, but only in the sense that the novel is a political work as well. Baldwin wrote with many different voices but two of those voices were this protest novel voice and this sensual, very lush romanticism. That was what hooked me when I read the book. Most love stories are about two people and the world doesn’t matter, [so] to make a politically engaged romance is kinda awesome.’

Jenkins chatting to ‘If Beale Street Could Talk’s KiKi Layne

Your lead actress, KiKi Layne, is a real discovery. Is it true that when you tried to tell her she’d got the role, she screened your call?
‘Yes. It was a Tuesday morning and I called a few times and she didn’t pick up. KiKi’s a young actress who’d just moved to LA, she might have thought I was a bill collector or something. Then I texted her, “Heeey, this is Barry. Can you pick up the phone?” – which ruined the surprise.’

What has the legacy of ‘Moonlight’ been for you? Has it given velocity to your career as a filmmaker?
‘There's definitely been velocity. If I send an email or make a phone call, other than to KiKi Layne, people are going to pick up. What I see in that is in some ways a valediction of sticking by your friends – I still work with all my friends from producer all the way to gaffer and costume designer. It feels really validating to work in that work and to have this really beautiful thing happen – not the movie, because I can’t call my own movie beautiful – but the experience was pretty cool.’

Do you ever wake up with cold sweats thinking about that Oscars mix-up?
‘There are moments when I think back on it. People come up to me in airports and say “Hey, don’t I know you from somewhere?” It’s easiest to say “Yeah, I was the guy at the Oscars” and people go “Oh, that was crazy!” I’ve always said it’s bittersweet and now, two years removed from it, I’m in the sweet part. But it was a strange thing.’

Do you and Damien Chazelle ever chat about it?
‘I ran into him at a festival, we gave each other a hug and we both knew what was going to happen: all the phones came out. We’re intertwined.’

What was the first film that made you aware of filmmaking as a career option?
‘It was “Die Hard”. I’d seen it so many times on TV, where they speed through the credits. Then I saw it with the credits played at regular speed and I was like: Oh, huh! It takes all these people to make this movie... Years later I was walking across campus and saw a sign that said “film school” and decided to try it out.’

‘Die Hard’ seems like a good place to start.
‘I loved that movie. Still do. [Director] John McTiernan is a G.’

What films makes you laugh the most?
‘Oh shit. The Dave Chappelle film “Half Baked” always makes me die. There’s a trio
of movies from that era – “Half Baked”, “Office Space” and “Friday” – which kill me.’

‘I had an apprenticeship experience with Denzel damn Washington’

Lastly, is it true Denzel Washington took you out to lunch?
‘Denzel does this – whenever someone like me is new and breaking on to the scene, he’s really good at reaching out. It wasn’t “I’m Denzel, I’d love to work with you.” Not at all.
It was “Hey, ask me anything. Let’s just rap.” He was so cool; we had a three-hour lunch.’

Where did he take you?
‘I can’t do that because Denzel’s got his spots, but it was Italian. We ordered a lot of seafood and he told me about his career, his family, his approach to work, and he asked me about the same things. It’s how it was when people did apprenticeships. I had that experience with Denzel damn Washington.’ 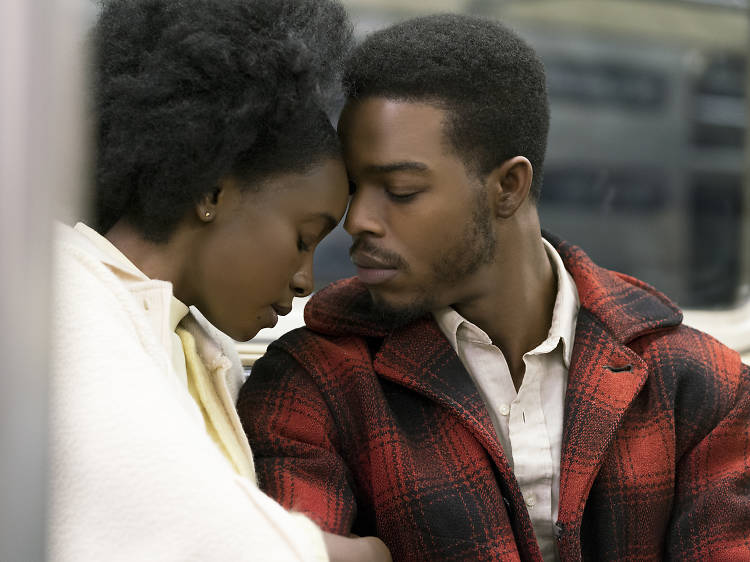