Ben Foster is the most undervalued actor in America – but not for much longer. The 34-year-old is stepping out of the shadows with ‘The Program’, for which he slips into the snug Lycra shorts of disgraced Tour de France winner Lance Armstrong. From the cycling superstar’s battle with testicular cancer to his public sporting disgrace, Foster plays Armstrong as a man driven by a near-psychotic need to win. It’s an Oscarworthy performance of fierce determination.

What was it about the role of Lance Armstrong that interested you?
‘I came in so ignorant, so naive. All I knew about Lance was that he’s a cyclist and guilty of doping. That’s the best part of my job: the opportunity to spend time on something I know nothing about. I read book after book. And the Tour of Colorado was happening, so I got down there, met lots of people who had ridden with Lance, his mechanics, his nutritionists. Then a couple of months later Stephen Frears said “You have the job, we start in six weeks.”’

You and Armstrong don’t look alike. What aspects of him were important to get across?
‘His position on the bike. It’s an extremely identifiable signature. He looks like a bird of prey. His hips are pulled under, his feet are turned slightly out. The way he hangs his head, it’s predatory. When you watch Marco Pantani on the slopes, he’s dancing up the mountain. Lance looks like he’s trying to destroy the bike. That brutality was very important.’

‘The story is simple. It's Christ on a bike’

Did you want to remind audiences of his charity work, of his battle with cancer?
‘It was important to go back and ask: what is the story? And the story is simple, it’s biblical. It’s Christ on a bike. He comes back from death and he saves the sick. He started this foundation – with profound sincerity, I believe – and raised half a billion dollars for cancer research. He saved lives, that’s stone-cold fact. And we forget that it all came from a human experience. But those who face mortality, particularly at such a young age – that changes you.’

Why did you take performance-enhancing drugs while making the film?
‘I wanted to understand Lance’s drug programme on a cellular level. It’s not illegal, I did it under a doctor’s supervision. Even the ritual of injecting yourself, it’s a textural experience I wouldn’t have known otherwise. I’m not suggesting anybody do this, but it was as informative as reading the books or talking to people. It’s all part and parcel.’

What effect did the drugs have on you?
‘The physical shifts are noticeable – your endurance levels go up. It’s not a psych drug, it doesn’t give you a high, but being able to push through your limits produces serotonin, which has its own addictive-bliss qualities. I took a calculated risk, and I’m glad I did.’

What were the withdrawal symptoms like?
‘It fucked my nervous system up, for sure. I didn’t come off the drugs as carefully as I should have, and there were consequences. I’ve now got them in order. But fair warning.’

You haven’t had a huge number of leading roles in your career. Why?
‘There just aren’t many roles that are so interesting. I read scripts and I get depressed. I could be reading a book right now! I could be taking a walk!’

That implies you’re not as crazily driven as other actors are.
‘Good! That’s wonderful to hear! I mean, I love this job, I love the opportunity to learn about things and experience them in a physical, emotional way. There just aren’t many people I want to spend that much time considering.’

You’ve said that you’d love to do comedy. What are the odds?
‘I’m still waiting. Lord knows, I don’t always want to watch something depressing or intense. Comedy makes your night better! I rewatched “The Jerk” recently and howled. Howled. I’d love to work with people who want to fool around. If you find a comedy, please send it my way!’

Read our review of ‘The Program’ 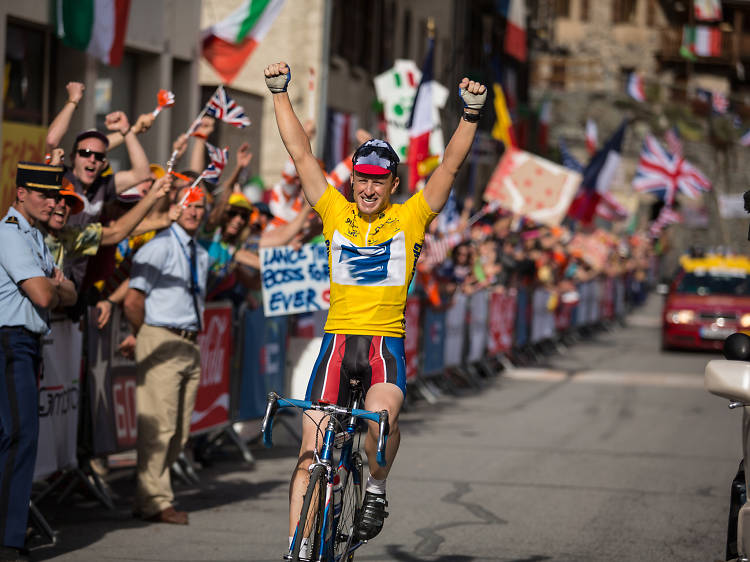 We know that Lance Armstrong, former professional cyclist and seven time Tour de France winner, is a liar and a drugs cheat after his 2013 mea culpa interview with Oprah Winfrey. So what else does this unfussy and unforgiving biopic, directed by Stephen Frears ('Philomena') and written by John Hodge ('Trainspotting'), offer audiences – especially those who are familiar with the story, who have read the books or seen Alex Gibney's excoriating 2013 doc 'The Armstrong Lie'?