In anticipation of the show’s return to TV in a six-part miniseries, we list The X-Files episodes you can't miss

Running for nine seasons and just over 200 episodes from 1993-2002, The X-Files is arguably one of the most important and influential TV shows—not just of the 90s—but of all time. The spooky, serialized science-fiction show delved deep into the paranormal through the investigation of unusual crimes by a believer and a skeptic—FBI agents Fox Mulder (played by David Duchovny) and Dana Scully (played by Gillian Anderson). Whether you're an X-Files veteran or a newbie to the series, we've picked the 10 best X-Files episodes that will make you want to believe. 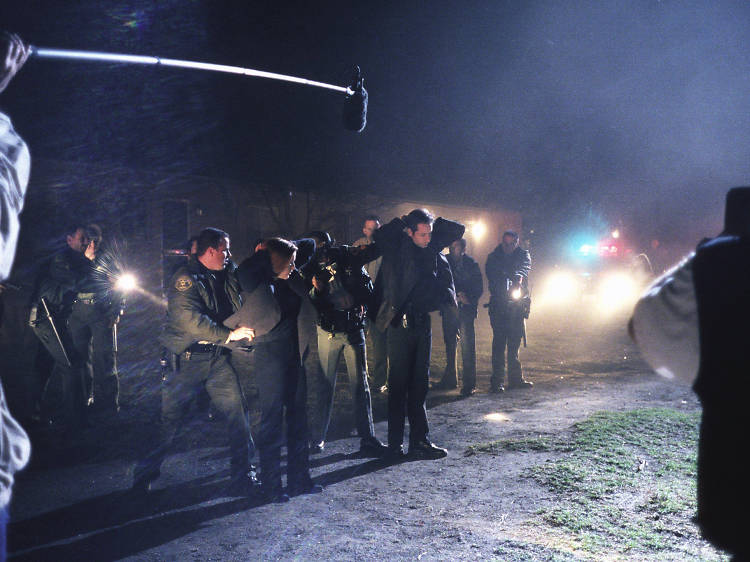 What happens when you cross The X-Files and Cops? A gimmicky episode in which Mulder and Scully wander onto the set of Cops while searching for someone—or something—that apparently takes the form of its victim’s biggest fear: a werewolf, Freddy Kruger, a virus, etc. The unconventional episode was shot entirely on handheld cameras and is one of two episodes shot in real time, making for a fun hour of TV. Also, who wouldn’t want catty gay couple Steve and Edy as neighbors? They’re amazing.

Memorable line: “It's hard to have a fast-track career in law enforcement when everybody thinks you're nuts.” —Wetzel. “Tell me about it.” —Mulder

In an incredibly creepy episode, mortuary employee and death fetishist Donnie Pfaster collects nail and hair clippings from dead women. Pfaster soon upgrades to kidnapping and murder, eventually setting his sights on Scully, whose hallucinations and PTSD add another layer of terror to the episode. Though The X-Files’ frequently focuses on the supernatural, Pfaster proves that the real monster can be the unassuming boy next door, a “devil in a button-down shirt.”

Memorable line: [To a prostitute] “It might be a good week to take that paid time off the boss owes you.” —Mulder 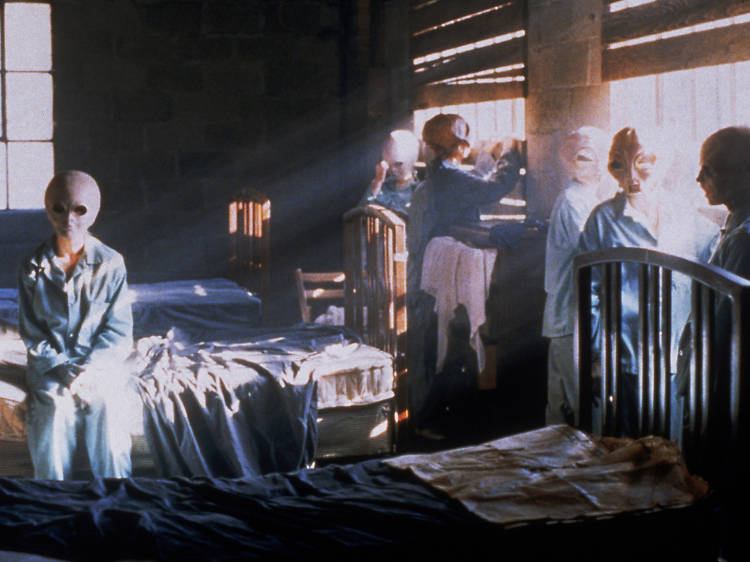 The second installment of a two-part episode exploring the mythology arc, opens with a scene showing soldiers rounding up and executing what appear to be alien-human hybrid patients from an abandoned leprosy hospital. Meanwhile, Mulder hitches a ride on a moving train to investigate a secret railcar, but—surprise!—there’s a bomb on it, forcing Mulder to make some quick decisions. Scully, separated from Mulder for the episode, searches on her own for answers about her abduction and the computer chip found implanted in her neck. The episode moves like a fast-paced Hollywood action movie, explosions and all.

Memorable line: “The NSA? Since when did they start issuing you guys piano wire instead of guns?” —Mulder 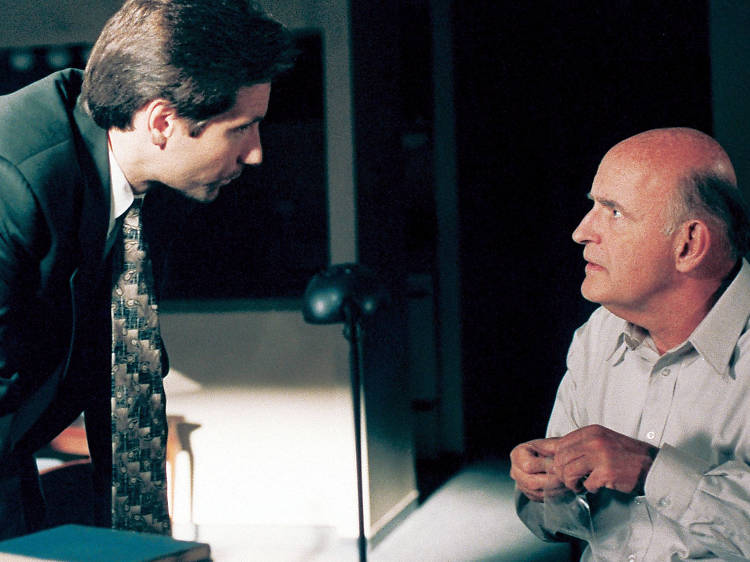 The episode starts with the murder of a fortune teller, with only her eyes and entrails left behind. While the lead FBI investigators enlist the help of a flashy faux psychic, the real psychic is Mr. Bruckman, who ends up finding the body and mysteriously knowing more about the crime than he should. Mulder asks Bruckman to aid in the case, hoping that the psychic, who can see how people die, will glean aspects of the killer’s future victims. Bruckman, played by Peter Boyle (who won an Emmy for his performance), carries the episode with his dry wit and cynicism.

Memorable line: “Do you receive any other impressions from it?” —Mulder. “It’s ugly. Next.” —Bruckman

On an uninteresting assignment investigating domestic terrorism in the form of “doodoo” (large fertilizer purchases), Mulder persuades Scully to go off-assignment when they witness a car chase gone wrong on TV. Written by Vince Gilligan and guest starring Bryan Cranston as Patrick Crump (who worked with Gilligan again for Breaking Bad), the episode becomes a gripping high-speed chase when Mulder is kidnapped by Crump and forced to drive west without going below 75mph (sound familiar?) to avoid a high-pitched, brain-blasting noise. Scully, meanwhile, searches for answers and uncovers government experiments involving low-frequency (ELF) sound waves on the Crump’s property. 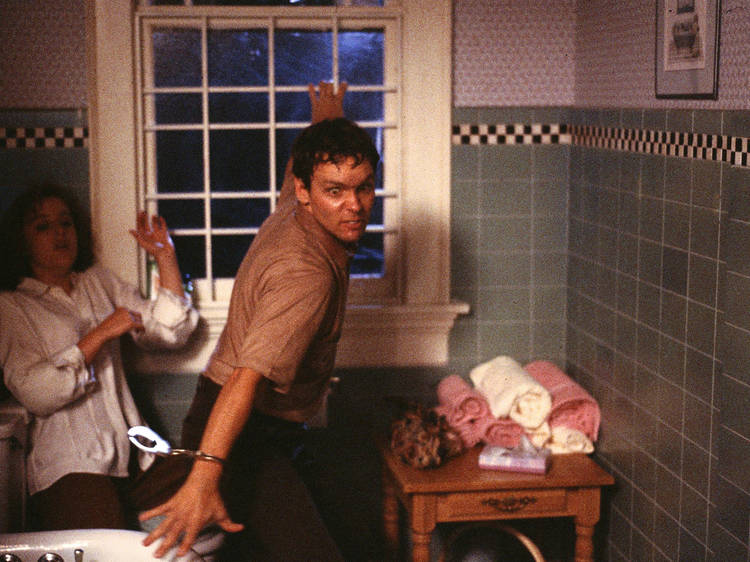 A very early episode in the series follows Eugene Tooms, a creepy, yellow-eyed killer who is able to fit into any space (no matter how small) and gruesomely murders his victims. This was the first monster-of-the-week story and established that the show was not going to be all about gray aliens and spaceships. The last scene is perhaps the most frightening: Tooms sits in jail while the camera cuts back and forth from his cell’s food-tray slot to his grinning face. Good luck sleeping tonight. 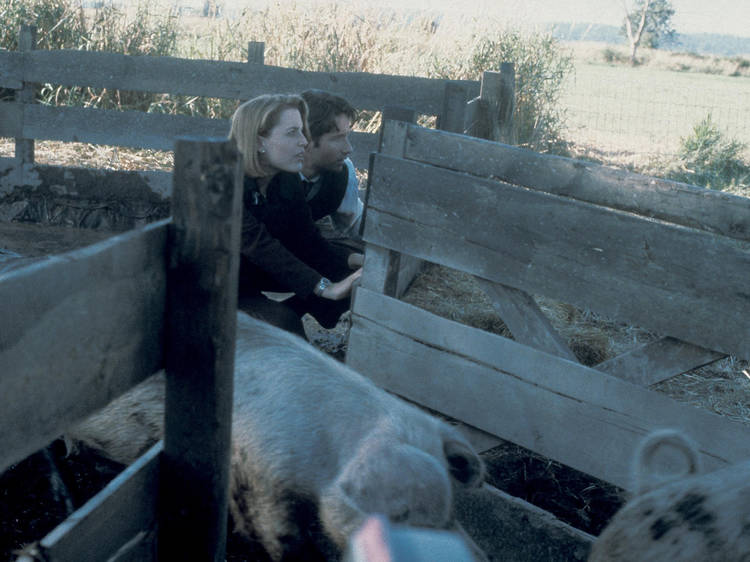 Arguably the scariest episode of the series, this was also the first X-Files episode to receive a viewer-discretion warning. In the episode, Mulder and Scully head to Home, Pennsylvania, to investigate the case of a deformed baby buried alive by three Peacock brothers, an inbred family with faces straight out of a Texas Chainsaw Massacre nightmare. With brutal murder scenes (one of them set to the soundtrack of a cheerful cover of Johnny Mathis’ “Wonderful! Wonderful!”), incest, a booby-trapped house and what seems like foreshadowing of Scully’s future pregnancy (“Goodnight, Mom”) this episode will give anyone the creeps.

Memorable line: “It'd be like living in Mayberry.” —Scully 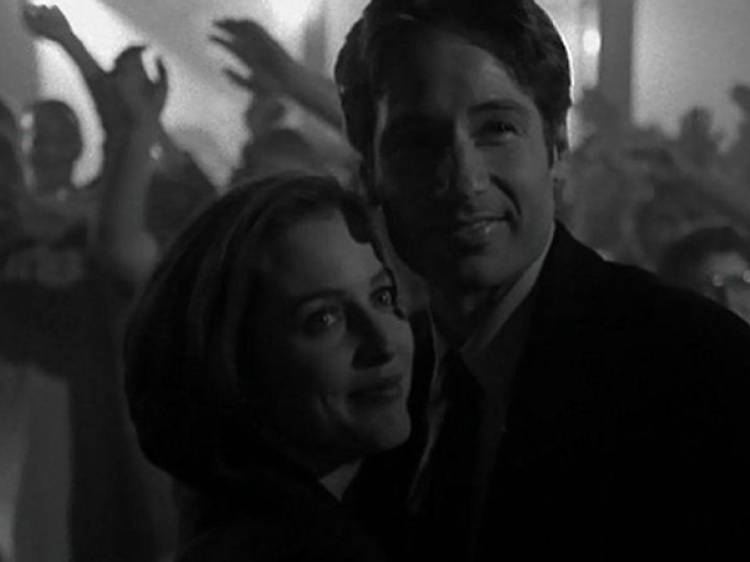 In an episode that unravels like a campy, black-and-white comic book remake of Mary Shelley’s Frankenstein, Mulder and Scully investigate a woman who claims she was mysteriously impregnated by the Great Mutato. The two agents attempt to find the culprit in a small town obsessed with The Jerry Springer Show and Cher. Though the singer wasn’t able to make it into the episode (despite reportedly being interested in appearing), Jerry Springer does play himself. The episode ends with Scully and Mulder driving the Great Mutato to a Cher concert—so everyone’s happy!

Memorable line: “Whoa! That’s not a place you want to burn a guy.” —Mulder 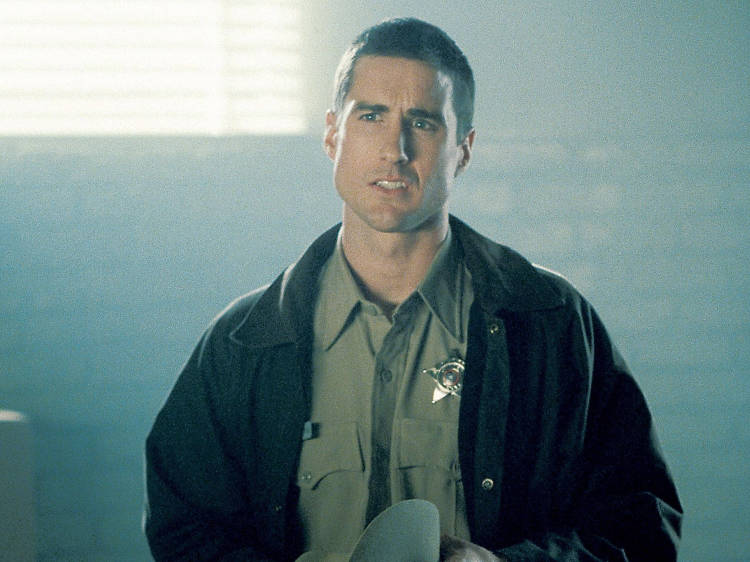 In what is easily the funniest episode of the series, Mulder and Scully recall the string of bizarre events that led Mulder to put a stake through young Ronnie Strickland (The Sandlot’s Patrick Renna) after mistaking him for a vampire. The agents must get their stories straight before reporting to Assistant Director Skinner, and it’s a Dick Van Dyke Show-inspired “he said, she said” scenario. There’s also Luke Wilson guest-starring as Sheriff Hartwell—a handsome, charming civil servant whom Scully is enamored with (while Mulder regards him as a buck-toothed hillbilly)—and a hilarious scene where Mulder drowsily recites a line from Isaac Hayes’ Shaft.

Memorable line: “Have you noticed this man’s shoes are untied?” —Mulder 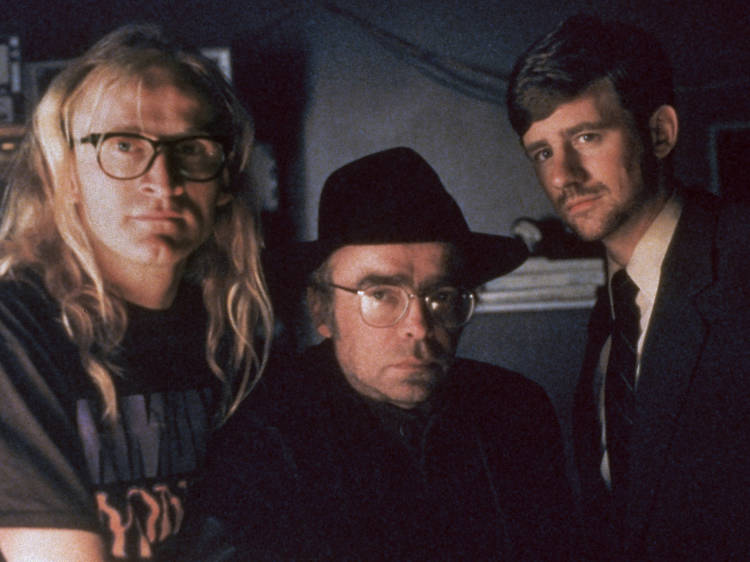 Crucial to the overarching mythology of the show, this episode picks up from the previous one as Scully and Skinner have a standoff over a digital tape that will finally expose the government conspiracy. Scully and Mulder—who’s back from the dead unbeknownst to the Syndicate—eventually find their way to an old mining facility that holds row after row of medical records of alien abductees, including Scully and Mulder’s sister, Samantha. Paper Clip is a fast-paced search for answers that has everything an X-Files fan could want: government conspiracies, Native American folklore, aliens, spaceships and Nazi scientists. The last glorious scene will leave you dumbstruck.

Memorable line: [To the Cigarette Smoking Man] “Pucker up and kiss my ass.” —Skinner